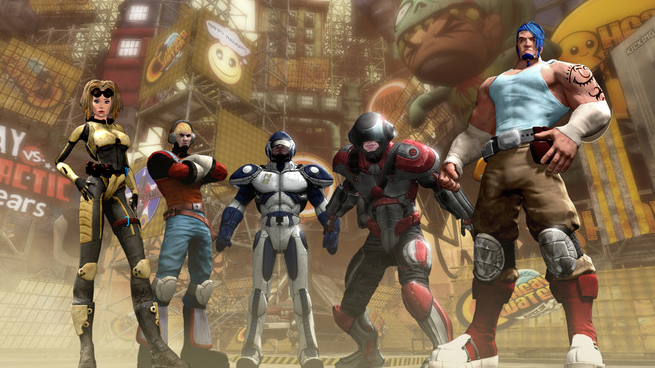 The new year is kicking off with an interesting game company Kickstarter project. Heavy Water is raising money today for a set of world-building tools dubbed the Axis Game Factory. The aim of the San Diego, Calif.-based company is to enable game players to design, create, build, play, and share their own games. 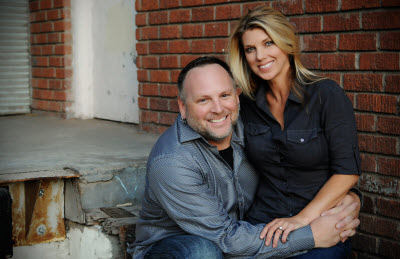 Heavy Water hopes to raise at least $400,000 in the next month via the crowdfunding site Kickstarter. The game factory is easy enough to use so people without formal game development training can create their own gorgeous 3D games. Do-it-yourself game development is harder than it should be, and this startup wants to change that.

“I designed a basic user interface with as few buttons as possible to keep it simple,” said Matt McDonald, co-founder of Heavy Water, in his Kickstarter video.

Gamers can drag and drop assets, as if they were pulling parts from a warehouse to assemble a prototype. Heavy Water provides a variety of themes, characters, cameras, game modes, and other assets. It also allows you to create your own custom objects for use in a game. The factory reduces the need to hire a bunch of artists and programmers to create things during a game project’s experimental stage.

“I have been creating my entire life and I can only imagine where I would be today if I had a tool like this when I first started in the industry,” said McDonald, a self-taught artist who grew up on welfare. “I just think of the games and movies people will be able to make with this, and my mind just starts to go.”

The system works with PC, Mac, and Linux-based systems. It allows creators to see things real-time as they create them. Heavy Water will provide scene and game-play editing tools, art asset libraries, custom models, and more. The company says it will enable players to create sophisticated 3D games such as first-person shooters, third-person adventures games, or 2D side-scrollers. Everyone from seasoned game developers to kids have been trying out the tools. The company hopes to formally launch the product in October, 2013, if the funding comes through.

Axis is built on top of the Unity 3D game engine. It has a “build mode” to create custom structures and objects such as vehicles and buildings. In design mode, you pull together your assets in a single environment to create your game scenes. You can also post your game and share it with friends to play. The system also has a “memory” feature that plays back every step a designer took in creating an environment, so that every scene created becomes a tutorial for the next creator. Players do not have to model, animate, or program anything in the product.

McDonald has been creating games for 22 years and self-publishing his titles for the last four. He serves as the creative designer. His wife, Tammy (pictured above, right), runs the company’s business operations. Heavy Water (doing business as Vision Scape Interactive) has been making its own games since the 1990s and contributed to more than 100 projects to date. The team has worked on titles including the Twisted Metal franchise, Jet Moto, Vectorman, Everquest, Star Wars, Tron, and MechWarrior. The bootstrapped team has 15 employees now and it accesses additional resources in India as needed. Tammy McDonald is a veteran executive producer on Heavy Water’s projects and was former lead agent at the game talent agency DDM.

Over time, Heavy Water wants to create a version of the Axis Game Factory that will produce tablet, iOS, Android, and console games as well. Rivals include Minecraft, GameGlobe, Jumala, and Roblox.

Mark Long, chief executive of Meteor Entertainment (publisher of the free-to-play game Hawken), said, “I love how Kickstarter has become this vibrant community for financing indie development. It’s become another intersection between fan and creator like Free to Play where players vote with their wallets. I’ve been beta testing the Axis Game Factory, and I’ve told Matt, ‘I hear cash registers ringing when I play it.'”