Hellblade: Senua’s Sacrifice won the “Games for Impact” award tonight at The Game Awards. The PlayStation 4/PC game is an unflinching portrait of mental illness, as it depicts a terrifying warrior’s journey into the depths of the Norse underworld — and into madness itself.

The game from British game studio Ninja Theory came out on August 8. I reviewed Hellblade in August and gave it a score of 95-out-of-100, the highest I’ve given this year.

Hellblade shows the haunting psychosis of the Celtic warrior Senua as she struggles with inner demons locked in a battle over her mind. 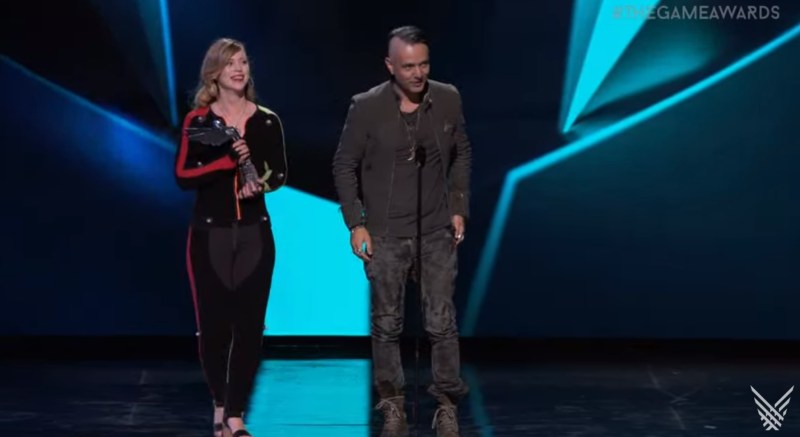 Senua’s story comes from a team that Antoniades led at Ninja Theory. The labor of love took four years for to make, and the studio infused the hack-and-slash fantasy with a realistic depiction of a character suffering from psychosis — or seeing things in the world that aren’t real. Senua can’t tell whether the demons she sees with her eyes or the voices in her head are real or not.

To refine this story, Biomedical research charity Wellcome Trust gave Ninja Theory a $395,000 grant to do research on mental illness, and that helped the studio make such an ambitious and research-based game on its own as an independent studio. Ninja Theory’s Melina Juergens created a video documentary of the research and the game’s development, and the company even created a website to find out more about mental illness. Juergens also won the award for best actress in Hellblade.