It takes gamers to raise a village.

Sustainaville, a new game from a partnership between the charity Save the Children and developers at Good Game Productions, goes into closed beta-testing the week of June 4 and launches this summer for PC, Mac, iOS, and Android.

(Save the Children is not to be confused with ChildFund International, which featured the late-night TV commercials where Sally Struthers begs you to “save the children.” While Save the Children also employed Struthers for later commercials, its most memorable campaign confusingly featured another Sally, Sally Field — who also urged people to, uh, save the children.)

The new game puts players in the role of relief workers, who are performing activities such as providing food and health care to families, ensuring stable water supplies, and preparing towns for earthquakes and hurricanes. The funds from all in-game purchases, including currency and special characters, go straight to the charity. 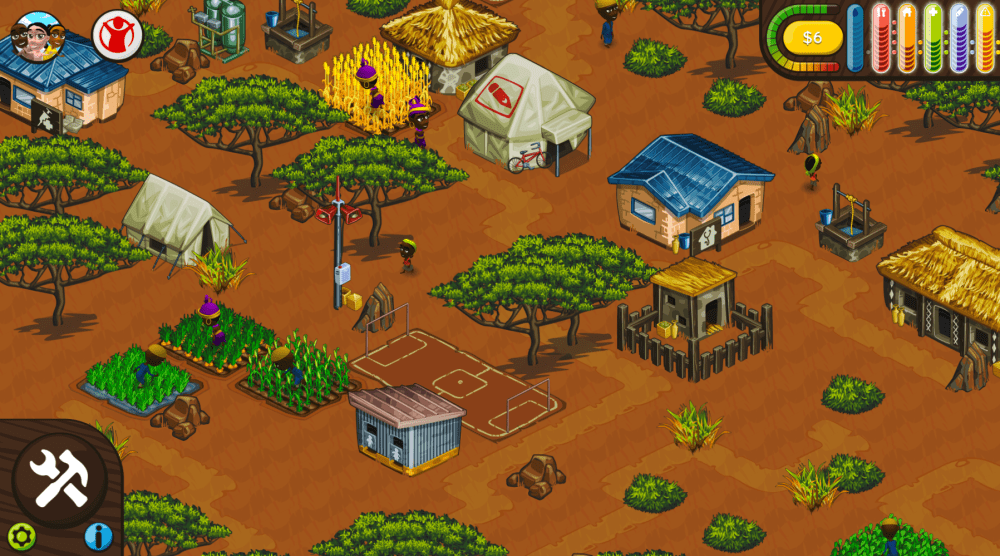 Above: Keep your village happy with things including food, education, and recreation.

“No game can adequately convey the effort and dedication embodied by Save the Children’s aid workers, some of whom have risked their lives to help children in need.  But it is our hope that through Sustainaville, players will gain a better appreciation for the challenges that aid workers face and, in their own way, work towards a better future for all children,” said Paul Ronalds, the chief executive of Save the Children in Australia, which is leading the project.

Save the Children claims to be the world’s leading independent organization for children. It was No. 22 on Forbes’ 50 largest U.S. charities list in December.