Microsoft launched its Xbox One X console around the world on Tuesday morning, billing the video game machine as the world’s most powerful console.

The Xbox One X features 4K resolution games and high-dynamic range (HDR) lighting. Microsoft claims it has 40 percent more performance than any other console and that the machine now has more than 50 Xbox One X enhanced titles available today that have been remade for 4K resolution. By the end of the first week, that will reach 70 titles. A total of 160 games are in the process of being enhanced for 4K.

They include Forza Motorsport 7, Super Lucky’s Tale, Assassin’s Creed Origins, Middle-earth: Shadow of War, and FIFA 18. Overall, there are now more than 1,300 games and 220 exclusives in the Xbox One library, and all of those play on the Xbox One X. One of the big ones coming soon is PlayerUnknown’s Battlegrounds, launching as an Xbox One exclusive on December 12. (Here’s our review of the console). 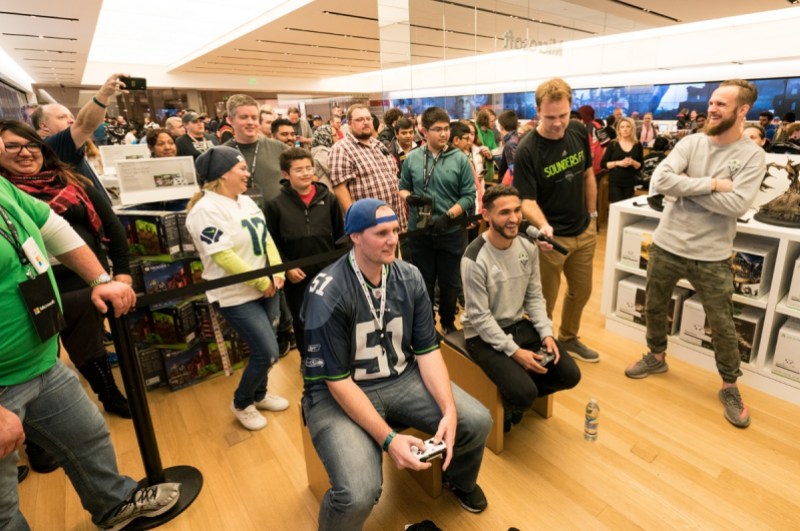 Above: Pro soccer player Cristian Roldan (sitting right) at the launch of the Xbox One X in Bellevue, Washington.

“We built Xbox One X to give game creators the most powerful platform to bring their visions to life and to give gamers the best console to play the games of the past, present, and future,” said Phil Spencer, the head of gaming at Microsoft, in a statement. “We’re excited to offer gamers the world’s most powerful console with access to the largest games lineup in Xbox history — more than 1,300 titles and more than 220 exclusives.”

Microsoft said that preorder sales were “incredibly strong,” but it didn’t say how many they were. It said fans should buy their consoles before supplies run out. The console is available in 35 markets, making it the broadest launch in Xbox history. It costs $500 in the U.S.

Market research IHS Markit predicts that Microsoft will sell about 900,000 units of the console during 2017 in the U.S. and the U.K. By comparison, the original Xbox sold more than a million units in its first holiday season in 2001. (I remember that launch from oh so many years ago). The Xbox One X will likely make up about 20 percent of total holiday season sales while the Xbox One family consoles will compose about 80 percent, IHS Markit said. 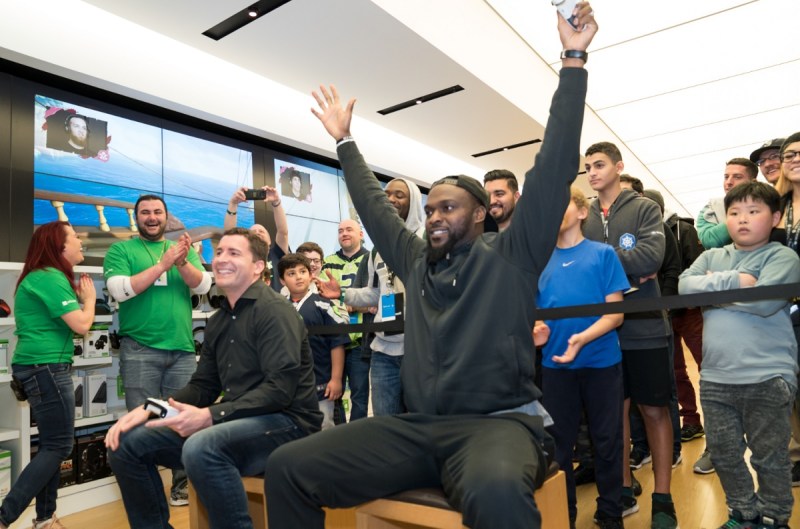 The first console was delivered in New Zealand via a fast supercar. In Sydney, Australia, Microsoft held a “Xbox Stay N’ Play” event in Pirrama Park. In Germany, Xbox set a new world record for the “World’s Largest Unboxing” after unboxing a giant Xbox One X in the Munich International Airport, and more than 700 fans celebrated the launch in Berlin’s largest 4K theater screen. And so on. You can see from the photos that a lot of gamers are happy out there.

In the lead-up to launch, Microsoft hosted a livestream on Mixer with celebrities including Chris Evans, James Corden, DJ Khaled, Chandler Riggs, and more. In addition, 16 years after helping Bill Gates introduce the original Xbox, Dwayne “The Rock” Johnson surprised three Make-A-Wish kids with their own custom consoles before the official Xbox One X launch.