Gamers are different in every country. And some new research by YouTube shows that some games are uniquely popular in just one country, and some games are popular across lots of countries.

YouTube sifted through its data to understand the distinct geographic quirks to gaming on YouTube. The division of Google selected the 25 countries with the highest gaming viewership based on time watched in 2016 on YouTube.

We made an analysis to understand the distinct geographic quirks of gaming on YouTube.

Only two games appear on the most-popular lists of all 25 countries: Minecraft and Grand Theft Auto V.

Gaming, often touted as being larger than Hollywood, is an international phenomenon, with a sprawling YouTube community. Since football is so popular in North America, Madden NFL 16 takes the No. 1 spot in the U.S. In France, Dofus is uniquely popular, while Puzzles & Dragons is strong in Japan, and Tanki Online is popular in Ukraine. Check out the maps for more data. 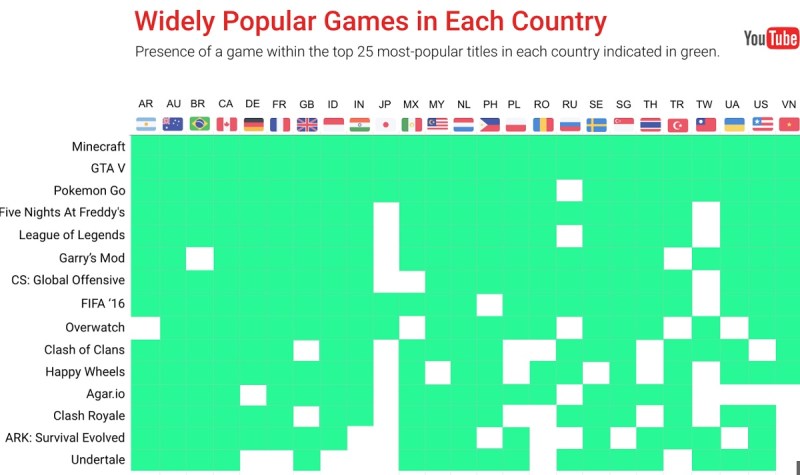 Above: Games that are widely popular in 25 top countries.