HD upgrades to older games are hit or miss. Some look remarkably better, while others suffer from the supposedly better visuals. But when it comes to The Legend of Zelda, Nintendo seems to have taken every precautionary measure to make sure its classic franchise holds up, even if the game in question is over 10 years old.

Maybe it’s because I haven’t played the original, but The Legend of Zelda: The Wind Waker HD (out this October for the Wii U) looked stunning when I saw it just a few days ago at Nintendo’s Redwood City, Calif. office. It looks and sounds like a game built specifically for this generation of consoles. That’s an amazing feat for a title that first came out in 2003.

A pair of Nintendo representatives helped me figure out what’s old and new in Wind Waker HD. Here’s a break down of the major changes. 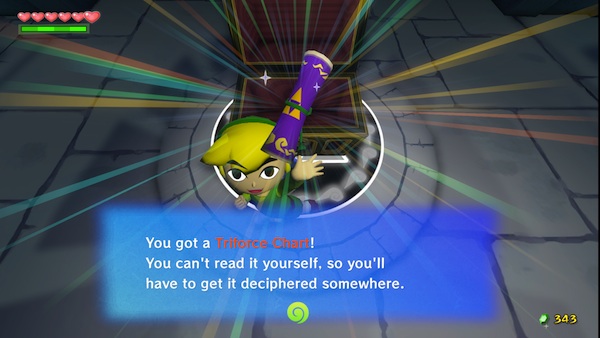 Above: You only have to find three Triforce charts (compared to the original’s eight).

Wind Waker HD brings back the Hero Mode difficulty option from The Legend of Zelda: Skyward Sword. Unlike Skyward Sword (or the other games with a similar “Second Quest” mode), you don’t have to beat Wind Waker to unlock it — you can turn it on or off at any time.In Hero Mode, enemies deal out double damage, and hearts aren’t sitting around the levels, waiting for you to pick them up (you can only use potions and bottled fairies to replenish health)

You no longer have to use the Wind Waker baton to change the direction of the wind when it comes to sailing (but you can still use it that way if you want to). The new Swift Sail feature enables you go full speed at any time. It’s available for purchase in the auction house as soon as you complete the first dungeon.

A less cumbersome hunt for the Triforce

Originally, you gathered pieces of the Triforce by finding charts in eight different areas scattered across Wind Waker’s world and brought those undecipherable charts to a character named Tingle, who read them to you if you paid him some Rupees. But now you only have to do the chart process for three of the pieces. You get the remaining five by going directly to their locations.

The Picto Box enabled you to take up to three black-and-white photographs (later on, these could be color pictures when you got the Deluxe Picto Box). It was useful for completing certain side missions. In Wind Waker HD, the Picto Box now stores up to 12 photos.

And in a move no doubt inspired by the dominance of social sites like Facebook and Instagram in our real lives, Link can now take pictures of himself. He has a dozen different expressions, like his wide-eyed look of surprise [below]. You can post any photos you take with the Picto Box to the Miiverse, Nintendo’s social network for the Wii U. 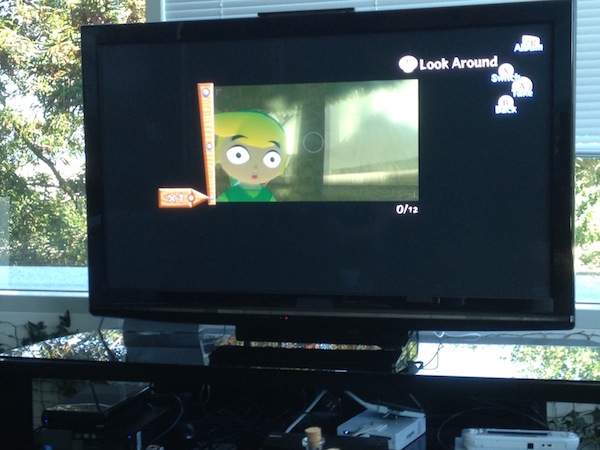 The Tingle Bottle replaces the Tingle Tuner, an in-game device that you used to talk to Tingle during your quest (as well as find Tingle statues) by connecting a Game Boy Advance to the GameCube. While you can still grab those statues, the Tingle Bottle uses the Miiverse to send and receive messages from random players. You find these washed up in beaches and other places in Wind Waker HD. Eventually, you can send your own posts and screenshots in those bottles for other players to find.

You can flip through your inventory and maps in real time on the Wii U’s GamePad controller, with a separate Bottles tab containing messages from any Tingle Bottles you end up finding. Wind Waker HD also supports Off-TV Play, so you can play the entire game on your GamePad if someone is using your TV.