When a mobile game has an awful launch, it may be easy to give up. But mobile game publisher Tilting Point managed to turn around the fortunes of one indie game, Photo Finish Horse Racing.

In the game, you can breed horses in an effort to come up with a racing champion. The title debuted in September, but was generating almost no revenue and no downloads. Tilting Point started doing user acquisition and platform relations for the game, and the results were pretty impressive.

“The lesson for game developers here is that if your game is not an instant hit at launch, all hope is not lost,” said Samir El Agili, chief product officer of Tilting Point, in a statement. “In fact most successful games are not instant successes. You have to apply the proper marketing efforts and you need experience with live ops and data analysis in order to have a shot at success with free to play mobile games these days. Our work with Photo Finish shows that good games can still rise in the charts, even after release, with the right team.”

The game was made by Third Time’s Ian Cummings, the former creative director of Madden NFL Football at Electronic Arts. On May 3, Tilting Point took over the user acquisition. Since then, organic installs improved 600 percent. Daily active users increased 20 times, and revenues are up 32 times. Of course, the amount of overall revenue is still very small, and the total number of new downloads is small as well. But the percentage increases are telling.

The game made it to the top-grossing games charts in 16 countries (hitting No. 58 in the United Kingdom). And user acquisition became positive in terms of return on investment within 24 hours.

Yes, it’s a self-serving argument, as Tilting Point offers publishing services. But you can’t argue with those results. Some developers need help with marketing and promotion. Others may need support in product management, monetization, or analytics. Tilting Point says one size doesn’t fit all. 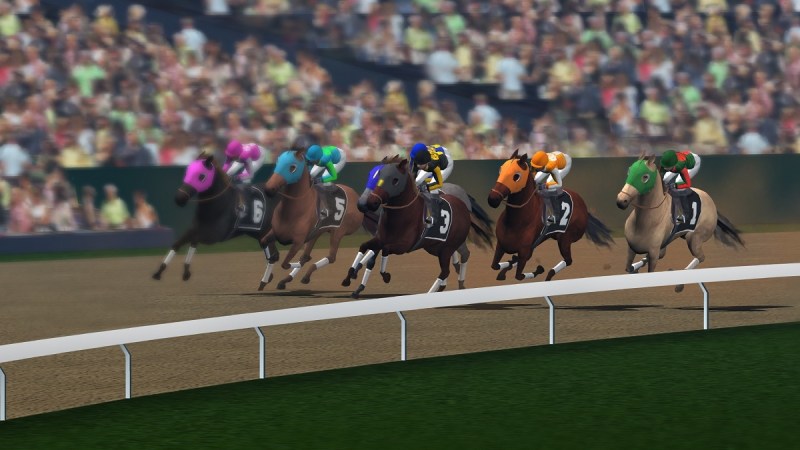 Third Time is a startup studio founded by Cummings, who previously co-founded Row Sham Bow and served as creative director of the Madden franchise at EA. When he started Third Time, he set out to tackle a new genre in sports, something different from the big budget pro sports titles he worked on for a decade.

When the launch didn’t go as planned, he turned to Tilting Point, which began running user-acquisition campaigns on time for the year’s busiest horse racing season, the Triple Crown. The developer also added a new horse-breeding feature. With those new features, the game became a candidate for featuring on the app stores. Tilting Point also advertised in markets where horse racing is popular.

“By leveraging revenue and retention data, we avoided fraud and unnecessary spend,” Tilting Point said. “Optimizing spend based on deeply segmented channel data made it possible to earn ROI back faster than ever.”

Cummings said, “When I finally released Photo Finish into the wild, I immediately realized that I was in way over my head when it came to marketing the game. Despite time spent at Zynga and other free-to- play studios, I still totally underestimated the amount of work and skill needed to make the game stand out in the app stores as well as get discovered by interested players.”

As for why Tilting Point chose to back Photo Finish, El Agili said, “From our evaluation we knew Photo Finish was a polished game with solid, fun mechanics and the right free-to-play ingredients. We also knew that horse racing is a popular but niche sport that would need strategic and targeted marketing to reach its fans. These conditions led us to believe that a sophisticated UA campaign could make a real difference for this title.”