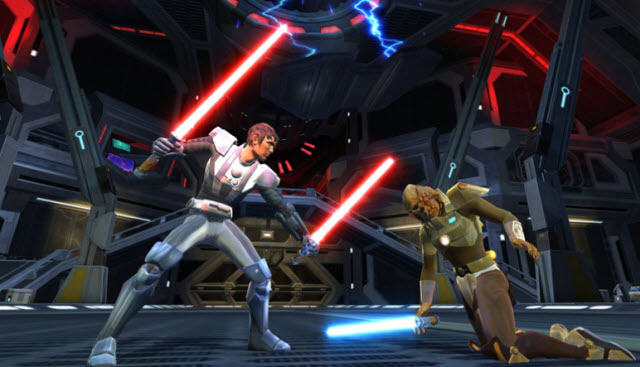 Star Wars: The Old Republic is one of the most ambitious undertakings in video game history. When the game launched in December, it was the fruition of six years of work by as many as 800 developers and an investment of an estimated $200 million. One of the secrets behind the successful development of the game was the HeroEngine, a development platform for building online games that was created by Maryland-based Idea Fabrik.

The goal of the engine is to break down the barriers to good online game development by creating a free-to-use solution that lets creators take over and push the technology to the background.

The Star Wars game is the first gigantic title to use Idea Fabrik’s HeroEngine, which was designed to enable designers of huge multiplayer games, or massively multiplayer online games, to quickly add content or update existing features on a continuous basis. While the Star Wars game required a huge number of developers, the HeroEngine tools helped streamline the process so that those developers could work more efficiently and so BioWare, owned by Electronic Arts, didn’t have to hire an even larger army of game makers. With the HeroEngine’s technology, developers log into the HeroBlade client, where they can code, drop in art assets and build the entire game.

This is no simple task, as at least one company that tried to do something similar, Multiverse, failed and brought down a number of projects with it. 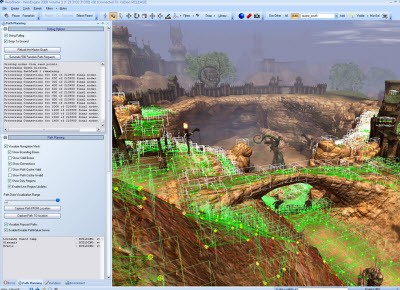 “Long ago in a company far far away,” the team was build a game called Hero’s Journey. It was an ambitious game with lots of features which allowed designers to continuously add new content into the game. They showed the game at E3 in 2005. Gordon Walton, who was one of the original leaders on the Star Wars game at BioWare, had worked on Star Wars Galaxies and other big online games. He saw the Hero’s Journey demo and told the team, “I need this” for a special project that was still secret at the time. He said he wanted to license the engine. Walton didn’t want to wait until after hero’s Journey shipped, since he was in a rush. He would take the unfinished engine and have his own engineers modify it. Walton licensed the engine for his BioWare team in Austin, Texas, and it onlysine became apparent later that they were using it for the Star Wars MMO. Were it not for Walton’s enthusiasm, the technology might have stayed in-house, rather than helping the entire game development community. Meanwhile, the Hero’s Journey was never fully finished.

The company  had to wait for a while until it got permission to talk about the Star Wars title. When we interviewed Neil Harris, chief operating officer, under the Simutronics company name a year ago, he mentioned it was also being used by ZeniMax for an unannounced MMO. Since that time, Idea Fabrik acquired the business from Simutronics.

Alex Shalash, chief executive of Idea Fabrik, said, “We saw HeroEngine as a very powerful tool set where through some changes in technology and additions of complementary services we could provide a new business model for smaller game studios in both the MMO and social game markets.” Idea Fabrik has now launched its HeroCloud service, which provides updated HeroEngine technology and a new service for smaller and medium-size game studios. It also supports developers after the launch with hosting and bandwidth to run games with lots of users. The free HeroCloud service also provides billing and marketing. Idea Fabrik gets paid via revenue sharing.

The Star Wars game proved that the HeroEngine works. Now there are thousands of developers using HeroCloud. Harris said that developers are getting to the market much faster than the Star Wars MMO took. Other MMOs are able to ship games in as little as 15 months.

The company has around 30 employees in Germantown, Md., as well as employees in Kiev, Ukraine and other offices around the world. Rivals include Unity Technologies, Epic Games’ Unreal Engine, but Idea Fabrik is putting a lot more emphasis on its cloud-based HeroCloud business than those players are. Idea Fabrik has raised several million dollars in funding and is publicly traded on the Boerse Berlin.