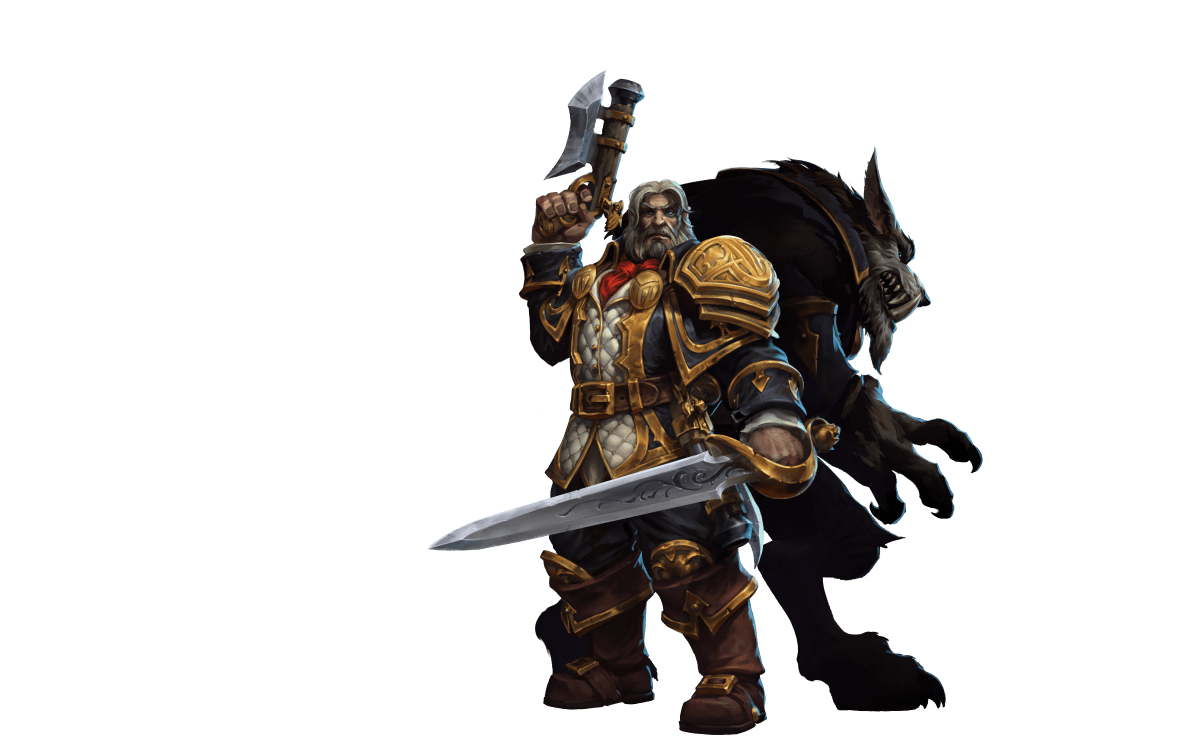 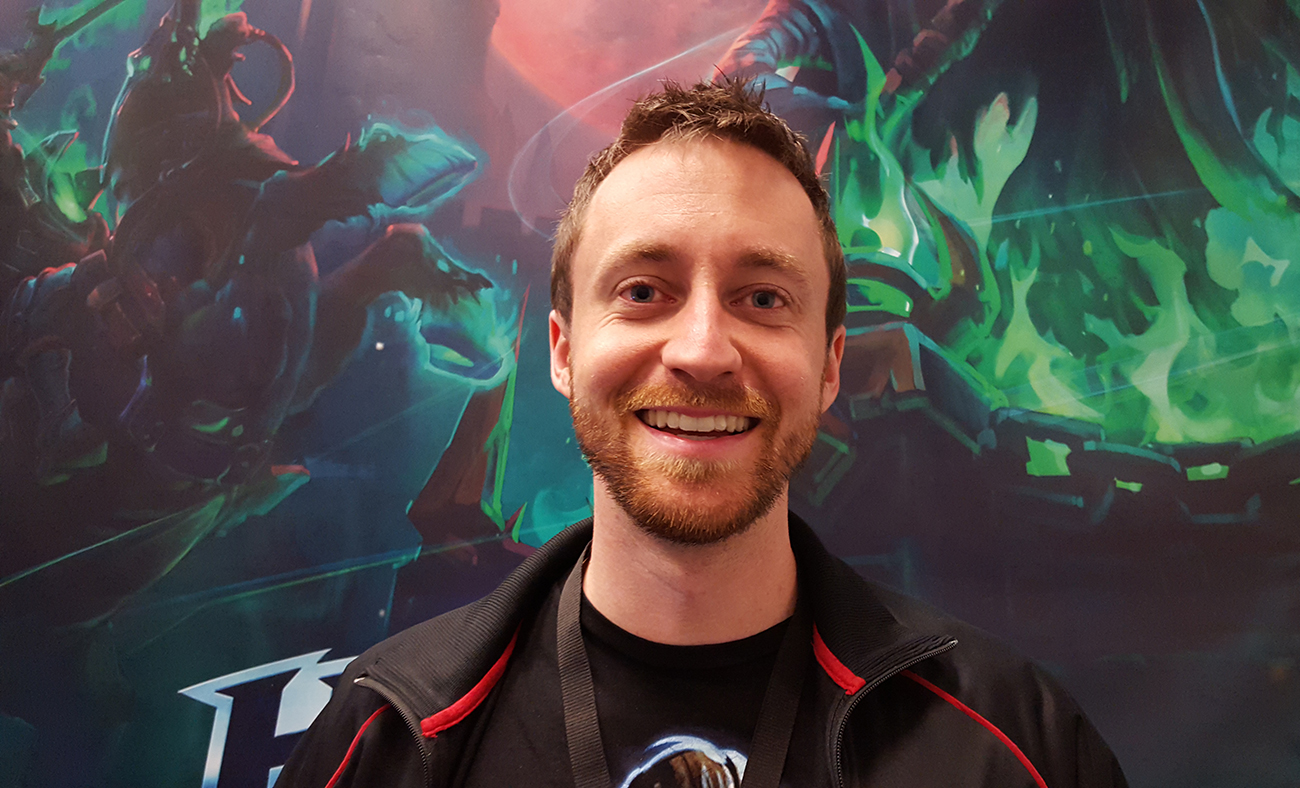 “You have to learn the magic moment to leap in as a worgen, and you’ll just rip their throats out,” Hagman said. “He’s very visceral. He’s very based on his right-click basic attack.

“His W button [in both forms] increases his attack speed by 50 percent for three seconds. But, if you attack somebody during those three seconds, it refreshes the duration, so you can keep it up indefinitely as long as you have targets to attack. As soon as those three seconds wear off, then the ability goes on a 16-second cool down, which is pretty significant.”

The Q button in human form is Gilnean Cocktail, a poison molotov cocktail throw. For worgen, it’s Razor Swipe, which again adds to the character’s movement, as it’s a combination short dash and attack.

“He dashes forward a short distance, and that’s on a very short cool down,” he said. “As he’s ripping apart his opponents, he can dash to stay in melee range.” 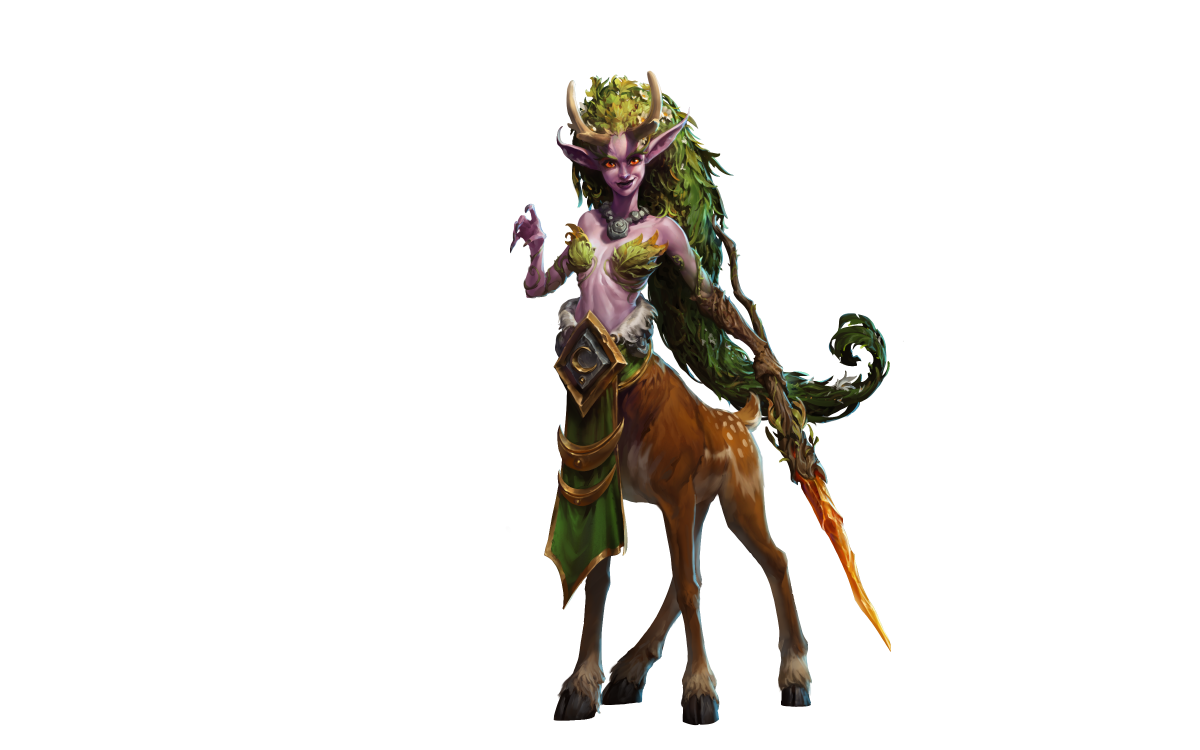 Above: To play Lunara well, you’ll need to master the stutter step.

How to win with Lunara

Lunara is one of the highest skill-capped characters in the game, Hagman said, and much like Greymane, it’s all about the way she moves. The dryad is based on cute-and-cuddly characters from Warcraft.

“Lunara is no desert rose,” he said. “She is the thorn that is going to stab you for touching that rose. Lunara will kill you. I love Lunara. I love the way she moves. She does this little bunny hop.”

Lunara doesn’t have a Z-key ability, but she moves 20 percent faster than other characters because of the hop. What’s important to know about that is how that speed is accumulated because it’s not steady.

Dota 2 folks call the strategy orb walking; the Heroes team calls it stutter stepping. In both cases, it calls for the precise use of movement and attack timing so that when attacks are between swings or in mid-animation, the character is moving. In Lunara’s case, it’s all about timing the attacks after the quarter-second acceleration is done.

“There’s real nitty gritty mechanical stuff. There’s a high skill cap to mastering that movement that I thought was a very elegant way for us to get that in there, with it being very simple and straightforward. Oh, Lunara just hops as she moves. Everyone gets that. But, there’s a lot of nuance to learning to time her attacks.”

(Above: The BlizzCon announcement video for the new characters does a nice job of showing Lunara’s movement.)

Players should also watch their strategy related to Lunara’s poisons, he said. All her basic attacks apply a poison to enemies, and the poison can stack up to three times.

“All of her abilities interact with this poison. Her Q applies the poison to enemies in a small area. Her W [makes it so] every enemy that is poisoned, gets another stack of poison and they get slowed by 40 percent for 2 seconds, which is a pretty significant slow. So she wants to keep her poison spread on a bunch of enemies,” Hagman said.

Her heroic abilities use poison as well. One applies the damage over time to all enemies in a very long line, and the other has a dramatic leap, wink, and spear toss that also poisons, he said.

“She’s very high mobility and all about the damage-over-time effects,” Hagman said. “To play Lunara well, you want to master the stutter-step micro, the attack-move, attack-move, never standing still to attack if you can help it, especially in that team fight. You’re really good at dodging skill shots with those quick-hop accelerations.”

Any characters who depend heavily on those skill shots, which typically have a cast time, are at a disadvantage against a player who can manipulate Lunara’s movement well. Take Thrall and his wolf ability, which can hold players in place, he said.

“Playing [WoW shaman] Thrall against Lunara is one of the most frustrating things. You throw that stupid wolf out to root her and she just dodges it, and you’re like ah, I’m just dead, and she’s … just laughing and chucking spears at you. 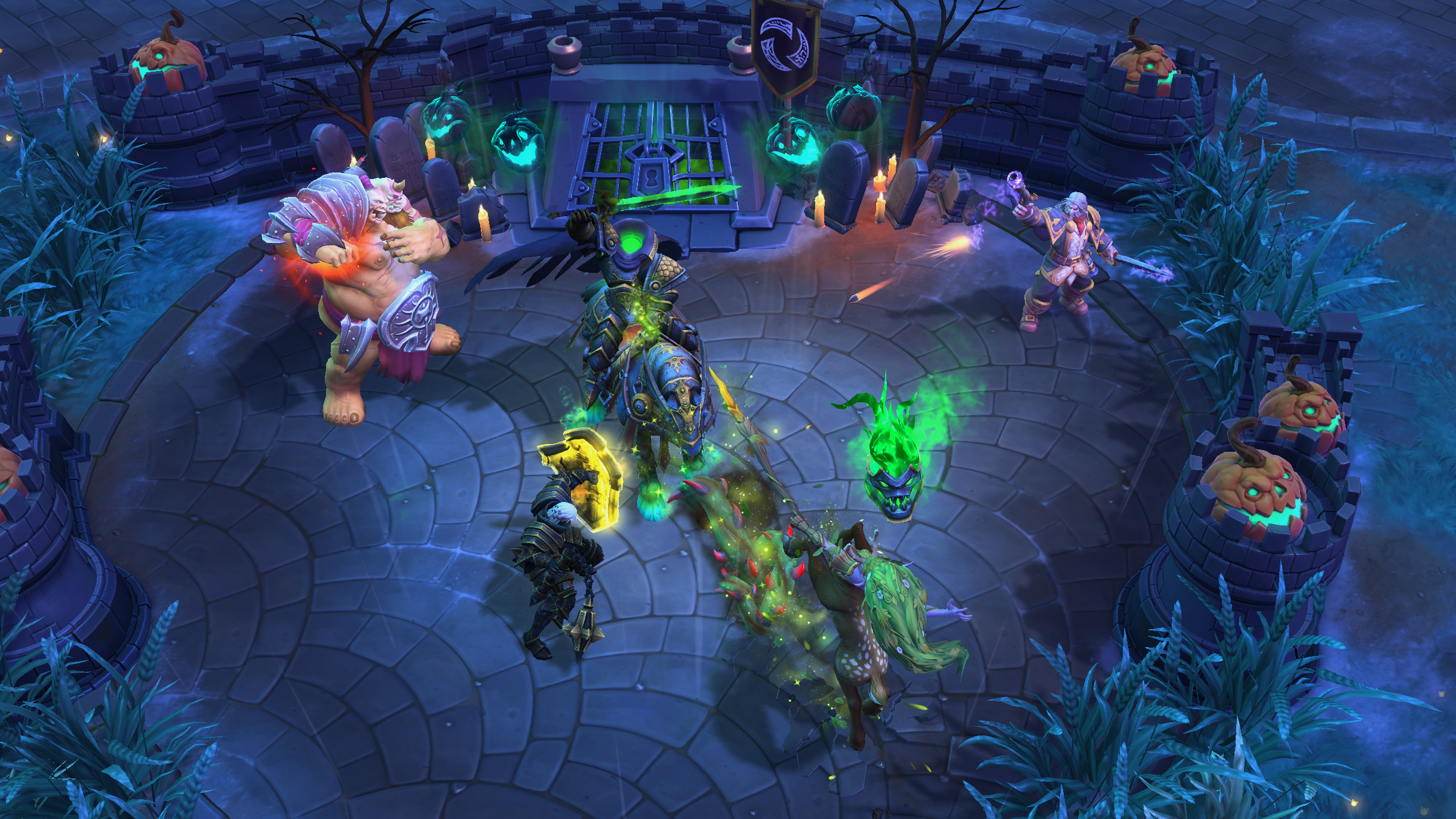 Above: Heroes, including Cho’gall and Lunara, in combat.

Which characters are next for Heroes of the Storm

So, now that these three new heroes are in the rotation, what’s next?

Blizzard presenters confirmed Tracer, from the upcoming Blizzard team shooter Overwatch, would be a future character in the game during panels at BlizzCon this month.

“We look at what silhouettes are missing. What is the art team excited about doing? Do we have a cool mechanic in the wings?” Hagman said. Silhouettes are how big or small characters are, how they look from a distance, and how distinct they appear at a glance from other heroes.

“There are a few races we haven’t done: draenei, gnomes, trolls. Those are some easy Warcraft silhouettes to get. But, we have to be careful. Our fans have opinions about our universe representation. So, we do try to be equal opportunity employers from all the franchises.”

Blizzard designers are also careful not to release too many of the same class at once, and when they do, they give a lot of thought to making them feel different — Lunara and Greymane’s style differences, for example.

“We try to be smarter about how we release our heroes, so we don’t do four melee assassins in a row,” he said. “That’s not healthy for the game.”

The list of options designers can choose is huge — 200 characters and counting — and while Overwatch is tempting because its characters are new, designers have many other priorities on their list, he said.

“[There are] so many characters we haven’t done yet: Kel’Thuzad, Varian Wrynn, Garrosh. There are so many characters,” he said, joking about the fact that Alliance leader Wrynn is in the cinematic for the new World of Warcraft: Legion expansion but hasn’t made it into Heroes of the Storm yet. All three of those characters are iconic Warcraft figures. “So yeah, we can make Overwatch a priority, or we can make all these other characters we’ve been wanting to do for two years. Eventually, we want to get to all of them.

“And we will, eventually.”