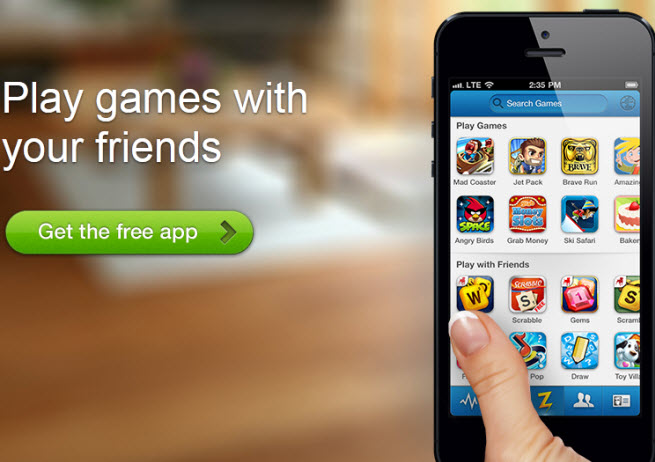 Heyzap has convinced more than 8.5 million mobile gamers to download its social app for mobile games in the past year. Now, it will enable gamers to go a step further by making it easy for friends to play with each other.

Previously, players used Heyzap to manage their games, discover new ones, and see what their friends were playing. The new Heyzap “play with friends” feature makes it easy for users to start playing games together with a few taps on the touch screen.

Jude Gomila, the cofounder of San Francisco-based Heyzap, said that users can connect in part because of what Heyzap already knows about players. It knows, for instance, what games you have and what games your friends have. When you want to play with friends, Heyzap sorts through them and comes up with a list of names of people who have the same game that you do. You simply have to enter your game username into Heyzap and then click on request, inviting another player to play. Then a request is sent to that player, who can accept or refuse. If the user accepts, then the first user can click “play.” The game username is copied into the clipboard and the user can type or paste the game user name into the multiplayer game. Then the users can play.

This allows other players to perform game requests without having to rely on a unifying network such as Facebook. With this ability, Heyzap can save you time since you won’t have to reenter your friends in every single multiplayer game.

“It’s important to realize that gamers want to play games with not just their Facebook friends, but people with similar skill levels and interest,” said Immad Akhund, also cofounder of Heyzap. “Gaming extends outside just your initial friends graph. People on Heyzap make hundreds of thousands of connections with nonFacebook friends and want to play games with them. We have opened the ability for them to connect.”

Gomila expects the “play with friends” feature to drive retention of users of the Heyzap app.

Heyzap also released support for iOS version 6 and the iPhone 5. And the iOS app now has a five-star rating on the Apple iTunes App Store. Gomila said mobile gamers have now checked into the Heyzap app more than 100 million times across 2,800 games. Heyzap also has an Android version.

Gomila said, “Social networks are going more vertical. What we’re creating is a gaming graph, or your network of friends who want to play games. You can build a deeper gaming relationship with them.”

Heyzap’s business model is based on cost-per-install (CPI) advertising, and its customers include Zynga, DeNA, Bigfish, PocketGems, TinyCo, and Com2US. It is similar to Google, which is paid when someone performing a search clicks on an AdWords ad. In Heyzap’s case, developers hire Heyzap to get users to install games. But Heyzap’s recommendations are based on knowing what users already like.