Hiber has raised $15 million for its platform for publishing user-generated games on the web.

What does this mean? Watch out, Roblox and Minecraft. You’ve got competition. OK, maybe they don’t have to worry, as the trend around user-generated gaming is so strong that it can support a lot of companies like Hiber.

The Göthenburg, Sweden-based company has created web platform that makes it easy to create user-generated games. The company says it is at the intersection of connected devices, AI, and creator-focused entertainment.

Hiber CEO Michael Yngfors said in an interview with GamesBeat that the company enables users to create and express themselves through interactive 3D experiences (such as games) and is giving a generation a new way to communicate. And in contrast to creators on Roblox, many of Hiber’s creators use mobile devices to create their games with no programming knowledge required.

“It was funny to see Roblox change their messaging from user-generated games to interactive experiences,” Yngfors said. “We actually had done that about six months ago. We realize it’s not all games. It’s really a lot of things where people might have a pet memorial, or they might build a library. We had a lot of great science museums and things during the pandemic.”

GenZ is increasingly interested in “no-code” programming, short-format entertainment, user-generated content, and ubiquitous access to new instant communication channels. Hiber continues to focus on removing friction between the proposition of self-expression as the newest emerging social, creative medium, and Gen Z’s passion to express themselves in new ways.

Hiber users have created more than a million interactive experiences on subjects such as traditional game content, memorials, personal messages, and challenges, and the number of new creations is increasing each month.

People have created a variety of things, such as the Taj Mahal or homages to great platform games (something you find on many user-generated game platforms). 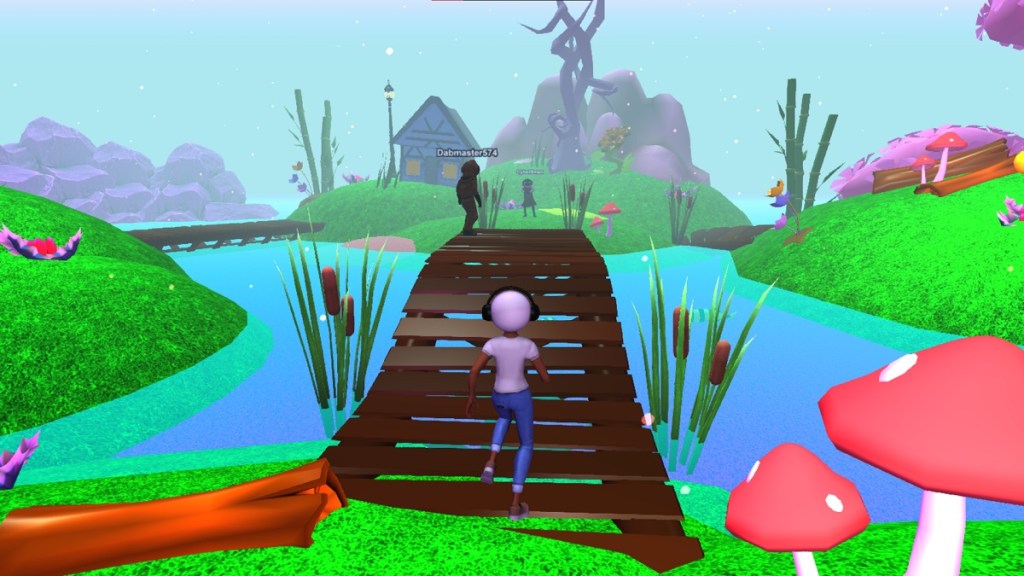 Above: Hiber’s creators have created a million experiences.

EQT Ventures led the round, and EQT Ventures partner Lars Jörnow (formerly of King) will be joining the board of directors. He joins joining Eros Resmini, a cofounder and the former chief marketing officer of Discord, who recently joined the Hiber board when he invested just a couple months ago. CMT Digital also joined the round, as well as Luminar Ventures, Bumble Ventures, Sybo, and Konvoy Ventures.

“We have built more on our platform since our last funding,” said Yngfors. “We were not planning to raise more until later this year, but we couldn’t say no when EQT contacted us. They have deep experience in growing major media entertainment brands and platforms. Having them on board is going to give us that additional push that we need to accelerate our business.”

Jörnow said in a statement that worldwide, people downloaded 30% more mobile games in the beginning of 2021 than the end of 2019 — spending an unprecedented $1.7 billion per week in Q1 2021. 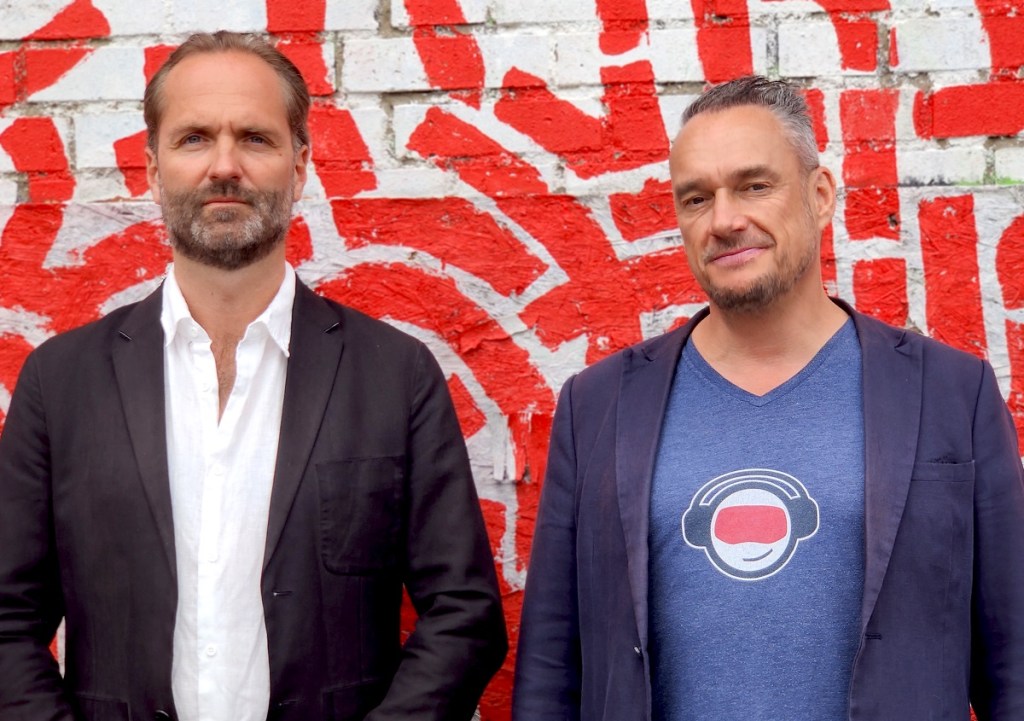 Above: Michael Yngfors (left) and Mattias Johansson are cofounders of Hiber.

Yngfors and cofounder Mattias Johansson both knew each other from the adtech world, and both were interested in the junction of creativity, entertainment, and AI. Their shared interests morphed into researching what was possible back in 2015 and in 2017 the formally formed Hiber. Since the first formal funding round in 2019, the company has attracted talent from the games industry and traditional tech. 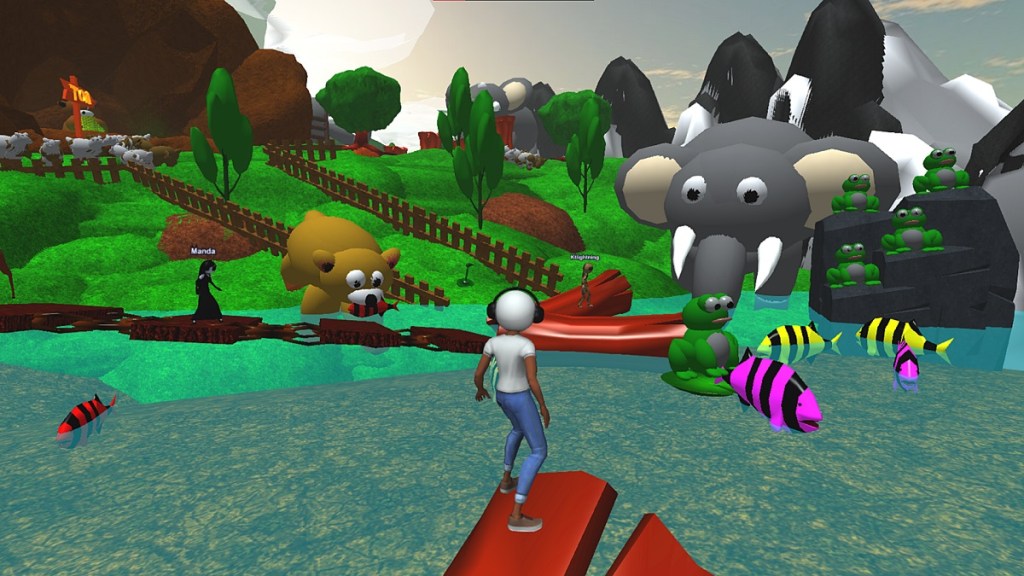 Above: Hiber’s creators can create experiences on their phones.

Hiber has an app for creation on Android devices, and players can use the Safari browser to create on iOS.

Microsoft’s Minecraft is sometimes cited as competition as well as Roblox, but it is focused more on procedurally generated worlds versus specifically crafted content published to a platform akin to YouTube. TikTok is a competitor due to the short format nature of content on their platform. Snapchat has instant games, but it lacks creation beyond avatars.

Being able to create and play entirely within an internet browser, without needing to download anything, is probably the Hiber’s biggest advantage, since that opens it up to emerging markets and areas with very low bandwidth, Yngfors said.

With the proliferation of HTML5, WebGL, PWA and WebAssembly, and growing storage capabilities attached to browsers, the core technology to develop and launch HiberWorld has been in place and evolving for a couple of years. Hiber lets creators choose from assets and place them in a 3D space (which is the browser window). Then, by saving the location of the assets and their functionality, Hiber can replay them for others on the game portal.

“We’re still in beta,” Yngfors said. “We have some incredible new things in the works that we’re going to be announcing later in the year. We have a team that is pretty phenomenal. When you see what we’re actually going to put out there, it’s exciting.”