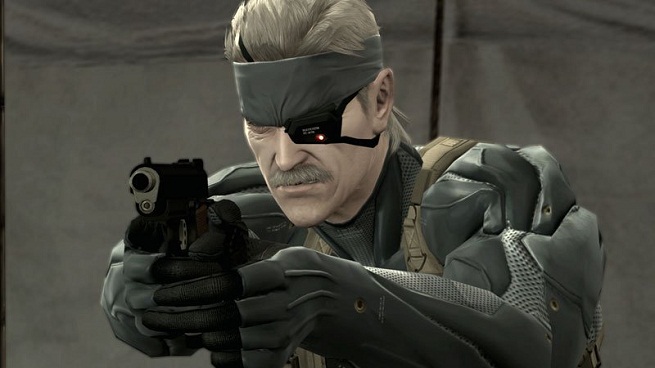 Before you can say “nanomachines,” Solid Snake could headline the next Metal Gear Solid.

In an interview with French gaming magazine IG, Hideo Kojima, chief executive of MGS developer Kojima Productions, dropped a few hints about the secretive development of Metal Gear Solid 5, the upcoming entry in the stealth-action franchise popular for its convoluted plotlines and lengthy cinematics.

One particular info nugget dealt with the possible return of recurring protagonist Solid Snake despite the culminating events of 2008’s Metal Gear Solid 4: Guns of the Patriots.

“About Metal Gear Solid 5 — there will be a return to a focus on espionage and infiltration,” Kojima said. “We have not yet finished with Solid Snake despite [MGS4’s] ending.”

Kojima Productions all but confirmed MGS5’s existence via an unsubtle recruitment poster spotted during February’s Game Developers Conference. The studio showcased the latest version of its proprietary Fox Engine last year, but Kojima pointed out that the demonstration didn’t feature any MGS5 footage, saying, “It was only a demo we developed internally and released because the lighting and environment interactions had fooled everyone.”

From its humble beginnings in 1998 on the PlayStation system, the Metal Gear Solid franchise has flourished across multiple platforms — including the PC, PlayStation 2, PlayStation 3, PlayStation Portable, Nintendo GameCube, and Xbox 360 — and sold millions as gamers raved about its lasting legacy of memorable characters and stealth-based gameplay.