Cyberbullying is a product of the digital age, so one developer is looking to fight it using its digital games.

Developer Pixelberry has an iOS and Android game called High School Story that gives players the chance to design and run their own school. In December, the studio released a new quest for the sim that deals explicitly with cyberbullying. Since then, the company has referred over 1,000 teens to professional counselors at the charity Cybersmile that helps kids who are the victims of harassment. Cybersmile is an independent organization that is working directly with Pixelberry on this issue. 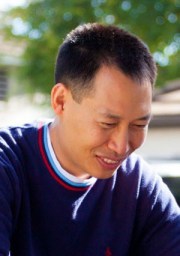 “We have a special three-part quest story that follows Hope, one of the younger sisters of our lead character,” Pixelberry chief executive officer Oliver Miao told GamesBeat. “It starts with one of the other characters coming to you and explaining that Hope has been very withdrawn recently, and he doesn’t know why.”

The story eventually reveals that someone is cyberbullying Hope because of a misunderstanding that she had. The rest of the quest teaches players what to do in these types of situations.

“That way, if the player or one of their friends is being cyberbullied, they better know how to handle the situation,” Miao said. “But it also shows would-be bullies what happens when things go to far and get out of control.”

The game even messages Cybersmile in the quest. That way players learn naturally about resources that can help them. If the they the need to talk to someone about their own situation, they can click through and get hooked up with one of Cybersmile’s counselors.

“The rate at which people have been going to Cybersmile through High School Story really surprised us,” said Miao. The game refers more than 100 teens each week to Cybersmile.

“These are teens that have reached out because they are being bullied themselves or they are hurting or they are thinking about suicide,” said Miao.

Cybersmile’s helpline will then walk through the basics with the teen. That means teaching players to talk to an adult and how to disengage from bullies.

Miao’s past compelled to do some kind of good through his games.

“All of this really resonated with me because I was bullied myself in middle school,” he said. “As I talked with other people in the studio about cyberbullying, they all started talking about times when they were bullied. We realized that we have the perfect platform to address this issue and, at the very least, try to help people who are being cyberbullied.”

More than 40 percent of all kids are the victims of online bullying, according to youth advocacy group DoSomething.org. The organization reports that 70 percent of students report frequently seeing cyberbullying and 81 percent believe it is easier to get away with harassment online. Girls are twice as likely to end up as target, and only 1-in-10 victims (of either gender) will report the abuse to an adult.

DoSomething.org also found that 80 percent of teens regularly use a cellphone. This means two things. Mobile phones are the primary tool in most cases of cyberbullying, and they are also the best way to reach and inform young people about how to handle these situations. This led DoSomething.org to introduce gamificaiton into its efforts to teach kids about online abuse.

“DoSomething.org has found gamification to be very successful when it comes to teaching young people about bullying,” chief marketing officer Naomi Hirabayashi told GamesBeat. “We’ve had over 200,000 young people participate in a campaign that we’re currently running called The Bully Text.”

Using text messaging, The Bully Text is an adventure game that DoSomething.org designed to help young people figure out when to step in to help others and when to walk away from their own harassment.

“The Bully Text allows young people to walk through a day at a virtual high school,” said Hirabayashi. “Throughout the day, they are presented with different bullying situations to respond to. Through an SMS-based ‘choose your own adventure’ style experience, teens are taken through The Bully Text and are shown the impact of standing up to bullying or walking away.”

Whether its DoSomething.org or Pixelberry’s partnership with Cybersmile, the people who make games and the people who want to help troubled youth are going mobile, since that’s where so many students are congregating.

Pixelberry isn’t stopping at just name dropping and referrals, the developer is also donating part of the High School Story’s sales to Cybersmile. The studio set out to raise $100,000, but it’s already surpassed that goal, and it doesn’t plan to stop.

Miao also says that Pixelberry will look for other ways to use games to help people.

“I started making mobile games in 2000, and I think right about the time that I was having my first twins — that caused me to think more about my career and what I was doing,” he said. “I was actually thinking about switching away from games, so I could find a way to contribute more than just entertainment, so what we’ve been able to do with Cybersmile makes me feel extremely good about coming into work.”