That’s a pretty big commitment to the three game studios, but it’s not unusual for London-based Hiro Capital, as its focus is on investing in games, esports, digital fitness, and the metaverse (the universe of virtual worlds that are all interconnected, like in novels such as Snow Crash and Ready Player One).

The three mobile and cross-platform studios will use Hiro’s investment to expand their development pipelines and accelerate global growth.

They join United Kingdom and U.S. game studios Flavourworks, Polyarc, and Lightfox in the Hiro Capital portfolio. To date, the company has made 11 investments since November 2019. Ian Livingstone, the founder of Hiro Capital (also a creator of Fighting Fantasy and cofounder of Games Workshop), said in an interview with GamesBeat the firm loves the idea of the metaverse so much that they named the company after the main character of Snow Crash, Hiro Protagonist. But these investments are in studios that are making ambitious games with talented teams, he said.

“We feel as entrepreneurs and as games makers that we are able to find opportunities that are not just viable, but fit within our remit of discovering differentiable opportunities,” Livingstone said. “I have always been a games geek. I love content. I love mechanics. I love games and have some pattern recognition from 45 years in the industry.” 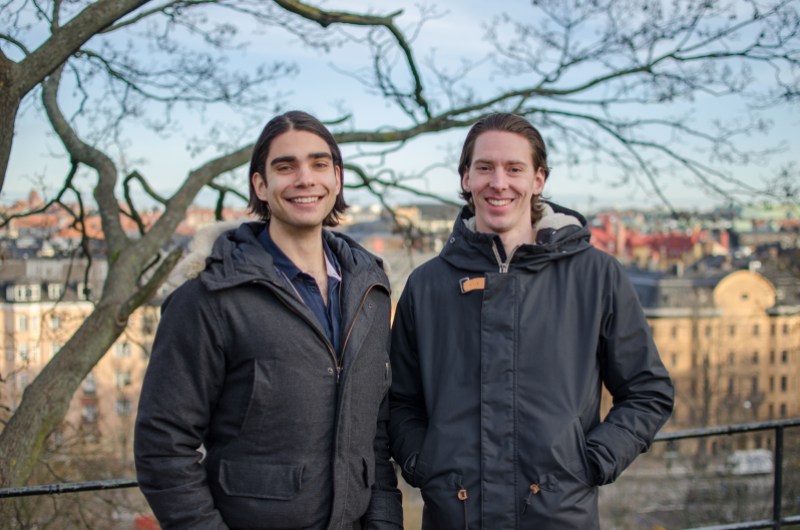 Above: Alexander Ekvall (left) and Patrik Lindegren of Snowprint Studios.

Snowprint Studios was founded in 2015 in Stockholm, Sweden and has since grown with a second studio in Berlin. The team is led by industry veterans Alexander Ekvall and Patrik Lindegren, each formerly of King; John Hargelid, who worked at Paradox Interactive; and Wilhelm Osterberg, a Wooga veteran.

Snowprint Studios operates their debut mobile title Legend of Solgard and is now also working on an unannounced title and Rivengard, a turn-based tactics game that launched globally on January 21.

“Snowprint has been around for some time and they have a very talented team,” Livingstone said. “I’m very excited about what they’re doing now.”

Double Loop Games is a San Francisco-based social mobile studio working on its debut game. The team’s leaders are industry veterans Emily Greer, cofounder of Kongregate; and Shelby Moledina, formerly of Warner Bros. Interactive Entertainment and DeNA. Double Loop Games is now preparing to launch its social mobile title, made for players who don’t think of themselves as gamers. 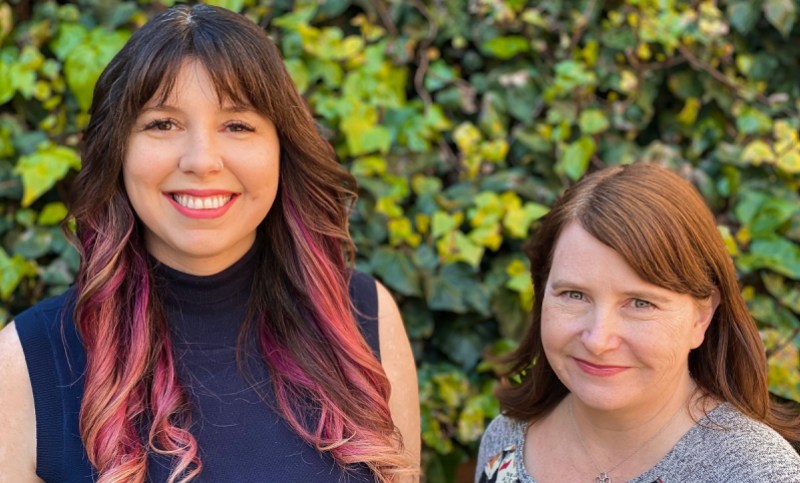 “This is our first female-led team with the extraordinarily compelling leadership team and a strong social mobile title,” said Luke Alvarez, founding partner of Hiro Capital, in an interview.

“Happy Volcano Games is a super-experienced team up in Belgium with brilliant, brilliant people,” Alvarez said. “They’re refreshingly ambitious with a lot of innovation and irreverence.” 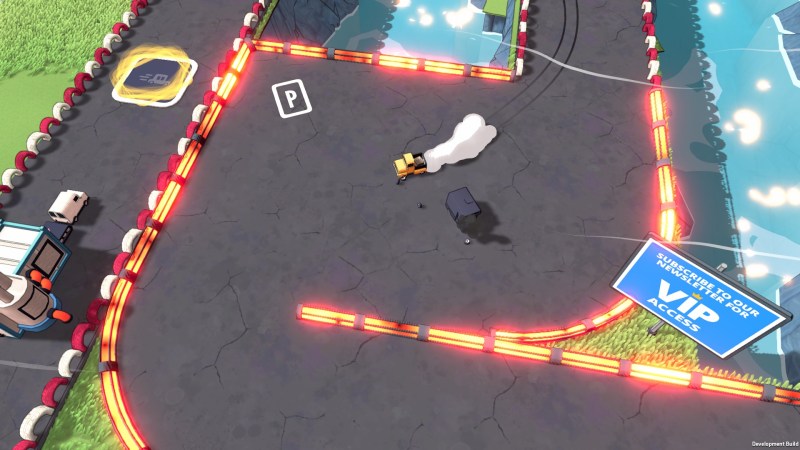 Above: Happy Volcano Games is making You Suck at Parking.

Livingstone spoke at our GamesBeat Summit: Into the Metaverse event. The firm was impressed with how many different efforts are underway to build the next-generation game worlds.

“When we put the fund together, the thesis was that here was this huge creative sector of games and metaverse technologies,” Livingstone said “And there’s not enough venture focused on it. Now there are a number of funds focused on it. But it’s still massively underinvested relative to the scale of the market. And we see that because we see the amount of stuff coming at us, particularly post-seed rounds, where there are successful entrepreneurs who are moving on to larger rounds.”

While the focus is on game studios, Livingstone said the fund would consider tech companies as well, as it is sometimes good to fund the “picks and shovels” of the game revolution.

“We call Ian our Yoda of gameplay, as he is hard to impress, and he has a really high bar when it comes to a gameplay loop,” Alvarez said.

Alvarez said the company started with the ambition of focusing in Europe, where there was a gap in funding and startups often had to go outside of the region to get a second or third round of funding. But now that the pandemic has hit, the investing process had gone virtual and the opportunities are all around the world. Livingstone said there is a lot of talent in the U.S. and many tend to be better prepared for receiving investments. 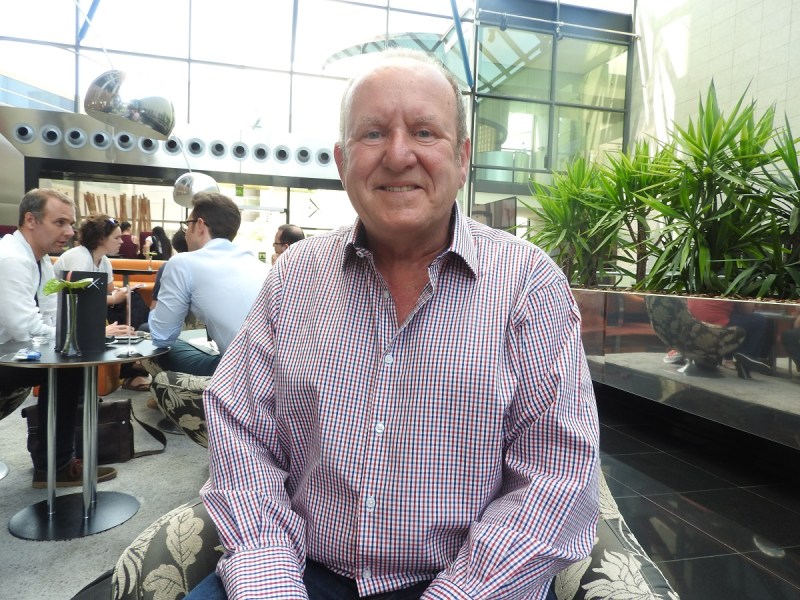 Above: Ian Livingstone is cofounder of Hiro Capital.

Both Livingstone and Alvarez said there are big barriers to overcome in creating the standards for interconnected worlds of the metaverse, much like there were in creating multimedia smartphones in the 1990s and early 2000s.

“What I would like the metaverse to be like in a place like Fortnite is a theme park, like Disney World. Yeah,” Livingstone said. “And you build a new ride and because people are there, they’re gonna go on that ride.”

Alvarez added, “The most powerful, fully immersive, virtual multiplayer virtual reality environment is human imagination. And the most powerful trigger of that is people talking to each other or reading to each other, or lying in bed reading a book. And right now, nothing we do in digital environments compares to the richness and actually interactivity of that experience as you create those imaginary worlds. Therefore the key to the metaverse becoming compelling to people is having a strong use case. That use case is about telling, compelling, imaginative stories and characters and intellectual property in that world, and that’s going to happen in game environments first. And that’s why that’s a huge part of our focus.”

Circling back to Double Loop Games, Alvarez said they are putting a toe in the water for the metaverse with a social game world, while Polyarc has invested in virtual reality experiences. Those companies could converge toward the metaverse endpoint from different directions, Alvarez said.

“We’re not just metaverse focus but we have see the games industry transform over the years because of advancing technology,” Livingstone said. “No other entertainment industry has transformed more than games because of technology. You look back over the years at the worlds being created. I do know that we are social animals, and therefore massively social games are always going to be the future. We like to be connected as human beings with each other. So the more that technology allows that, the more these opportunities will evolve to create ways of playing together. And if you want to call that the metaverse, so be it.”