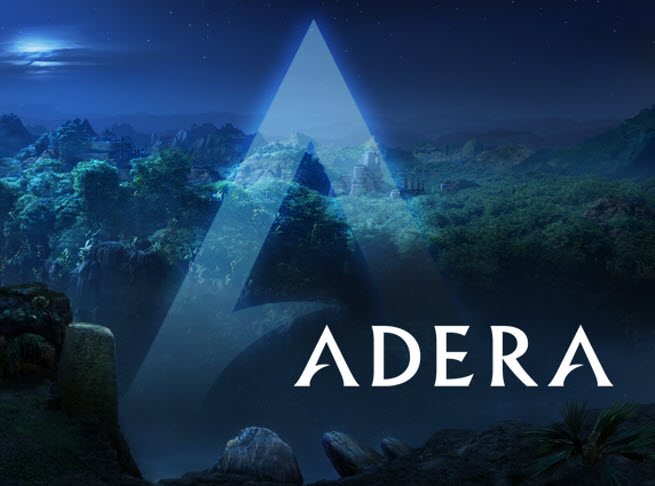 HitPoint Studios is unveiling its Adera puzzle-adventure game that is targeted at what could be a very big platform. The game will debut on computers running Microsoft’s Windows 8 operating system as well as the Microsoft Surface tablets coming this fall.

The game is an episodic, puzzle-adventure title that will take full advantage of features such as multitouch controls, accelerometer (tilt) controls, and Xbox Live for Windows. It is one of a whole slate of games being announced today for the new Microsoft platforms, which are aimed at reviving PC gaming and related tablet play. Microsoft will publish this game which is being developed by Hatfield, Mass.-based HitPoint, said Jim Hawk, producer at Microsoft. It is clearly a sign that Microsoft knows that great games can make or break any new operating system or technology platform.

“With Adera, we created a title with cinema-quality production value that’s totally unprecedented in the puzzle-adventure genre, and our partnership with Microsoft Studios has enabled us to bring a classic casual gaming title like this to the mainstream,” said Aaron St. John, co-founder and CEO of HitPoint Studios. “The extended reach of Microsoft’s Xbox platform along with the development capabilities within Windows 8 enables us to build new, rich games that widespread audiences will truly love to play.”

St. John said in an interview with GamesBeat that he is impressed with the integration of touchscreen computing with Windows 8 and Microsoft Surface. He said it was a good match for what his team wanted to do with Adera, which he said will feature beautiful art (as you can see above in the logo). St. John hinted that the experience for gamers will be similar to that enjoyed by people who played the original Myst, which also had beautiful scenery. Adera is a hidden-object game, where you search through art to find objects hidden in the landscape. Xbox Live will be an integral part of Windows 8 and Surface, and that means that games such as Adera will be more social and viral, right from the beginning.

“We’re doing some creative stuff that has never been done before,” St. John said.

That is very confident talk, but Aaron St. John happens to be the younger brother of longtime game industry player Alex St. John, who helped pioneer Windows games at Microsoft and also has a penchant for delivering big pitches. HitPoint has produced more than 130 games in four years for more than 50 million players on the Android, iOS, Facebook, and PC platforms. Many of the games are branded games or advergames. The biggest HitPoint title to date is The Secrets of Arcelia Island, a hidden-object game adventure game. St. John said Adera has been in the works for more than a year.

“HitPoint’s expertise in creating casual and adventure titles made them a natural choice to help us introduce new gaming experiences to our core audiences,” said Matt Booty, general manager of connected experiences for Microsoft Studios. “Casual gaming has seen astronomical growth over the last several years, but the market is saturated with look-alikes. We’re committed to providing Windows 8 users with high-quality gaming experiences in classic genres as well as those that they might not have seen before.”

Founded in 2008 after a merger between Golden Goose Games and Paul Hake Productions, HitPoint has more than 57 employees and contractors.