Indie developer Ruffian Games and publisher Paradox Interactive have teamed up to create Hollowpoint for the PlayStation 4 and the PC. The companies previously announced the co-op or single-player shooting game, but I got the first hands-on preview at a Sony event this week.

In the dystopian future game, megacorporations rule the world in the wake of a massive war. While open warfare is discouraged, a shadow conflict of operatives takes place behind the scenes. You run an organization of highly skilled mercenaries of the 21st century. You have to perform contracts such as hits or espionage. But it’s a minute-to-minute action shooter. You fight to earn more experience and credits. If you did well on the mission before, you get benefits in the next mission. 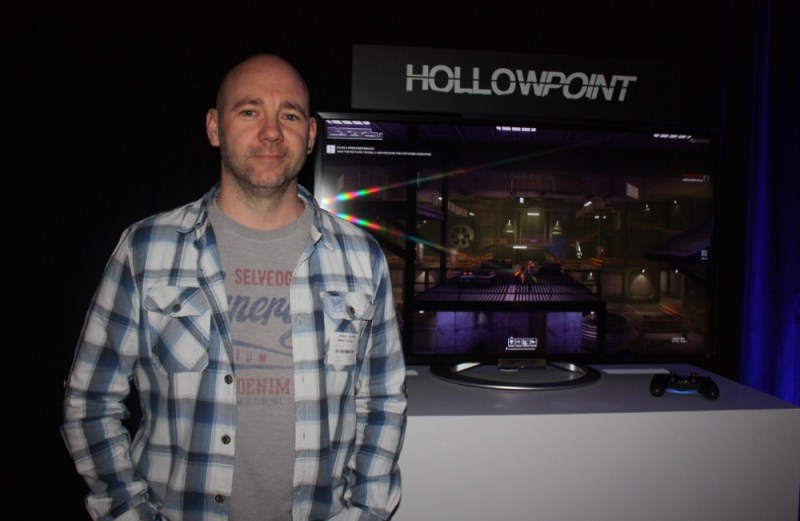 Above: Billy Thompson, the creative director for Hollowpoint at Ruffian Games

The title is a creative mash-up of a 2D platformer (like CounterSpy) and 3D shooting, with a lot of depth. You scroll side-to-side to find a dynamically created room, where you fight enemies. Then the perspective shifts to 3D, as you fire into the room. The enemies hide behind cover and try to close in on your position. If you don’t take them out in the 3D fighting, they will reach your position. And when they do, the fighting shifts to side-to-side 2D. At that stage, the enemies are much more dangerous, and you have to shoot them at close range or knife them, said Ruffian creative director Billy Thompson in an interview with GamesBeat.

“We have a lot of progression and customization,” Thompson said. 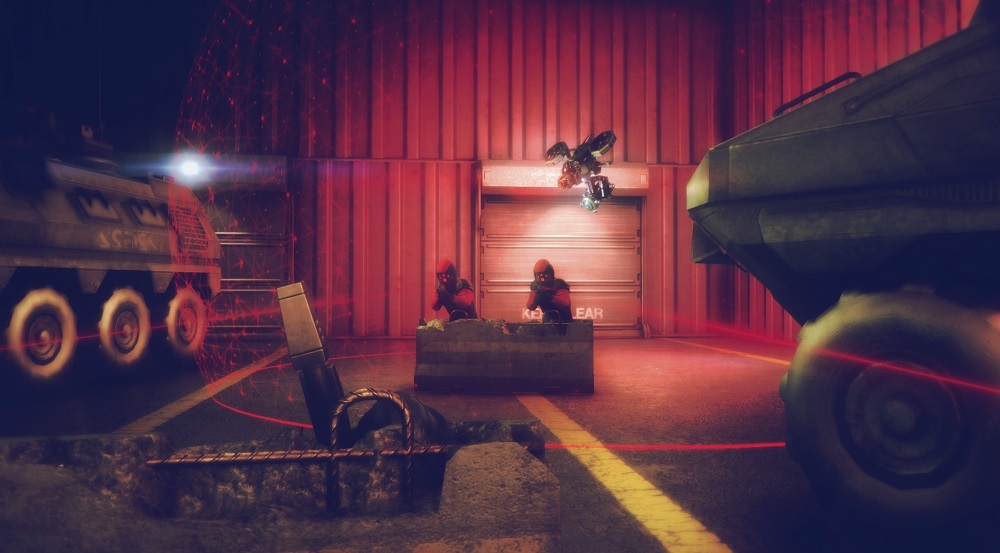 Above: Hollowpoint is a world where operatives fight for megacorporations.

You can play it single-player or with up to four in co-op mode. In co-op, players can support each other and revive operates who’ve been wounded. You can use different weapons and develop abilities. It’s not easy to stay alive, as one small mistake can mean death. There’s a lot of cover for you in the 3D landscape, or in the 2D plane as well.

If you clear a room, you can collect a bunch of loot. If you get enough, you can upgrade through 90 different steps in a technology tree. The contracts are dynamically created, and the levels are procedural. So you wind up with a virtually endless amount of content. It has 50 different levels of artificial intelligence difficulty. The first 30 levels are something you can tackle on your own. But for the last 20 levels, you’ll probably have to go online and defeat them in co-op mode, Thompson said.

The paid downloadable game launches this year on Steam on the PC and on PlayStation Network on the PS4. This is the first PS4 title by Ruffian, which is based in Dundee, Scotland, and has a lot of people who worked on the Crackdown series. About 12 people built the game using the Unity engine. 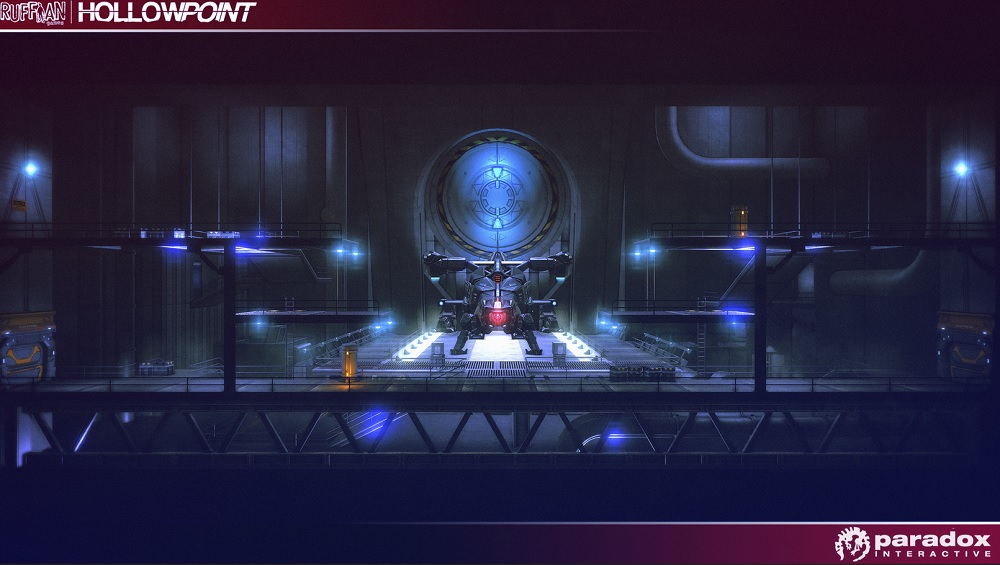 Above: Hollowpoint has dynamic rooms.