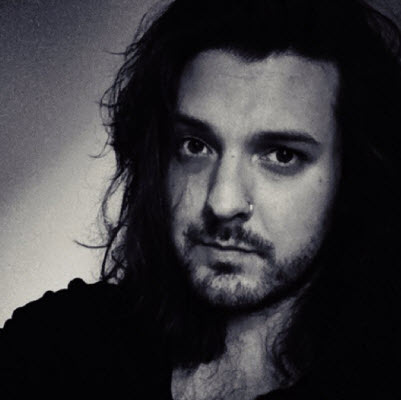 Luc Bernard wants to make a Holocaust video game. He has contemplated the idea for well over five years, and, after working on other game projects, he is finally ready to raise money for it on the Indiegogo crowdfunding site.

So far, no publishers have wanted to touch the game, Imagination Is The Only Escape. But in the world of today’s digital self-publishing platforms, Bernard thinks he can build and launch the title about a little boy’s escape from the Nazis for just $125,000. First, however, he has to convince the world and potential donors that a game like this should exist at all.

That’s where the conversation gets both interesting and confrontational. Critics would say that such a game should never be made and that the Holocaust is too touchy a subject to be handled in a medium where the object is fun. But Bernard wants to stretch the definition of a game and make people feel what it was like to live in a state of fear.

He also goes on the attack, saying that game publishers that have flooded the market with first-person shooters, like Bethesda’s upcoming Wolfenstien: The New Order, are “distasteful.” We caught up with Bernard this week for an interview. Here’s an edited transcript.

GamesBeat: I see that the idea for this game has gone back quite a long time for you. Can you talk about where it first came from?

Bernard: I’m not sure if you were aware of it before, but back in 2008, I wanted to do this game. Back then, if you remember, World War II games were all the rage. That was all you’d hear about — Call of Duty, killing Nazis, all that stuff. I grew tired of all that, because in my mind—I first heard about the Holocaust personally from my grandmother, who was in England. She used to look after Jewish orphans. Then, of course, I did research on my own. I also grew up in France, and I lived in an area of France which was very much occupied. When I was doing research, I became extremely depressed about it, but it was something that touched me.

How can I say it? Back in 2008 there were so many World War II games coming out that were just, “Hey, I’m a soldier, I’m killing Nazis, boom boom boom.” To me it was showing World War II as a game, something fun, and I wasn’t too pleased about that. I don’t mind playing games with guns, but I’d rather something like a sci-fi game. I don’t like realistic shooters. To me it’s distasteful. As I say, it treats a real war like a game. World War II to me is just a big massacre of all different peoples – Jewish people and others as well, all slaughtered.

So what I wanted to do is show the realistic side of war, in the form of a video game. This has become a multi-billion-dollar industry and become so big, yet the kind of stories and subjects we tackle are still almost brain-dead most of the time. You have Medal and Honor and Call of Duty and all that people get out of them is “There’s a bad Arab, shoot him” or “There’s a bad German, shoot him.” You don’t get that went on in those periods was just horrible. That’s how the idea came about. 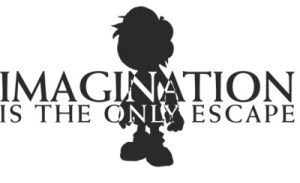 Above: Imagination is the only escape

GamesBeat: Back then, in 2008, it sounds like you went around the industry and didn’t have any luck finding a publisher. Did you actually have some conversations with publishers back then?

Bernard: We had a publisher, but the publisher wasn’t funding the title. They were just going to distribute. After a while funding becomes a bit of an issue. It’s quite hard to do these things. When I was shopping it around, publishers were interested in it as far as distribution, but nobody wanted to fund it. This kind of title, it’s a one-off. You can’t make merchandise or toys or sequels out of it. You can’t make it into a franchise. With most publishers nowadays, they’re interested in brands and monetization and things like that, even in mobile.

So this doesn’t really fit with publishers. I don’t have anything against them, but a game like this doesn’t fit in their market model. Even when I was trying to find people to pitch it to, they proposed instead that I try and get the license to Maus, the comic book. I said, “No, that’s a great story, but this is my own thing. I don’t want to use someone else’s license.” This just isn’t an easy game to do through traditional methods. That’s why I decided to try out crowdfunding.

GamesBeat: How long did it take before you put it on the shelf and decided to wait?

Bernard: Around the end of 2008 I put it on held, because I also felt like, as a director, I wasn’t experienced enough to tackle it. Since then I’ve worked for a lot of different publishers – big ones, small ones – on a bunch of different brands.

My first iPhone game, Mecho Wars — actually, a new version of that is coming out on the App Store tonight – became quite a critical success. It got nominated for TechCrunch’s best apps of 2009. I worked for GREE at one point. I worked for Bolt Creative, the makers of Pocket God. I was consulting on one of their next games.

So I went ahead and worked for a bunch of publishers, but of course, when you work for publishers, you see a bunch of games cancelled and you say, “Aw, that’s sad.” I worked my way through the industry and had a lot of experience over the past few years. I was waiting until I could tackle a game like this, because it had to be good if it was going to have the impact it should.

GamesBeat: Did you have some interesting conversations about why this kind of game would not get made? Was it thought to be too controversial? Did anyone warn you that you shouldn’t make this game?

Bernard: A lot of people have said that I’m treading somewhere dangerous – “You shouldn’t talk about this. Games shouldn’t handle this.” What I tell them is, look at the new Wolfenstein, for example. You’ve seen it, right? I think they have robot Nazis or something like that? That’s what I would call distasteful. I’d nearly say it spits on what happened during World War II. You’re taking what the Nazis represent – a mass genocide, the killing of so many people – and you’re making it seem like a toy, a game. It’s an insult to the Holocaust. Bethesda, by funding that game, is spitting on what really happened in World War II. To make a game about robot Nazis that makes World War II that seems like fun, you’re the one that’s insulting history.

I make a lot of fantasy games. My games are known for this weird art style. But when it comes to history and realism, I wouldn’t go ahead and just poke fun at it. So when people say this is controversial, I tell them, “This is the truth. This is what happened. Look at what this big publisher is doing. That’s what should be controversial.” Ask a Holocaust survivor what he thinks about Wolfenstein and see his reaction. Or anybody who survived the war.

Another interesting fact is, back in 2008 there was a Holocaust survivor who was offended by this game. The press passed it around and didn’t really explain what it was all about. So I went to him and I told about what I was doing, what this was meant to be and the whole story, and he came to support it. If people are offended—There’s nothing I can say. Be offended. But be offended by something even bigger, too, all these games that trivialize the war. As long as I can get people who have survived what happened—As long as they think this is a good idea and understand what I’m doing, they’re the only people I feel like I should really focus on making happy.

For this game, I’m trying to make sure I consult with a lot of people about it. It’s very particular, so not many people know what to think about it yet.

GamesBeat: At this point, could you describe the story? What happens in the game?

Bernard: I can describe how the game starts out. You’ve seen the basic synopsis on the Indiegogo page? You’re going to basically experience how it is for the main character, the Jewish child, before the occupation by Nazi Germany and his childhood, and also during the occupation. So you get to experience his life as a normal kid, and then what happens during the occupation. At one point, during the Rafle du Vel’ d’Hiv’ – when they rounded up all the Jews in Paris – his mother helps him escape. She gives him the address of a Christian priest who manages to smuggle him out of the city and pass him off as a Christian orphan in a small village.