Phil Tippett created the monsters for the memorable Holochess game in the original Star Wars film. And last year, he made the monsters for a new augmented reality mobile game, HoloGrid: Monster Battle. Now the game is heading off into virtual reality on the Samsung Gear VR.

The game was built by Conway, Mass.-based HappyGiant and it features monsters designed by Tippett Studio. Tippett is a two-time Academy Award winner for Star Wars: Return of the Jedi and Jurassic Park.

In celebration of the upcoming “Star Wars Day” (May the Fourth), the game is now available for download on the Gear VR website and App, and it will be available at a limited-time discounted price of $3 (regularly $5). 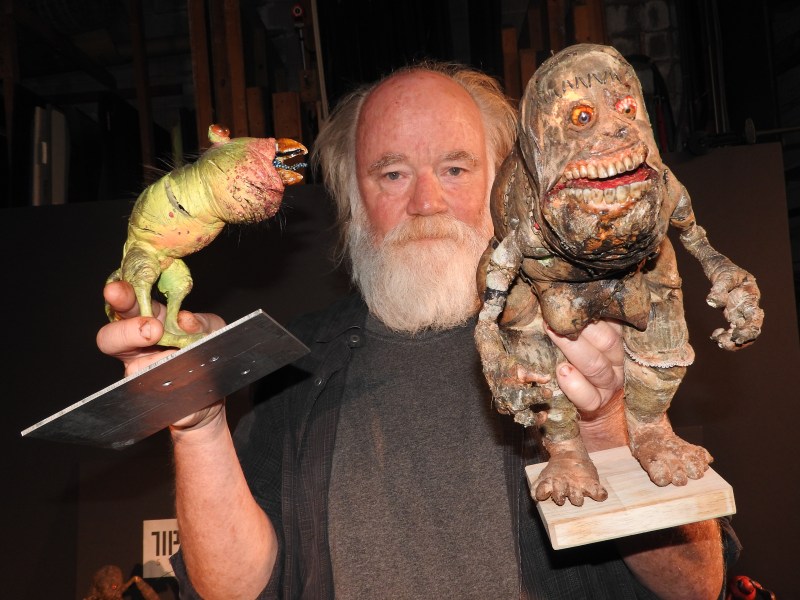 Above: Phil Tippett, founder of Tippett Studio, shows off creatures he hand-crafted for HoloGrid: Monster Battle.

In addition, HappyGiant will mark the occasion with a three-day HoloGrid virtual “tournament”, in which participating players have a chance to win prizes: T-shirts and vintage prints signed by Tippett.

Launched in December as a physical goods mobile augmented reality game, HoloGrid: Monster Battle VR is one of the first Gear VR games to incorporate the use of the platform’s new GearVR Controller and add Oculus Gear VR Avatar support with voice-over-Internet-protocol (VOIP) so players can talk to their opponents during games.

The tactical strategy game, which combines elements of board games, collectible card games, and digital games, has been reimagined for VR and set inside a deep space game arena. 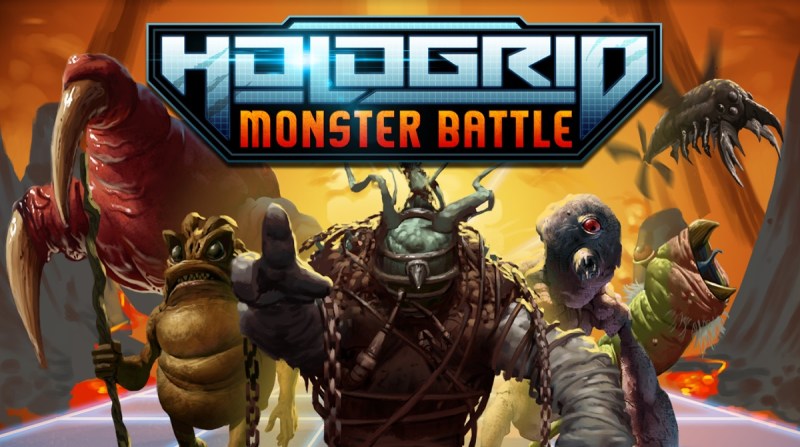 Built in Unity, the title features a single-player A.I. mode and support for multiplayer matches. VR players will be able to challenge players of the AR mobile version and vice versa.

Developers captured the monsters through a process known as photogrammetry, where actual hand-crafted 3D models are filmed from all angles and then used to build digital models used in the game.

“It’s been a dream come true to work with Phil Tippett, who inspired myself and so many others,” said HappyGiant CEO and creative director Michael Levine, in a statement. “AR and VR tech has given us a whole new playground in which we can interact and create our own vision and worlds that previously only existed in fiction. We can’t wait to see what people think of HoloGrid in VR.”

The mobile AR version is available for iOS and Android on both Amazon and the HappyGiant website for $25. Next-generation AR and VR platforms, including but not limited to Microsoft HoloLens and Google Tango are also being explored.