If you’ve ever felt that your body would be a better controller in virtual reality than a joypad or wand, you’ll understand why Kaaya Tech’s HoloSuit just reached its funding goal on Kickstarter. Offered in multiple versions, the wearable haptic controller uses a considerable array of sensors to control VR apps, and promises to start shipping this November.

The most complex version of the HoloSuit, HoloSuit Pro, includes 36 total sensors, nine haptic feedback devices, and six firing buttons. They’re spread across two finger-tracking gloves, a pair of pants with feet extensions, and a jacket with a head extension. A less complex version just called HoloSuit cuts the sensor count to 26 and comes with either a jacket or jersey, preserving the haptics and buttons. Jackets, pants, and gloves can also be purchased individually for tracking of specific body parts. 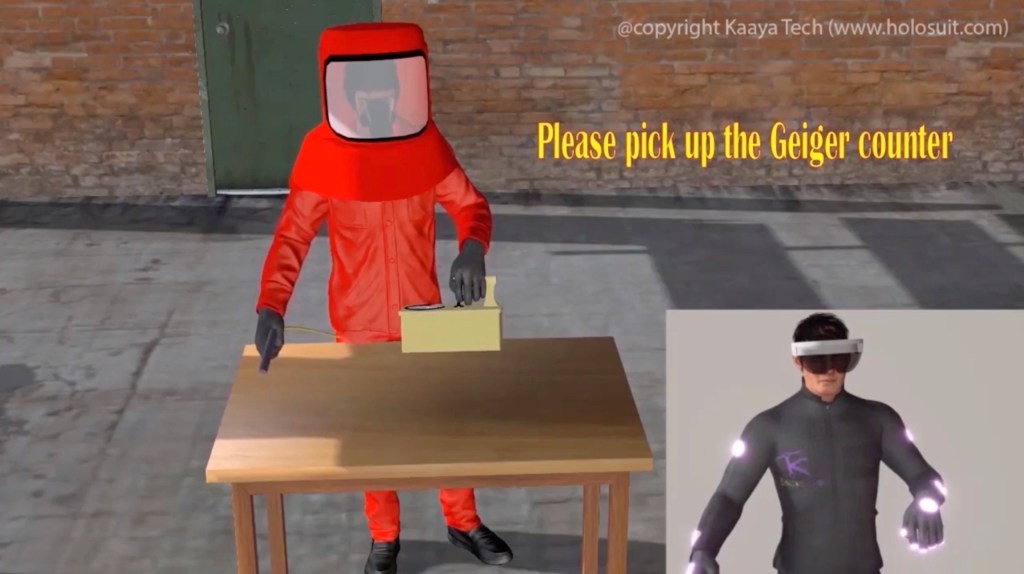 Potential applications for a full body suit like HoloSuit are numerous: Kaaya shows it being used for everything from sports training to human control of robots, instructing emergency services personnel, and even simulating conditions within military vehicles. Wearing HoloSuit means that users can fully train their bodies and develop physical muscle memory during lessons, rather than wielding controllers and developing only mental memories during training.

Arguably the best part of HoloSuit is the absence of external camera tracking. Kaaya says that embedded sensors do all of the body motion capture work necessary for world-scale tracking, and provide data wirelessly through either Wi-Fi or Bluetooth LE to a VR setup using Unity or a Wi-Fi SDK. HTC Vive, Oculus, Windows Mixed Reality, and HoloLens are supported, as are Samsung Gear VR, Android, and iOS tablets and phones. Washing the suit is supposedly as easy as pulling the Velcro-connected sensor array out and tossing the garments in a washing machine.

Perhaps not surprisingly, a complete HoloSuit is eye-wateringly expensive, starting at a regular price of $999, with the HoloSuit Pro going for $1,599. Even the gloves are $249 apiece — sold individually, not as a set. But Kaaya is offering each of the items at lightly discounted “early bird” prices through the Kickstarter campaign, which will continue though the end of July despite already hitting its modest $50,000 funding goal. If you’re interested in experiencing the cutting edge of VR and willing to deal with early adopter software growing pains, the investment might be worth it.