This Paris-based game factory has seen a stellar growth revenue since inception, with more than 500 million installs. The company has hired more than 100 people from 20 nationalities in the last 18 months and it has opened five offices in four countries.

Northzone led the round with participation of Singular, King and FuboTV founders as business angels and Spotify founder Daniel Ek’s family office.

Back in February, Homa Games raised $15 million, and so it has now raised $65 million to date. The publisher and developer already has more than 40 apps and games in its portfolio. The category of hypercasual games — which are lightweight games that you can play in a minute — is a hot one. The company is launching two to three games a month.

Since its founding in 2018, Homa Games started with hypercasual and it has now expanded to casual and board games. It has launched hits such as Tower Color, Sky Roller, and Nerf: Epic Pranks. The latter game was the company’s first licensed game in collaboration with Hasbro. The biggest games at the moment are Kaiju Run, Get Lucky, FarmLand, and Craft Island.

“There is a lot of competition in gaming in general but this industry is not a ‘winner takes all,'” said CEO Daniel Nathan in an email to GamesBeat. “We don’t focus on hypercasual as such, we focus on building a tech platform on top of game engines to master market intelligence, feature A/B testing without code and massive distribution. We have launched hypercasual games but also domino and minesweepers. We are creating a new generation of tech for game creators so they have intelligence on top of the game engines.”

Nathan founded his first iPhone game company at the age of 18, and he went on to create other companies in media and entertainment. Juan José Mostazo is chief technology officer and a veteran of multiple startups in big data, scalable systems, and adtech. Chief revenue officer Olivier Le Bas worked at Dailymotion and another startup. 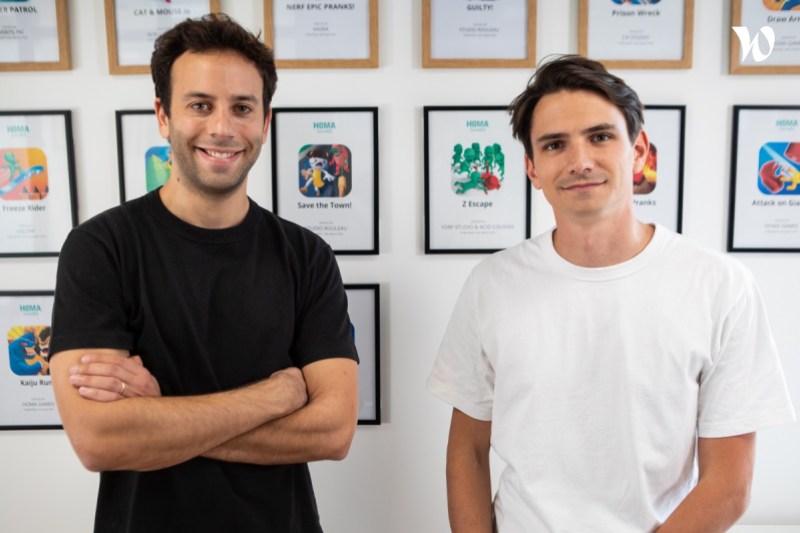 The company has focused on market intelligence and testing with its Homa Lab team, so it only invests in ideas that have a potential. It iterates on the prototypes until the games are good. And then it tries to reach massive audiences via distribution. In our earlier interview, Nathan said it can take as little as three days for the company to test whether an idea will work or not.

Homa Games has developed tech infrastructure that allowed it to shorten the game development substantially — most of the company’s published games have been built in less than eight days, while they all reached the top 20 most downloaded games in the app stores.

Homa’s technology is a layer on top of cross-platform game engines like Unity which allows any game developer to have access to the tools that large game studios have built in-house and unlock their creativity. This infrastructure is based on three main pillars: market intelligence (which help developers find the next trends and have access to the most promising game ideas), real-time A/B testing capabilities with their no code software development kit (SDK, which allows massive A/B tests in parallel), and distribution and monetization technologies.

The company partners with indie game studios providing them with a full stack of developer tools, data insights, and revenue generation through advertising that they wouldn’t be able to access without the platform. Most of the games generate revenue for more than a year.

Commenting on the deal, Riccardo Zacconi, founder of King, said in a statement, “Daniel and Olivier have an ambitious vision and I was blown away by the groundbreaking production technology Homa Games have built to empower developers. Their technology is giving independent game developers the toolkit to maximize their time as they make content creation easy and extremely data-driven. They’ve been able to hire a stellar team to build this further and I’m extremely happy to be on board.”

Homa Games is planning to hire 100 people in the next 12 months to execute on its tech vision, complete strategic acquisitions, and partner with brands such as Hasbro. Homa Games has published games across multiple categories such as hypercasual, casual, and board, and expects to launch around 20 more before the end of 2021.

Since Apple shifted its focus to privacy over targeted advertising, many game developers have had trouble targeting specific audiences for monetization. But since Homa Games audience is very broad and it doesn’t have to target users so precisely, it hasn’t seen much effect on iOS, Natahn said. Still, it has a lot of competition.