Video games have a long history of placing their protagonists against superstitions and religions, and one of the best games at the Electronic Entertainment Expo trade show last week is a part of that legacy.

Horizon: Zero Dawn’s hero, Aloy, is out of place in the world she inhabits.  She grew up outside of the communities that you’ve likely seen in the gameplay trailers from publisher Sony. And because of that, she rejects the beliefs of the people in her new tribe. The PlayStation 4 exclusive is due out in February, but it’s already one of $99.6 billion gaming industry’s most anticipated 2017 releases. In a demonstration at E3, developer Guerrilla Games showed me the gameplay and the story. The studio also demoed several conversations between Aloy and NPCs where she would brush aside their concerns with rational responses. for the PlayStation 4 exclusive that’s

In one of those conversations, Aloy spoke about going to the boundaries of her tribe’s known world. In response, a woman that seemed to have a leadership role noted that some sort of mystical elder said that no one should do that because the gods are angry with them. The elder’s reasoning? A corruption is infecting and overtaking the mechanized fauna that populates the fields and forests.

Aloy ignored that warning and wondered aloud why no one else wanted to know what was causing the corruption. She set out from their camp promising to discover the real truth.

This exchange prompted me to ask Horizon lead writer John Gonzalez if he was going for a theme that explores a rational person in a world of primitive superstitions. 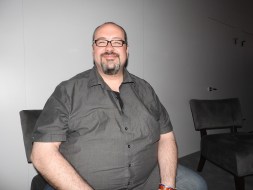 “Yeah. There is that element,” Gonzalez said. “She’s always trying to see beneath whatever beliefs people are mystifying. Over the course of her journey, she actually will uncover a lot of those secrets. By the time you’re finished playing this game, you will have quite a deep understanding of how this world came to be and why things are as they are.”

The demo Guerrilla and Sony showed how Aloy’s story has a lot to do with finding out who her mother was and why the man who raised her kept her isolated from everyone else. She believes, perhaps irrationally, that the answers to these questions hide some profound meaning.

Gonzalez says that’s what drives her: that need to understand where she came from.

“I think that one of the follies that makes her really compelling to play is that she’s this really skilled, resilient hunter — she’s very resourceful, but she’s not just hunting the machines,” he said. “She’s also hunting for answers. It’s just that puts her at odds with all of these larger issues.”

Aloy is not interested in proving the religious around her wrong as an end goal. It’s just that she won’t stop looking for the truth because it might upset someone else’s beliefs.

“She’s not out there to disabuse people of their notions,” said Gonzalez. “But she is not someone who shares them.”

Of course, Aloy’s place as a skeptical outsider is useful beyond telling a story.

“The fact that she grew up as this outsider does give her this perspective that makes it easier to inhabit her role,” said Gonzalez. “She’s not someone who’s of this world — in the same way that, when you first start playing this game, it is new to you.”

That means when you scoff at one of the NPCs for thinking that god is punishing them with demonized robot dinosaurs, you’ll likely feel a stronger connection to Aloy when you see her doing the same thing.