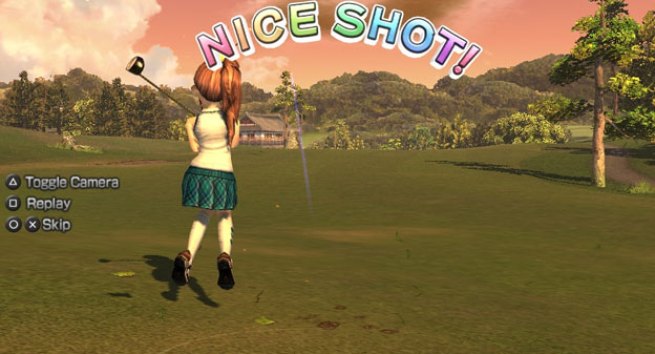 I’m not much of a golfer. I had one stint at making it as the next Tiger Woods 10 years ago, but I was better at cutting the grass with the club than hitting the ball. The constant walking, the occasional swimming…it wasn’t for me. Thankfully, the PlayStation Vita’s first golf outing quashes these nightmares with its simplistic and rewarding gameplay. World Invitational doesn’t do anything really unique compared to previous installments in the franchise. It’s just another Hot Shots game, but it’s still a good one.

Like its predecessors, World Invitational welcomes players with open arms. Controls are basic and allow instant success. Two schemes are available for selection. The first is the classic triple-tap method, forcing you to select your direction, power, and contact point through a gauge. The second option offers the same premise until the final button press. Instead of stopping a bar in the correct area, a circle appears around your ball. This gradually reduces in size, and you have to kill it when the outline best fits the template of your soon-to-be-flying sphere.

While both methods may seem juvenile, a surprising amount of depth backs them up. Experts can scout the course for potential dangers with great perspective and precision using the 360 degree camera. It only takes a few seconds to make a mental note of bunkers and other hazards, so this exercise is well worth doing. And if you find any problems — like a tree blocking your route to the hole or a lake that wants to gobble up your chances of victory — the D-pad has you covered. It allows you to intentionally slice, hook, or add backspin to get past any obstacles.

Pulling everything together and executing a perfect shot is a rewarding experience. Hot Shots has always built itself on making players feel great about themselves (which is almost the opposite of real-life golf), and World Invitational is no different.

The feel-good vibe carries over to the visuals as well. From overly happy Japanese characters to the luscious greens of each course, everything is so bright and emotive. Much has been made about Vita’s ability to produce realistic graphics, but this game’s super-cutesy appearance is arguably more effective than a sense of realism. World Invitational wants you to have fun. Perform well and “NICE SHOT!” springs across the screen in rainbow-colored letters, reinforced by a humorous little jiggle from your chosen character. Dramatic camera angles pinpoint the result of each putt, heightening the feel-good factor when you sink one from long range. Catchy tunes overlay the action, nestling within the confines of your brain at the same time. World Invitational is your friend, and its addictive nature means you’ll be visiting often. 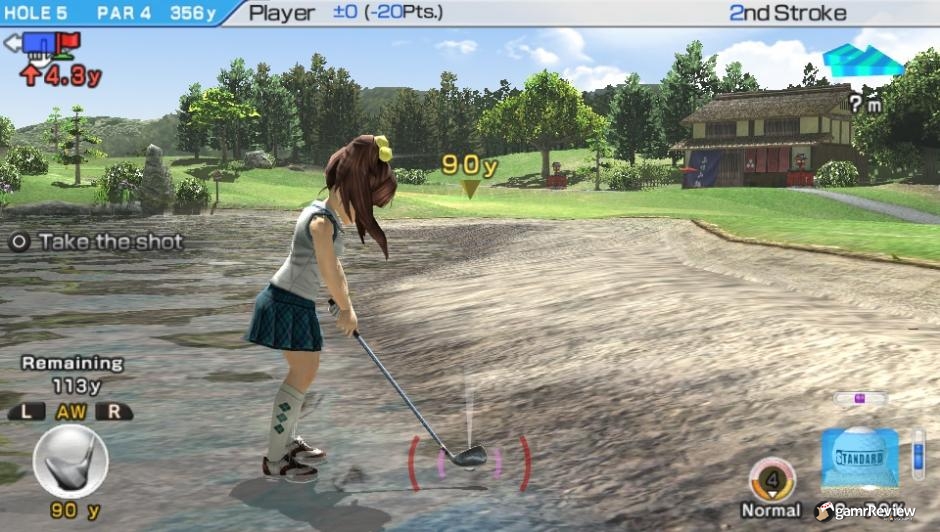 For a portable game, World Invitational offers plenty of longevity. Mode-wise, challenges have you battling against A.I. across 9- or 18-hole courses. Although these start easily, they have a talent for ensuring the difficulty is within touching distance of your abilities. If you lose, it’s always your fault. In the later stages, the A.I will often finish one shot ahead, meaning there’s always need for “just one more go.” Even series aficionados will feel challenged in the toughest stages, but crucially, the game never feels unfair. If it does, a change of pants will have you feeling fresh and ready to go again.

You can also spend a lot of time unlocking an expansive amount of outfits, clubs, balls, and other interesting tidbits. If you’ve ever felt less sophisticated than your opponents, a mustache and spectacles combo will change that. Hell, add a bright yellow jacket and call yourself Colonel Mustard. The selection is plentiful, and constant progression means you’re always gaining extra items. 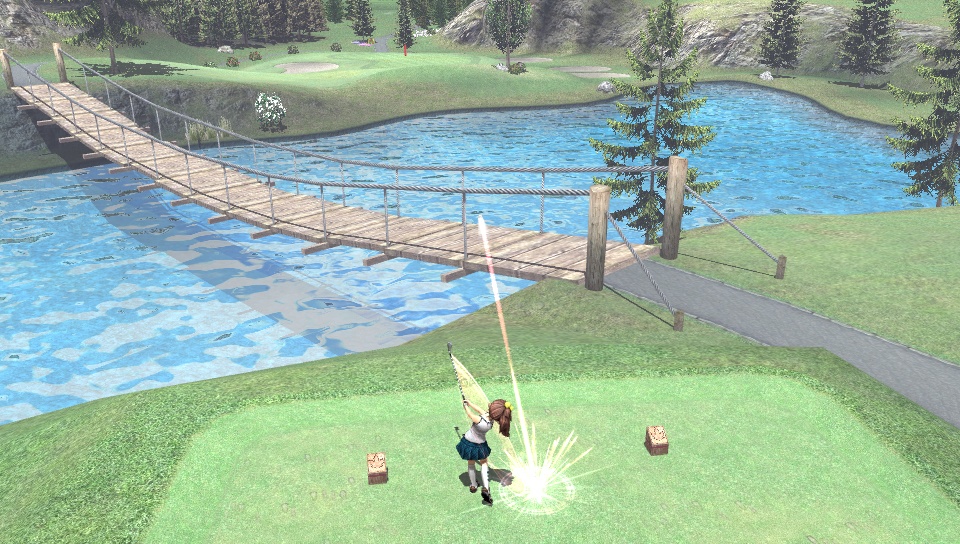 You can extend your time with World Invitational by going online. It follows the trend of many recent games, providing daily challenges for those who fancy a spot of competitive play. Your scores go to an online leaderboard, but this isn’t really multiplayer in the traditional sense. Thankfully, you can challenge your friends under a set of personally crafted rules. Both of these modes extend the game’s appeal, especially if you’re in the same room as the people you’re facing.

After many hours of play, I can safely say this title is a surprising leader amongst Vita’s feeble launch lineup. Although easy to overlook, World Invitational is even more difficult to put down, despite its close resemblance to the many Hot Shots before it. Developer Clap Hanz has produced a thoroughly enjoyable and addictive game, filled with a simplicity that makes it accessible for players of all abilities. Finally, I can forget my dreams of sinking a hole-in-one at the U.S. Open. Despite my sporting failures, World Invitational makes me feel like a champion. Score: 75/100

Hot Shots Golf: World Invitational was released for the PlayStation Vita on February 15, 2012. A copy of the game was provided by the publisher for the purpose of the review.