Here’s what we know about Team Ico’s game The Last Guardian (pictured above): It’s the follow-up to the developer’s well-regarded Ico and Shadow of the Colossus; it stars a boy and a puppy dragon; it has been in development for seven years, and nobody knows if or when it’s going to come out.

This is not a new story. Well, the bit about the puppy dragon is pretty original, but you know what I mean.

Games often disappear for months or even years, resurfacing briefly so that the developers can tell us that they are, in fact, still working on them — and also that they can’t tell us any more than that.

Most of these games eventually disappear because, like fairies or Freddy Krueger, they can only exist if someone believes in them. Some of them actually come out. Here are eight from the latter group — and what took them so damned long to reach retail. 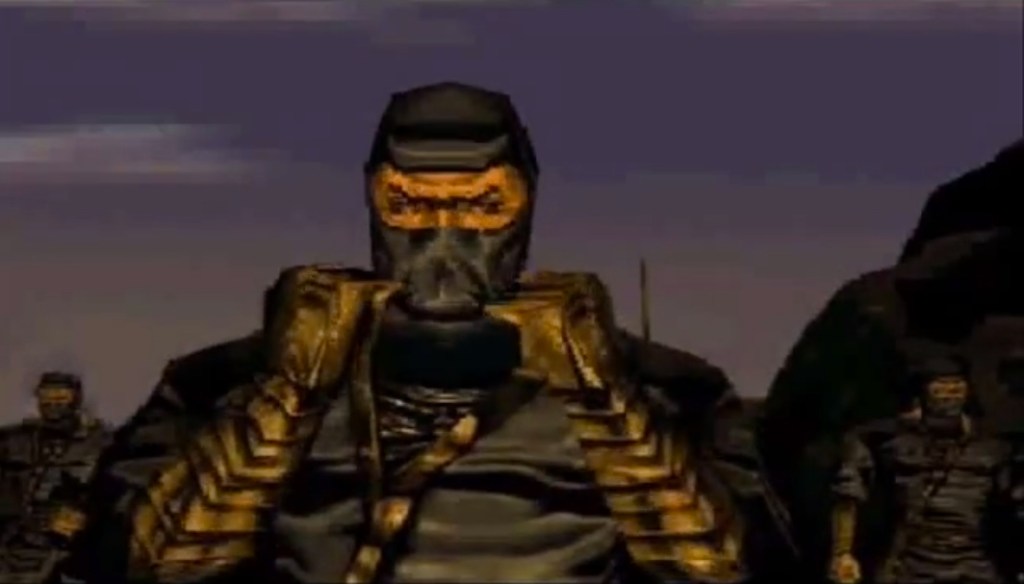 Three years isn’t a huge amount of time for a game to be in the making, but in Daikatana’s case, it was a little over five times longer than developer Ion Storm thought it would take. 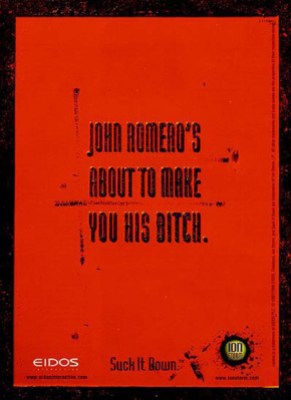 Above: Yes, even you.

Designer John Romero, who had previously found success from his work on Doom and Quake, split off from id Software to form his own company. He announced two plans: One, to make a game called Daikatana, and second, to make you his bitch.

He succeeded at one of those things.

The game’s ambition was as big as the ego necessary to create that ad campaign: It was an epic tale taking place across multiple time periods with weapons and baddies for days. Its main problem, however, was timing.

Daikatana originally used id’s original Quake engine, and after a few underwhelming demos, it became apparent that the tech needed an upgrade. This meant a port to the newer and shinier Quake II system, which added time to development, and then this even that didn’t matter because developer Valve came out with Half-Life and its GoldSrc engine in 1998, which was itself a modification of Quake that looked and played way better.

So by the time Daikatana finally launched in 2000, it was already two years behind, and it looked it.

The general consensus across the Internet is “No.” Daikatana launched to middling reviews and quickly became the industry’s mascot for overhyped and undermade games. The fervor has died down a little over time, and some recommend it as a silly, B-movie-style diversion. 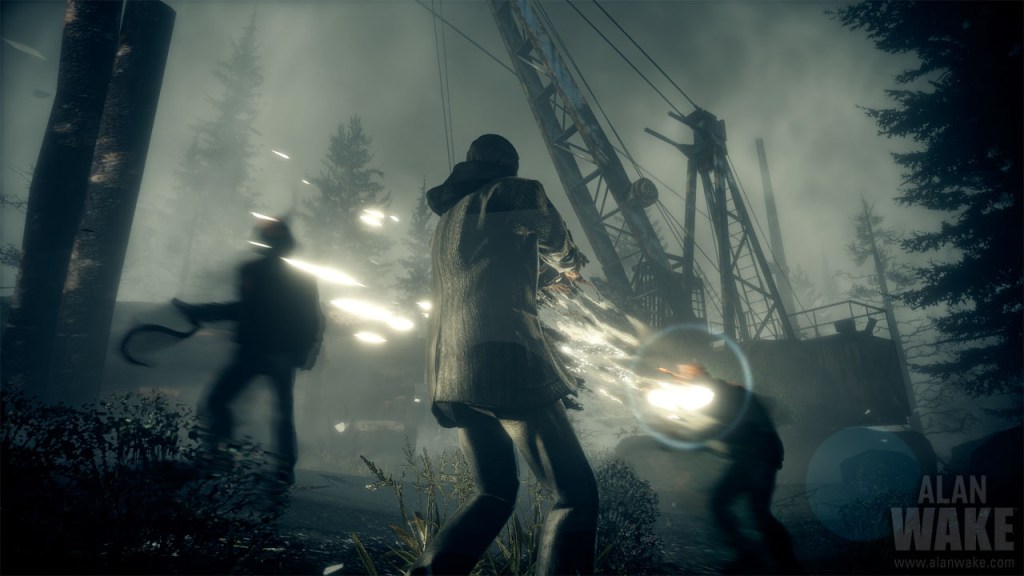 Above: It might have taken longer because the writers thought up a whole bunch more “Twin Peaks” references they could work in.

Developer Remedy Entertainment, creator of slow-motion badass Max Payne, decided to try something different for its next project after its dalliance with trigger-happy insanity.

It announced Alan Wake at the Electronic Entertainment Expo trade show in 2005, and then the project more or less disappeared for four years. We got some screenshots and a trailer two, and then, suddenly, Remedy reminded us that Alan Wake was still a thing that was happening. And finally, in May of 2010, it was out.

Among the causes of delays were the team’s decision to make Alan Wake more linear over its original design as an open-world game. You can still see remnants of its sandbox-y nature in the form of useless collectible coffee Thermoses scattered around the map and some brief driving sequences.

It was. The game launched to generally glowing reviews (it currently has a score of 83/100 on aggregate review site Metacritic) and spawned two DLC packs and a standalone action pseudo-sequel, Alan Wake’s American Nightmare (released in 2012).

Much like David Lynch and Mark Frost’s mystery series Twin Peaks, from which Alan Wake draws heavy influence, the game has built up a loyal fanbase.

Unlike Twin Peaks, however, we might actually see more Alan Wake someday. 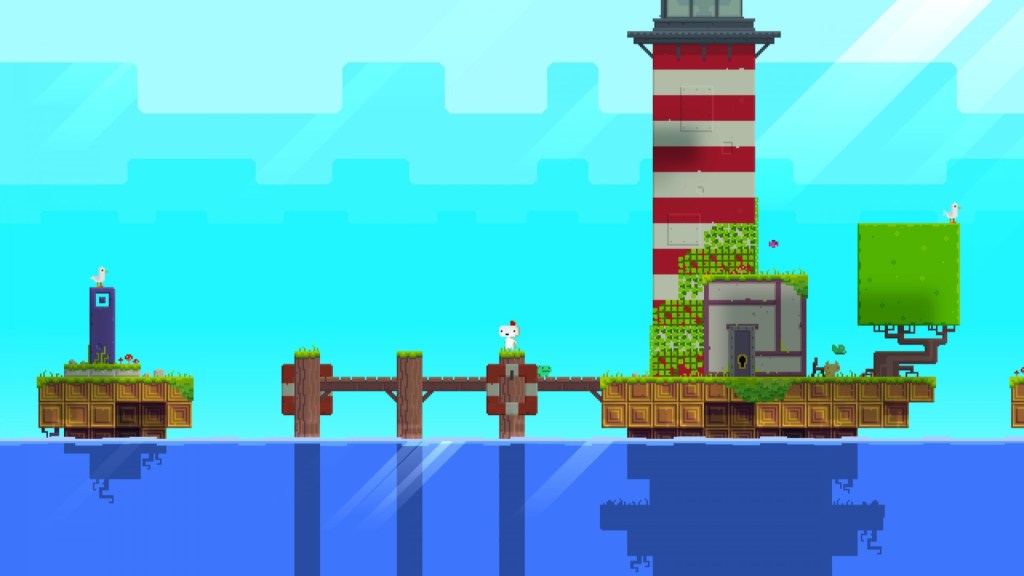 Above: Those giant voxels take a while.

Outspoken developer Phil Fish’s cube-loving puzzle title experienced the kind of tumultuous creation cycle that indie-development nightmares are made of. It had the fairly commonplace financing problems, dissolutions of partnerships, and on-the-fly programmer swaps.

But perhaps more unique to Fez was that Fish redesigned the visuals as he went, swapping out art like an electronic version of the Theseus’ Ship thought experiment until the game we received in 2012 did not look anything like the one he’d started creating five years earlier. The concept, gameplay, and backstory remained, however.

You can see all of this in the excellent 2012 documentary Indie Game: The Movie, and once you spend an hour-and-a-half watching Fish slowly (and understandably) unravel under the immense pressures upon him to finish and release the game, you might appreciate that we got anything at all.

Fez has some weird glitches and crashes in it (even outside of the ones that are actually part of the game design), but it’s otherwise a fascinating, charming, and challenging game. Its puzzles are clever and satisfying, although one of them is so obtuse that fans discovered the solution without understanding why it was the answer.

Add in the soundtrack’s mysterious hidden images and its capability to turn otherwise kinda-normal people into Pi-level maniacs, and it’s one of the most creative and mysterious titles in recent years.

And we almost got a sequel, but fans ruined that for everyone.

Thanks a lot, fans. 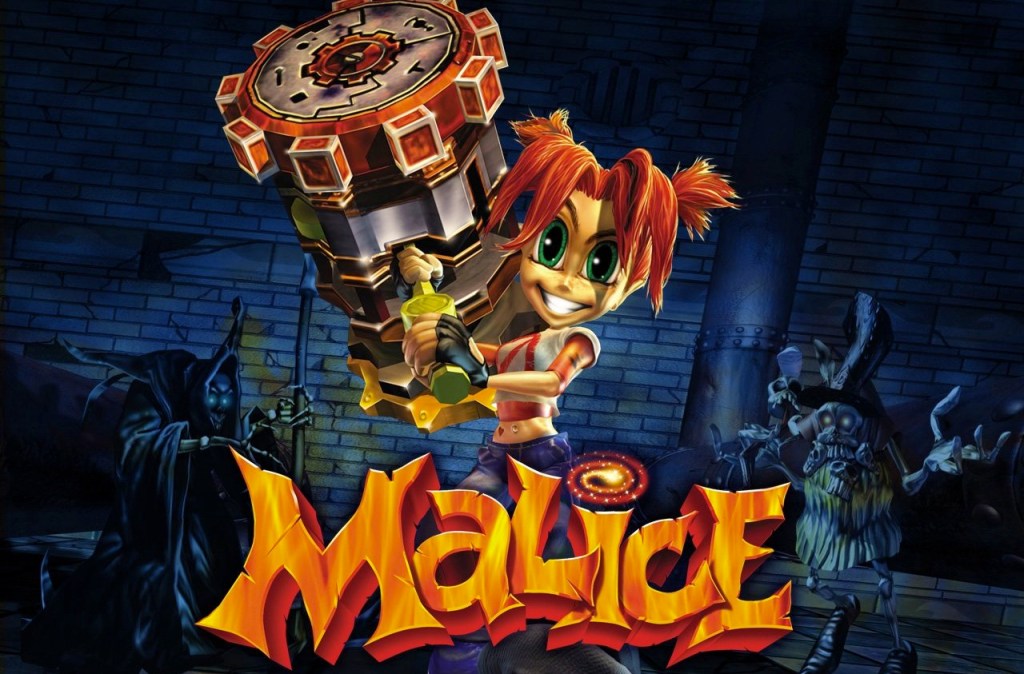 Above: Never heard of this one? Well, you might want to prepare yourself.

Malice was first planned for Sony’s original PlayStation console, but developer Argonaut games later decided to port it to the PlayStation 2 and Microsoft’s first Xbox with a planned release date of 2001 (to coincide with the Xbox’s launch).

Along with the upgrade, Argonaut aimed to bring some star power into the project, casting members of rock band No Doubt as voice actors, including lead singer Gwen Stefani as the title character. And if you can handle a lot of repetition, this is what that would have sounded like:

The game missed its 2001 launch goal, and later Argonaut announced it would be delayed until 2003. In 2003, the developer cancelled the game. Just as suddenly, however, Malice found a new publisher and finally came out in 2004.

Apparently not. Malice debuted to middling reviews, and even the fact that you spend the entire game hitting things with an enormous hammer was not enough to make up for its apparent lack of ingenuity and charm.