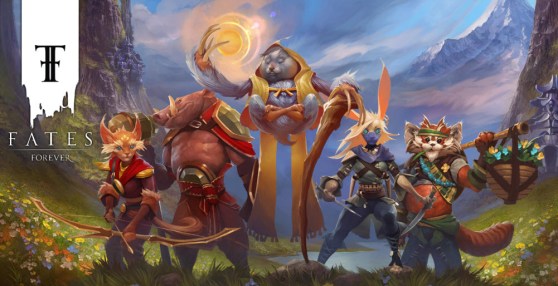 Another category is MOBA, like League of Legends or DOTA 2. DOTA 2 has more than six million monthly active players. League of Legends I believe has more than 12 million. These are very popular games online. I would say that the new platforms, such as tablets, are getting to a level today where they can create great experiences for MOBA players. We invested in Hammer & Chisel for that reason.

Sanderson: Exactly. Jason is an experienced CEO who has done very well in the mobile gaming space. There are other companies too, like Super Evil Mega Corp and so forth. There will be more. I feel that what’s great about iPad gaming, for example, is it’s a third device. If you own an iPad, if you have enough money to pay for it, you have enough money to pay for virtual goods or downloadable games. The demographics are strong, and the capabilities of the iPad and other tablets are getting so good, that it’s going to encroach upon the console market. We’re already seeing that. I’m talking to a number of game companies that just produce games for tablets. They’re not doing Android phone or iOS phone versions.

The other trend I talked about was eSports. I like the area of eSports, where people watch celebrity players compete. I’ve talked to some platform companies in the eSports area. I’ve not figured out where to invest yet, but I see it as such a large trend that it’s something we all should be watching closely. What’s interesting about eSports is that, unlike watching an NFL game, people can watch computer games and then actually play them themselves. They can interact on that level. There’s a potential to get a lot of these hardcore players involved with eSports. Now my job is to figure out how to make money as an investor in that category.

GamesBeat: It seems like Twitch has been a runaway success there. It showed that people are finally enjoying spectating on games.

Sanderson: Absolutely. Twitch is a great success story. There will be others like it. You’ll also see different business models, like QQ in China, coming to the United States. It’s not just around video content, but also other forms of subscription services or ways to interact. There are different models we’ve yet to see.

Above: Clash of Clans is one of the most successful free-to-play games around the world.

GamesBeat: Speaking of overseas developments, Newzoo came out with an interesting report on China. They noted that Tencent can now be classified as the world’s biggest gaming company as far as revenues. They had $5 billion in revenues related to games last year. It’s an eye-opener. What do you think about gaming in other territories?

Sanderson: The gaming market is absolutely global. Tencent has done an incredible job of partnering with other game publishers, and also working through WeChat, to use the mobile category to push games out. That’s where gaming is going, especially in Asia. We see WeChat, Kakao Talk, and Line not only doing one-to-one communication in a social networking way, but integrating gaming within those platforms for consumers. We’re going to see that in the United States, absolutely. I’m surprised we haven’t seen as much of it yet.

Global gaming is massive. A lot of our companies are interested in working in Asia as well, and that’s why we’ve partnered with IDG China, which is a sister fund of ours. We’ve co-invested with them four different times. They have very deep connections. They were the first investor in Tencent, back in the day.

There are some differences as well, comparing eastern to western gaming. Puzzle & Dragons is very popular in Asia and Japan particularly, but it’s very different from a traditional role-playing game or something like a Clash of Clans. Gung Ho surpassed Nintendo’s market cap at one point in Q4, though. It was well north of $12 or $13 billion, and it’s a very young company. There’s a lot of money to be made in Asia, but most companies are thinking about gaming globally now, not just about individual territories.

GamesBeat: Some other VCs are active in games. Rick Thompson’s Signia is one of them. They did about eight investments in 2012. They felt that was the right cadence for keeping track of a fast-moving game industry. I wonder what your own view is on how often you’re interested in investing in games. And when you’re not, what are you doing besides game investments?

Sanderson: We do see a number of the same investors out there. I’ve co-invested with Benchmark, Greycroft, and Signia quite a bit. Those three, and IDG Ventures, tend to be the more active VCs in this category across the board. I invested in Funzio with Rick Thompson. We sold the company to Gree, which was a great sale, $210 million. I know they’ve been very successful within Gree as well. I’m proud of those guys.

I would like to four or five game investments per year. That seems like the right level. I don’t want to do too many in any given category because of conflicts, but that’s probably where I would like to be in 2014. As far as other investments, I’ve also made search-related investments. I’m on the board of Simply Hired, which is one of the leading job search online companies out there. I’ve made some e-commerce investments lately. I made a SAS investment toward the end of last year called GuideSpark, which recently raised $15 million from the NEA. They just announced that last month. It’s been a successful company so far.

I’m interested in gaming, but our fund is very focused on consumer internet and enterprise IT companies. I’ve been a venture capitalist for about 17 years. I’ve invested in about 50 companies across that spectrum. As a venture capitalist, you need to look at where the trends are going and invest early in those trends. I believe gaming is one of the biggest trends we see out there today, which is why I’m so aggressive as far as investing in this category.