Game companies deal with uncertainty all of the time. But it’s usually not the kind that Jessica Rovello, the chief executive of New York-based Arkadium, and her husband and company president Kenny Rosenblatt have had to face.

In the spring of 2014, as the crisis in the Ukraine turned into civil war, the Russian Federation invaded the Crimean peninsula, a region of Ukraine, and annexed it as part of Russia. Arkadium happened to have its biggest game studio — a seasoned mobile-game development crew of more than 100 people — in Simferopol, Crimea. Overnight, it became a Russian territory, with armed occupiers knocking on doors and verifying identities.

But only about half of them went. So Rovello had to decide what Arkadium would focus on, now that it had only half of the developers that it had before. She decided to exit the company’s mobile-gaming business. Instead, Arkadium focused on its core web business, which provides light casual games for websites such as newspapers and portals. It was an emotional ordeal, but Arkadium survived it.

Perrin Kaplan, the principal at Zebra Partners, interviewed Rovello in a fireside chat at our GamesBeat 2015 conference. Here’s an edited transcript of their interview. 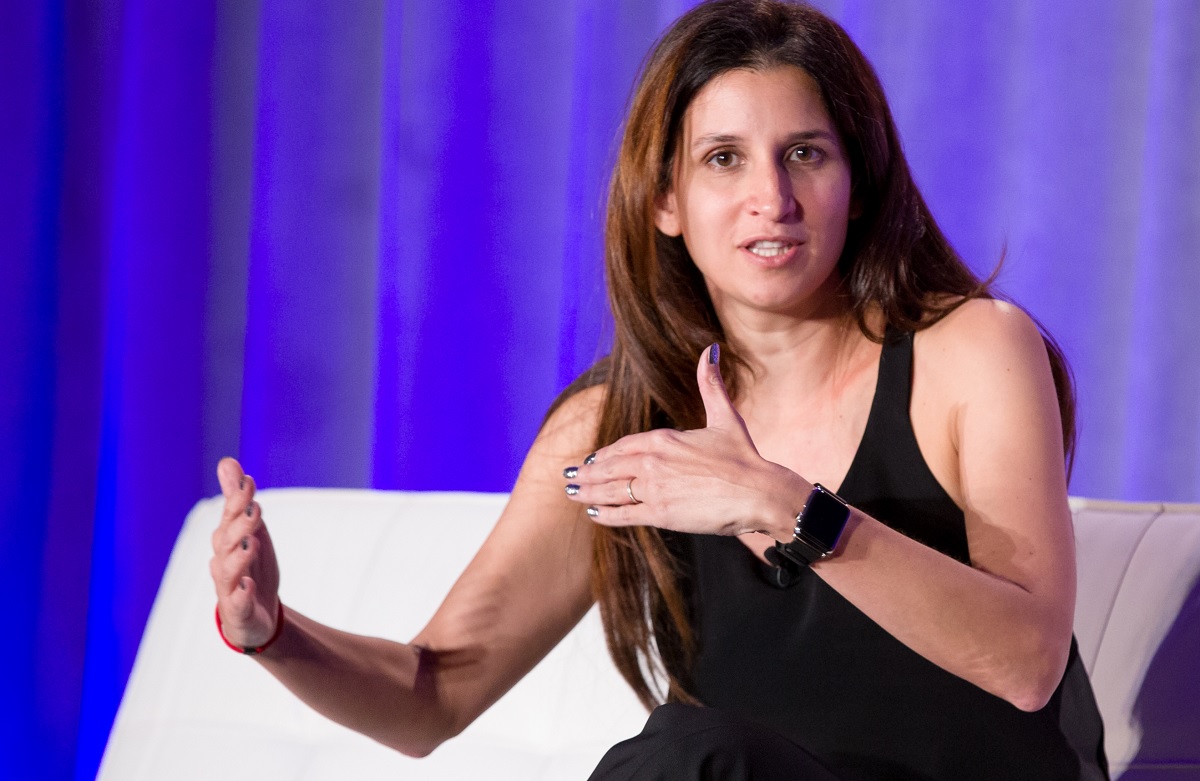 Above: Jessica Rovello runs Arkadium with her husband, Kenny Rosenblatt.

GamesBeat: Your husband is president, and you’re CEO. Can you explain a bit about why that is?

Jessica Rovello: Kenny is an amazing man. He’s really evolved, I think. Two years ago he said to me, “You know what? We’ve been running this company together since the beginning, but purely by nature of the title, I get more opportunities than you will. I think it’s time you got those opportunities. And we work in an industry where there are just not enough women leaders at the forefront. Let’s make this happen.”

It took us two years, but everything last year got turned upside down. The timing was finally right.

GamesBeat: [You have moved down numerous] paths. I want you to touch lightly on what your business has been. You’ve done mobile games, and now the greater emphasis is on backend systems.

Rovello: We’ve been in business for 15 years. When we started we were in skill gaming. Then we did virtual worlds. Everything that’s been an evolution in this business, we’ve been a part of it in one way or another. The last five years especially we’ve been focusing on social and mobile. But the backbone of our business has always been our network on the web.

When you start a business – we bootstrapped our business – and you don’t have a lot of money, you figure out creative ways to make things happen. One thing we did early on was we distributed our games on the web. Not on our own site, because we couldn’t afford to acquire users, but on other people’s sites. As a result, over the last decade, we’ve created this large network of online games across every major digital publisher in the U.S. If you go to CNN or USA Today or the Washington Post or the LA Times and go to their game sections, they’re powered by us.

As everything imploded for us in the last year, one of the things we did was take a step back from what we’re doing in mobile and social more aggressively. It’s a tough business to survive in. We’ve spent the last six months focusing on our core business, our network on the web. We’re excited about how that’s shaping up. We’ll be releasing a new product in the next couple months that we think will change how people engage on the web and the mobile web. 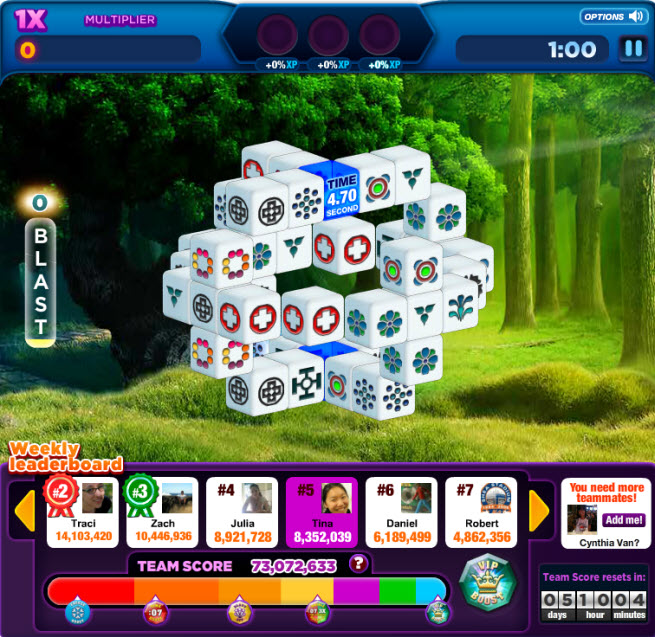 GamesBeat: A majority of your company was in Crimea.

GamesBeat: A little bit like a video game, but actually real life — in 2014, under Putin’s orders, the Ukrainian territory was seized by the Russian Federation. There were troops that came in, tanks rolling down the street. They closed the airport. This was over the holiday season. Tell us what happened.

Rovello: It starts in February of 2014, when people started gathering in the square in Kiev. Eventually the president was deposed and the government was overthrown. We were watching from afar. Granted, we started this business in 2001. We started our development studio in Crimea in 2004. We started with six people and grew it to 100 over the years. This has been a real—It’s our life’s work. It’s our labor of love. We own an apartment there. We raised our children there in the summers. These are deep, personal relationships we have with everyone in the studio for over a decade.

So we’re watching from afar, kind of aghast at what’s going on in Kiev. We’re thinking, though, “That’s Kiev. It’s far enough away. It won’t affect us, hopefully. Maybe it’ll slow down travel.” Fast forward a month later and literally, this city that nobody had ever heard of except us, is on the front page of the New York Times. Tanks rolling through the street. 100 of our colleagues and friends, they’re like family to us, are there.

At this point nobody knew whether these forces were Russians or not Russians. They were just these indiscriminate people who happened to have tanks. It was frightening for us. They kept very calm about the whole thing. At that point we started making contingency plans. It’s surreal. You don’t plan for this. Nobody teaches you how to deal with a situation like this. What do we do if the office gets raided by these masked people with guns? What do we do if one of our employees is shot? What do we do if it’s not safe to get to the office? Can we keep the company going with people working from home?

One of those contingency plans was just picking up and moving. Where would we move to? How would we do it? I can’t even get into the crazy logistics of what it means to have the country that your company is based in turn into another country. We had to re-register everyone and everything. We had to change currencies. It was complete insanity, topped off by December 19, when President Obama sanctioned the region. That meant it became instantly illegal for us to do business there. Our company of 100 people evaporated overnight.