Microsoft introduced the name and design of the Xbox Series X on Thursday night during The Game Awards. And a lot of people are wondering if it’s going to fit into a traditional entertainment center when they pick one up next holiday. The issue, according to the renders we’ve seen so far, is that it looks massive.

But how big is the Xbox Series X?

If you take a glance at the first image of the Series X, you can see why people are worrying. The next-gen console looks like a hulking monolith in pictures. But without context, it’s difficult to tell if it’s as massive as it appears.

But Microsoft did provide some context in its images. It put the console next to the updated controller, which looks a lot like the current Xbox One gamepad. And that’s going to enable us to make some visual comparisons to understand the dimensions of the new device.

Sizing up the Xbox Series X

I’ve reached out to Microsoft to ask for the exact dimensions of the Xbox Series X. But it didn’t provide any specifics, so I’ve done some very crude comparisons using the available images.

As you can see, the Xbox Series X is about one gamepad wide and long. 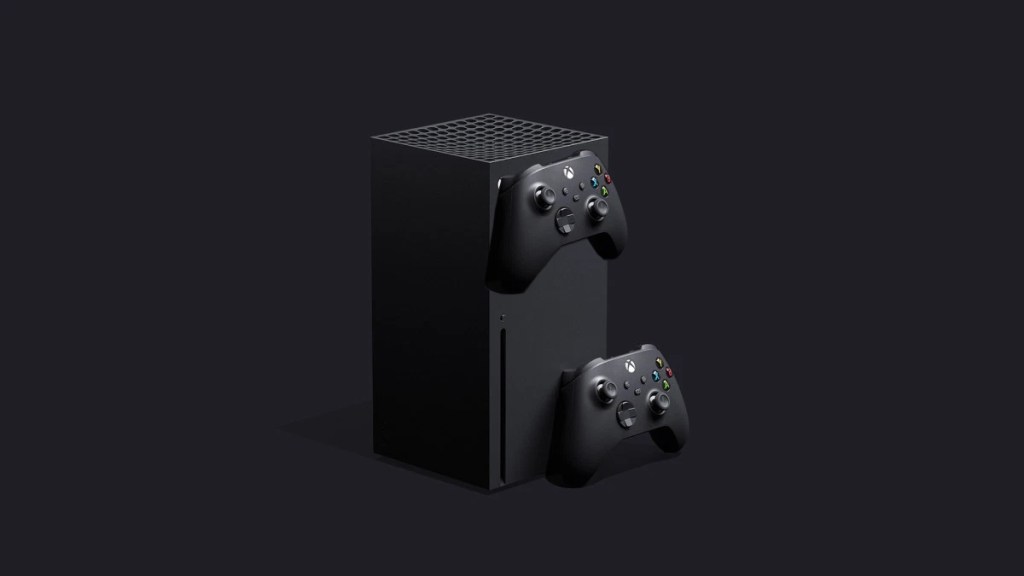 And it’s about three gamepads tall. 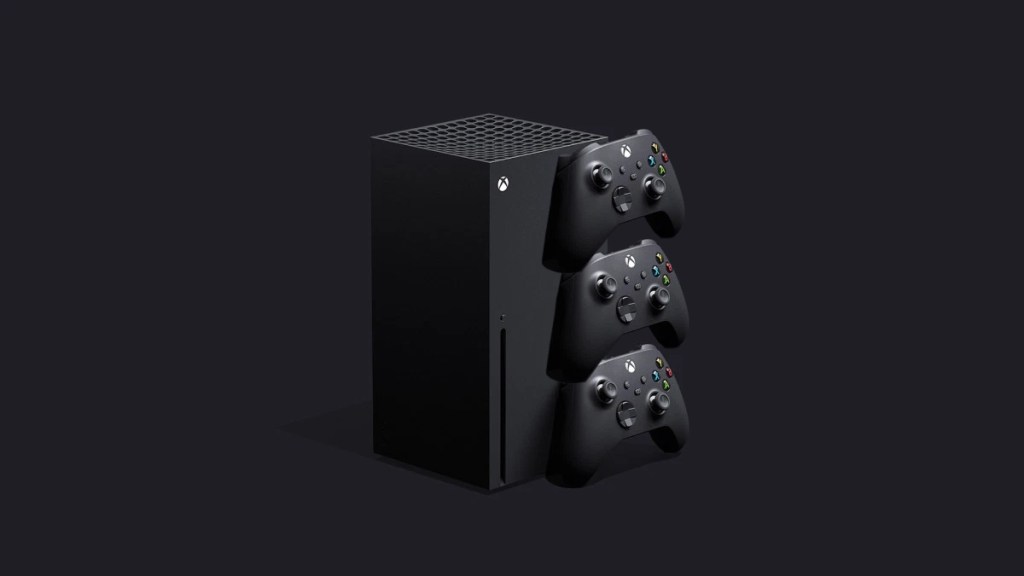 As you can see, it’s difficult to get the controllers lined up perfectly. But for the purposes of helping people figure out if they have enough room under their TV for Series X, I’m going to err on larger side of my estimations.

So I broke out the measuring tape to get the approximate size of the Xbox One X controller, and here’s what I came up with:

Again, these are really rough calculations based on a lot of eyeballing. My hunch is that it could end up smaller than these numbers, but let’s just assume it isn’t.

How does the Xbox Series X compare to other consoles?

Let’s just look at the numbers for some other consoles to help put the Series X into context. 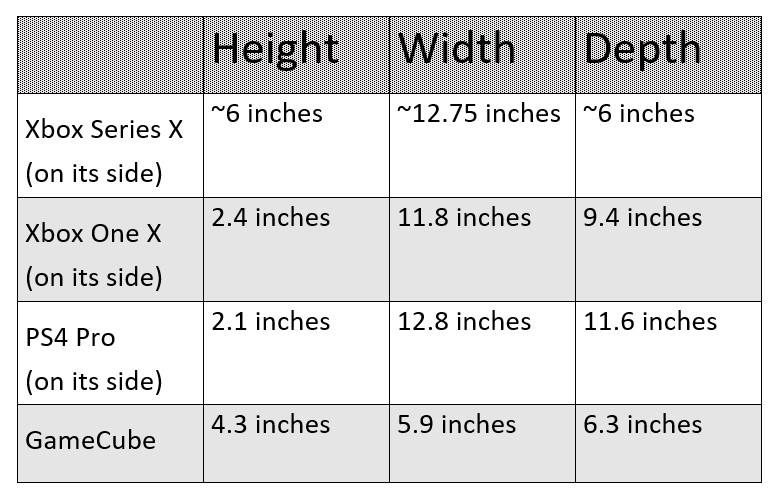 For the sake of comparison, I’ve put all the consoles on their side except for GameCube. GameCube just goes the one way. As this head-to-head reveals, the Xbox Series X is a big console — at least in terms of width and height.

But if your concern is about fitting it into an entertainment center, I really don’t think you’re going to have a problem. As long as your space is at least six inches tall, the Series X is going to fit anywhere that a PS4 Pro or Xbox One X fits. It’s actually smaller than PS4 in both width and depth. And that short depth means it’s going to slide easily even onto thinner shelves. I love that because it should make cable management easier.

The best comparison is probably to the GameCube. A Series X is like two of those duct-taped side-by-side.

So is the Series X really an unwieldy behemoth? Not really. Its squashed depth makes it a bit taller when you sit it on its side, but most people are going to find a place for it without much issue.