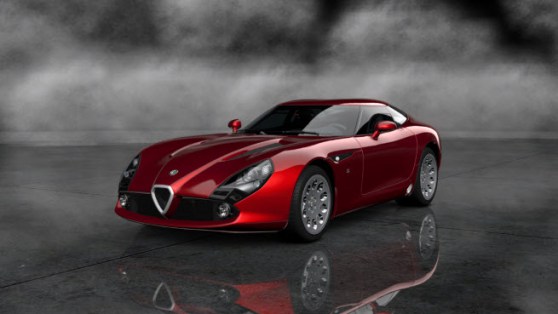 Kazunori Yamauchi is the father of the authentic racing-simulation game. His Gran Turismo series, which he has designed since the launch of the original PlayStation, has sold more than 70 million units since 1997. Gran Turismo 6 arrives in the fall for PlayStation 3, and Yamauchi, the chief executive of Sony’s Polyphony Digital game studio, told GamesBeat that becoming a pro race driver has helped him design a more realistic game. 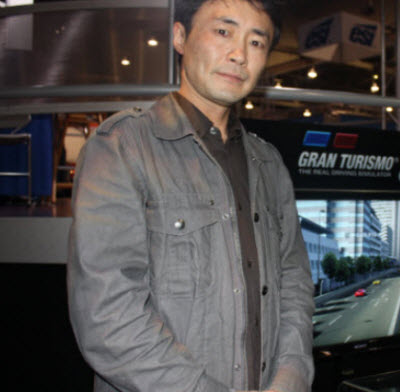 Yamauchi talked with us at the Electronic Entertainment Expo (E3) in a small group interview. Here’s an edited version of the talk.

GamesBeat: If you have an untrained eye, what would you notice that’s better about PlayStation 4 racing games compared to the PlayStation 3?

Kazunori Yamauchi: It’ll be an answer for an untrained eye as well, but the hardware performance of the PS4 is much better than the PS3, so you’re going to be a much richer image.

GamesBeat: What if I don’t care about graphics so much, though? What if it looks good enough for me already?

Yamauchi: I totally understand that because you’re right. To an untrained eye, the distinction between the images that you see on PS3 and PS4 might not be apparent. I think in that respect, video games have really matured. From here on, what’s going to be demanded of video games is an evolution that isn’t just about looking better or moving faster.

GamesBeat: [Gran Turismo 5] was very robust. It probably had the biggest scope of any of the GT games. Where do you go from there? What can you add to GT6 to give fans more?

Yamauchi: You’re right. GT5 was a huge game. At the same time, it was kind of bulky and slow as well. That was something I wanted to improve for GT6. I think that if you try out the demo on the show floor, you might realize that right off, going from the top screen to when you’re actually driving a car, there are no loading times. Everything is seamless now. There’s nothing that will stop you in between the scenes when you’re playing the game. The scale might have been great, but we were lacking in response because of the sheer size of the game. In GT6, one of the major objectives was to improve upon that.

GamesBeat: If we could take a broader view for a moment, you’re in a very unique position, having been involved with Sony’s consoles since Sony started making consoles. The series has spanned every one. I was wondering what kinds of things you’ve been able to do with each transition and what you’re looking forward to doing with the next transition. With GT6, you’re building on that speed and efficiency with the PlayStation 3. I’m wondering what else is in store for the next generation.

Yamauchi: Should I start with the first one, then? [Laughs] Back in the days of the PlayStation, the development device was about the size of a refrigerator. I created the first demo on that machine. I did the modeling by myself. I made a demo where an F1 car would drive around an oval track with flat shading — no textures. But the result was really kind of stunning. I never thought that I’d see the day when we could make games with 3D graphics. Of course, back then, I used to tinker with PCs and make games there as well, but I never thought there would come a day when these 3D models could run at 30 frames per second. That was a major surprise for me, when the first PlayStation came out.

When the [PlayStation 2] came out, one unique characteristic of that system was that the screen fill rate was very fast. Even looking back now, it’s very fast. In some cases, it’s faster than the PS3. There, we were able to use a lot of textures. It was able to do that read-modify-write, where it reads the screen, you take the screenshot, and you modify it and send it back. It could do that very quickly. 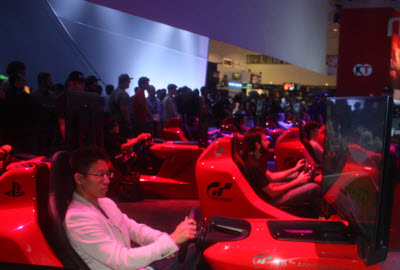 I don’t know if anybody remembers, but when the PS2 first came out, the first thing I did on that was a demo for the announcement. I showed a demo of GT3 that showed the Seattle course at sunset with the heat rising off the ground and shimmering. You can’t re-create that heat haze effect on the PS3 because the read-modify-write just isn’t as fast as when we were using the PS2. There are things like that. Another reason is because of the transition to full HD.

The PS3 was a combination of a poor GPU with an SPU that’s really fast if you use it right. It’s not a very well-balanced machine. It’s hard to use the hardware properly. That’s one reason why it took us five years to develop GT5. Using the SPU properly, though, that in itself is really interesting. On the PS3, in the demo, we showed the adaptive tessellation. That’s the kind of technology that you normally wouldn’t be able to do unless you were on the PS4-generation of machines. When you optimize the use of the SPU properly, you can do that even on the PS3.

That leads into how we work on the PS4. The PS4 isn’t as off-balance as the PS3 was. If you look at the market right now, Gran Turismo is one of the only games on the PS3 that does 1080p at 60 frames per second. It was really difficult to achieve that. On the PS4, the lowest common denominator is going to be boosted. Most games will be able to do 1080p at 60 frames per second. That’s the real good part about the PS4.