The Amazon Fire Phone is capable of a 3D-like effect called Dynamic Perspective. It tracks your head and adjusts the onscreen image to make it feel like you are looking through a window. It’s an interesting technology, but now we’re gonna find out if developers care.

Let’s assume that the head-tracking and the dynamic-perspective 3D effect work 100 percent of the time. Now, it’s up to developers to take advantage of it. Whether or not they will depend on a few things. Is it easy and inexpensive to implement? Well, Amazon is already trying to answer that.

The company released a video this week that has a number of game developers talking about how easy it is to get their games running on the Fire Phone — and that includes talk of getting the Dynamic Perspective stuff working well.

The studios that already have their hands on software-development kit for Fire Phone’s Dynamic Perspective are saying that it is easy to implement — at least in the Amazon promotional video. Other developers are also confident that they won’t have an issue getting the 3D-like effect to work with their games even if they still have reservations.

“As we haven’t had the chance to fully evaluate the device, it’s hard to say how practical the technology is at this point,” Zen Studios vice president of publishing Mel Kirk told GamesBeat. “However, with our extensive experience in 3D tech, we see no reason why it would not be practical.”

Zen Studios makes the Zen Pinball and Pinball FX series of games for a number of platforms, including mobile. The team has previously released some of its software on Nintendo’s 3DS handheld game console, which uses a different kind of technology to create a sense of three-dimensional depth for players. The 3DS uses a series of shutters to guide two images — one for the left eye and one for the right — to a sweet spot a few inches in front of the display. Despite this very different solution, Kirk and Zen Studios feel plenty prepared to implement Dynamic Perspective on the Fire Phone.

While studios may not struggle to quickly implement Dynamic Perspective into their ports of existing games, R.W. Baird analyst Colin Sebastian wonders if studios will really spend money on developing for the unique uses of the technology.

“I think it’s a bit of a chicken-and-egg issue for developers,” said Sebastian. “Studios need to focus resources on the larger scale opportunities, which currently are iOS and the Google Play version of Android.” 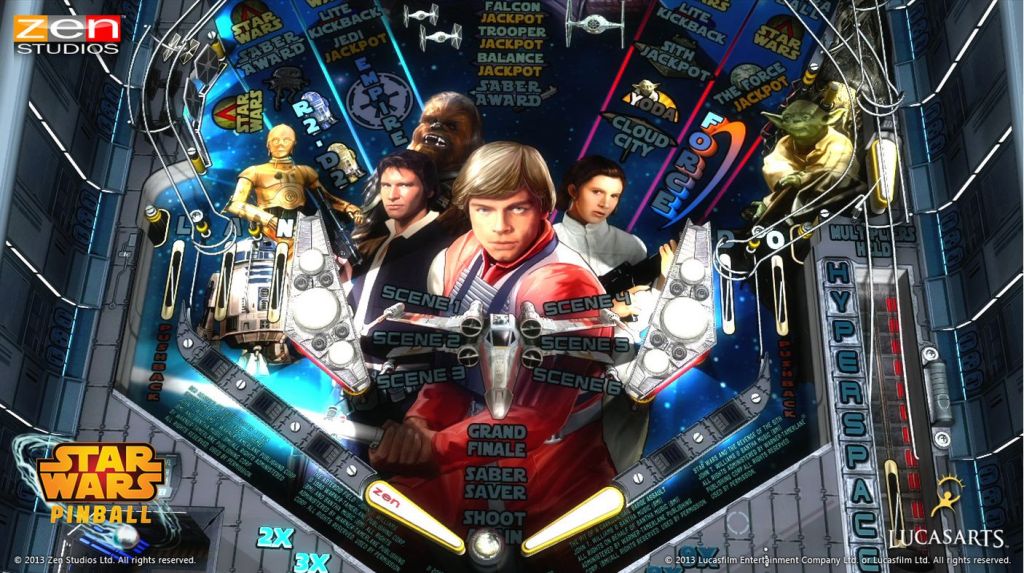 Right now, iOS and other versions of Android don’t support this head-tracking 3D. This means that HotGen, Zen Studios, and other developers would spend money to target a feature for a fraction of a fraction of the potential audience.

To combat that, Sebastian says that Amazon needs to communicate with developers. Game makers need to know how many people are downloading and playing with apps on Fire Phone. The analyst also feels that Amazon should help developers figure out the best ways to maximize their free-to-play revenue.

“I think there is a lot of potential with the hologram effect,” said Sebastian. “But more important will be how much scale the Fire phone and platform ultimately generates.”

Zen Studios sees the Dynamic Perspective as an opportunity.

“We really appreciate Amazon trying to make this a cornerstone feature, as it gives developers like Zen the best chance to succeed with creating experiences that differentiate themselves on the platform,” said Kirk.

The Amazon Appstore already has thousands of games. The vast majority won’t work with Dynamic Perspective. Games that get in on that early — especially those that do it well — may have an advantage with the early adopters who want something to show off the unique capabilities of their shiny device.

Beyond the practicality of implementing Dynamic Perspective, another hurdle is whether or not it’s a gimmick. One of the developers in Amazon’s video, To-Fu Fury developer Darren Andersen of Hotgen, explicitly states that “it’s really not gimmicky.” But that’s pretty tough to determine at this point.

Some developers are already deciding against implementing the hologram effect despite its easy implementation.

“It only took us a day to plug into the head-tracking API that Amazon provided for us,” developer Asher Vollmer told GamesBeat. Vollmer is responsible for the beloved brain-teasing mobile puzzler Threes for iOS, Android, and other platforms. While he got head-tracking working, he doesn’t plan to actually use it in the final release for Fire Phone.

“It seems like you could potentially do some cool stuff with it,” said Vollmer. “But it wasn’t a good fit for Threes.”

That makes sense. Threes is primarily two-dimensional, and head tilting may just distract from the action.

So, not every release will use Dynamic Perspective. In order for it to transcend simply acting as a bullet point on a download page for other games, it will have to make some material impact on the way people play and interact with games. It’s possible that it could do that even if it doesn’t “fit” with every experience.

If Dynamic Perspective replaces touch controls for looking around “inside” a 3D world by moving your head or tilting the phone, it could make understanding 3D games easier for more people. We don’t know if that’ll happen yet, but one developer is already giving that a shot.

The game is Saber’s Edge from Hibernum Creations. It will debut with the Fire Phone, and the studio says it is taking full advantage of the Amazon device’s capabilities — that includes Dynamic Perspective.

“We’re building it to minimize user input,” Hibernum Creations producer Louis-Rene Auclair told GamesBeat. “You’re going to be able to look around in the game and make things move.”

Saber’s Edge will have players controlling a cube. To make that cube move, you will just have to look at it and peek left and right. This is only possible because of the Fire Phone’s front-facing cameras and the Dynamic Perspective technology.

“Without Dynamic Perspective, we wouldn’t be able to do this,” said Auclair. “You’d actually have to swipe on the screen or something like that.”

Will it work? We’ll soon find out. If it does, it could open up the accessibility of games even further than touch controls already have.