In the early Wolfenstein games, the developers weren’t that interested in telling a story. You faced a lot of Nazis, and you mowed them down with all sorts of weapons. 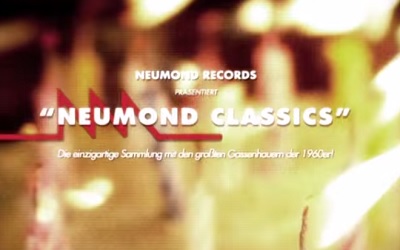 But with Wolfenstein: The New Order, developer Machine Games and publisher Bethesda Softworks wanted to create an immersive first-person shooter with a gripping story that was like Quentin Tarantino’s Inglourious Basterds. So they went so far as to create their own German-language record label, Neumond Recording Company, with German versions of pop songs from the 1960s.

The music label fits in with the mature-rated game, which is set in an alternate timeline in the 1960s where the Nazis have taken over the world and its culture. They have even gone to the moon first, which gives rise to the name “Neumond,” or “New Moon.” Secret agent B.J. Blazkowicz, a Jewish American soldier who launches an impossible counter-offensive against the Nazis. He goes in with guns blazing. And in between the staccato gunfire, you’ll hear ambient music playing in the background from the faux German record label.

“It’s little touches like that which make it feel more authentic and make it fun,” said Pete Hines, the vice president of PR and marketing at Bethesda, in an interview with GamesBeat. “The ’60s were a great era of cultural change, and some of those things would have happened no matter what. So this shows what might have happened in the alternate history to music.”

In the video trailer, a soldier with a German accent says, “Remember the ’60s? We conquered the world. We the moon. And we conquered rock and roll.” The Neumond Classics are campy songs that sound like German versions of The Beach Boys. A version of John Lee Hooker’s “Boom Boom” trademark hit is sung in German in a trailer, which depicts the Nazis taking over.

The game has other immersive artifacts, like newspaper clippings showing the Nazis landing on the moon. The architecture carries a Nazi style. But the music is something that can instantly place you in the era of the 1960s, Hines said. 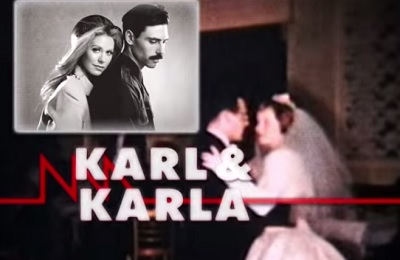 Above: Karl and Karla

Although they were created by musicians using fictional band names, the songs have a real emotional impact. It juxtaposes the happy sounds of “Boom Boom” with horrific violence as the Nazis slaughter civilians and the hero fights back against them. But rather than John Lee Hooker’s voice, a German singer busts out the lyrics in German. It’s as if the song never existed in English because the Nazis won World War II, and their culture pervaded everything in the 1960s. It’s what could have happened to music if the Nazi tide was never turned back. And it shows just how much the Nazis are controlling things as the hero tries to overthrow them.

The majority of the songs were recorded in the U.S. One of the bands had a bunch of developers from Harmonix Music Systems, the maker of games like Rock Band.

The game includes three cover songs and eight originals. One of the covers is The Animals’ “The House of the Rising Sun.” Another is Martha and the Vandellas’ “Nowhere to Run.” “The House of the Rising Sun” appears in the game, but those other hits does not appear in Wolfenstein: The New Order. That’s because the licensing restrictions meant that no one could use the songs could alongside Nazi symbols.

“It was a hard and easy line for us,” Hines said. “The music can’t be used with any Nazi symbolism. Those symbols are constitutionally banned in Germany. Beyond that, there were no restrictions on using the music in certain scenes.” 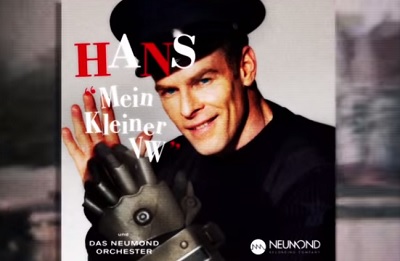 The music doesn’t come into the story. It just plays at certain times. And the developers were careful not to cross a line in creating a new form of pro-Nazi propaganda. The songs don’t celebrate the Nazis. Rather, they’re more like German versions of ’60s pop culture songs.

“It is certainly not a game that is sympathetic toward the Nazis,” Hines said. “The whole point of the game is to shoot them and take the world back.”

The Neumond originals are catchy. “Weltraumsurfen” by The Comet Tails is a Beach Boys-style song about surfing in outer space. “Toe The Line” comes from The Bunkers, which are like the Nazi version of The Monkees.

That sounds like a lot of trouble, but getting musicians to write original songs and perform them is a lot of work, Hines said.

“To create your own music, it’s a major undertaking,” Hines said. “But it allowed us to have a lot of freedom to create the kinds of sounds we wanted. I think that fans also appreciate it when you go extra lengths to immerse them in the game world.”