The original Disney Infinity launched in 2013. It used a similar concept to the popular Skylanders franchise; you could buy toys that would become playable characters inside a game world. However, Disney Infinity also has players creating their own worlds and game experiences via the Toy Box mode (Lowe was its director). Last year, Disney introduced Marvel super hero figures with the launch of Disney Infinity 2.0. 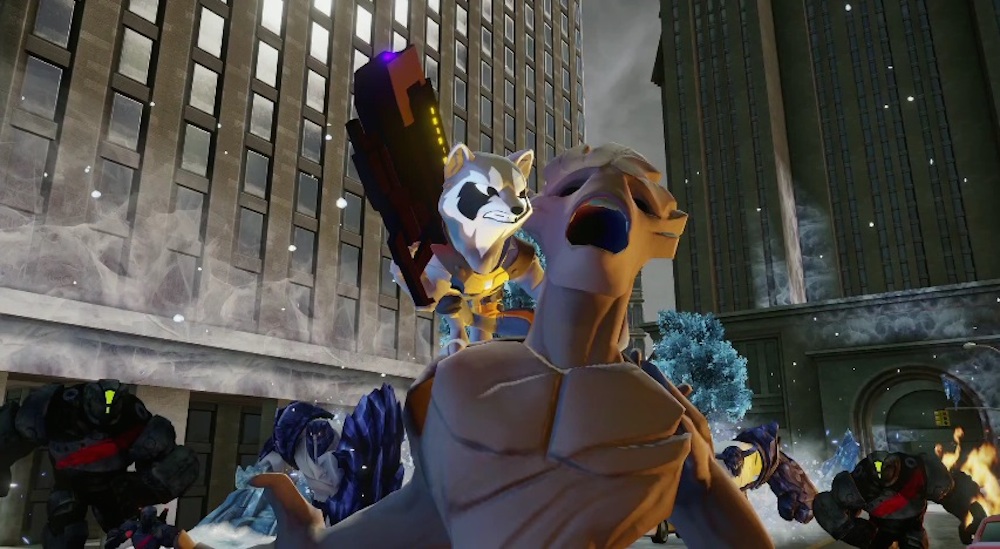 Above: The Guardians of the Galaxy can now team up with Buzz and Woody.

The Toy Box also has Disney characters from different franchises interacting with each other. You can have Jack Sparrow ride Cinderella’s carriage while Donald Duck jumps on top of the S.H.I.E.L.D. headquarters.

The Toy Box actually had its start in the 2010 Toy Story 3 video game. There, it was an extra mode that allowed players to goof around instead of playing through levels designed to retell the story of the movie. For a sequel, the developer wanted to further the idea by giving players more freedom, which included adding in more Disney properties.

“We set out to create a platform that could support everything Disney has to offer,” Lowe said.

They developed a prototype where toy versions of all of the famous Disney characters could live together. Avalanche then created a unique art style that it could apply to every Disney character, from the most cartoony to the realistic. 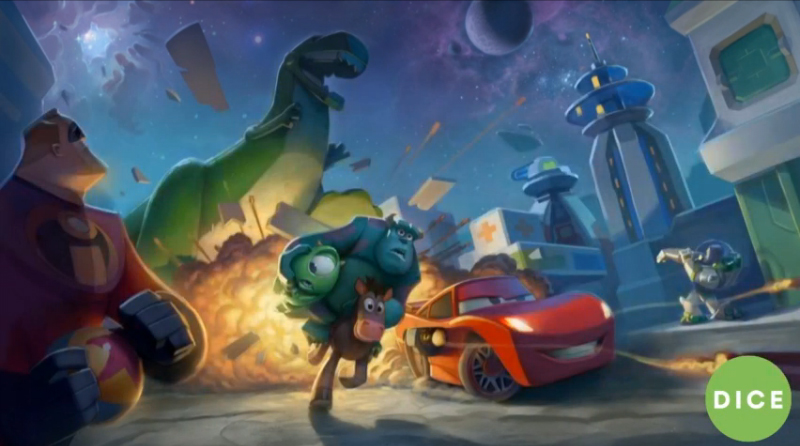 Above: Concept are that helped to sell the idea of Disney Infinity

“We had hoped that if we built it, they would come. And they did,” Lowe said.

Avalanche hosted its own Toy Box summit this year, inviting fans to show off their in-game creations. Avalanche actually hired five of these fans to the team to create Toy Box levels for Disney Infinity. That sounds like a Disney-esque fairy tale of its own.

Of course, Disney doesn’t run on happiness alone, and Disney Infinity has brought plenty of green to the multimedia giant. The original sold 3 million copies as of last January, although Disney said in a recent financial report that sales of Infinity accessories and catalog titles were down this year. However, higher sales of starter packs partially offset that issue.