Atmospheric puzzle-platformer Unraveled was shown among Electronic Arts’ usual sports games at a pre-E3 presentation in Santa Monica last month. In its debut, Martin Sahlin, the creative director at ColdWood Interactive, said that games are a unique form of cultural expression, and that this gives game makers a responsibility to give something back.

His idea for giving back was a game that had a personal touch. Unraveled follows a tiny character named Yarny, made of only red yarn and wires. As he navigates nature in Northern Sweden, he uses his yarn trail to negotiate obstacles. That trail remains as the player continues on the journey, representing our ties to the past.

GamesBeat: During your presentation, you talked about how games are big, flashy, and impersonal, and that’s what drove you to want to make something personal. What got you into that mindset?

Martin Sahlin: I guess it’s more of a personal belief. It was a realization I had. We made another game before — a fighting game with Sony. It was so-so, but it was quite well received, the users liked it, and it sold reasonably well. I think it sold like $666,000, actually. And that was still kind of a failure.

We looked at it. If a failure makes 666,000 people and they spend that kind of time with it…like, what if we made something that was actually awesome? How many people could you reach with that audience and attention? People devoted so much time and attention to what we’ve done. We would be fools if we didn’t try to give something back to them. Do something meaningful, you know? Even if it’s something as simple as making them feel good, still, that’s more worthwhile than killing some more of their time. Time is valuable.

GamesBeat: How can you be successful from a reach and monetary standpoint while expressing yourself? Don’t those go against each other?

Sahlin: You use yourself as a starting point, but you don’t end there. I’ll just leave it at that. Drop the mic. [Laughs]

It seems like it would be easy to get lost in trying to share yourself through your work, especially in something as complex as a videogame. 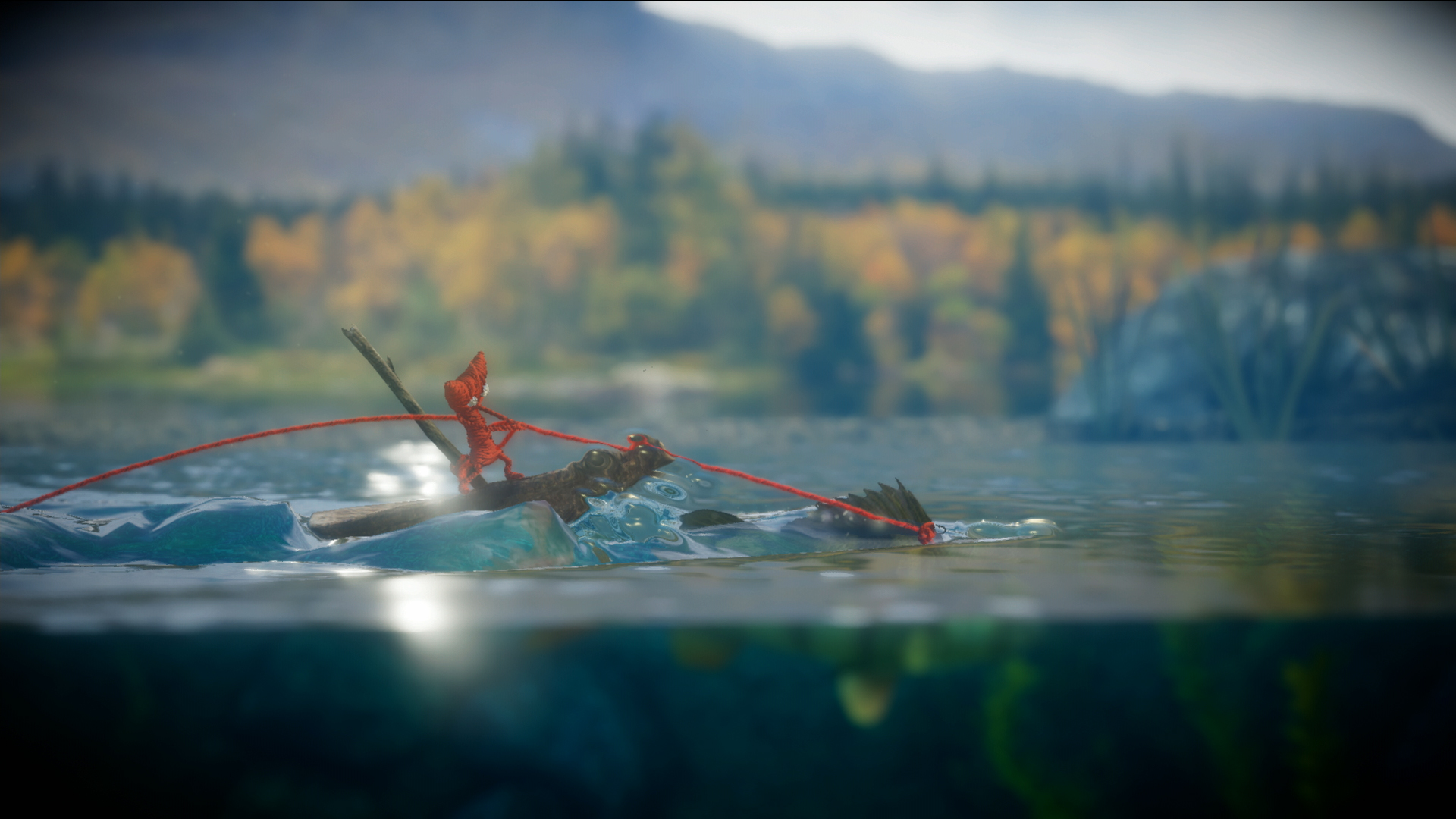 Above: Northern Sweden inspired the scenery for Unraveled.

GamesBeat: Do you worry about these more personal experiences being overshadowed? It seems like it would be easy to get lost at E3.

Sahlin: I think it’s more like standing out because it’s different.

Everyone is trying to be really loud to rise above the noise, but when everyone is loud that becomes the noise. So we stand out by not being loud. It seems to kind of work.

GamesBeat: How did you come to work with Electronic Arts?

Sahlin: We’ve done some work with them before. We did a PC port for Bad Company 2 awhile back, so we kind of knew them. And DICE, being Swedish, we know a lot of people there, so they kind of had their eye on us. It was funny; we went there expecting to pitch to them but it was more like them pitching EA to us. It was a good pitch. [Laughs]

It’s really rare. When you’re this really small developer you’re used to getting bossed around. To get there and sort of get the royal treatment it’s like whoa, maybe we do something that’s actually pretty cool! [laughter]

GamesBeat: With the current climate in gaming, it seems like it is the perfect time to strike out on your own with something different.

Sahlin: It does kind of feel like our first game even though it’s really not. Up until now we’ve made sports games — smaller sports games.