Facebook unleashed a lot of news at its F8 conference at Fort Mason Center in San Francisco. From cool virtual reality demos to a new analytics platform, the company showed that it cares about the hundreds of millions of gamers on its mobile and desktop social platforms.

Mark Zuckerberg, chief executive of Facebook, showed off a demo of Facebook Teleportation, which uses virtual reality goggles to display 360-degree views of another place, livestreamed to you in video form. Facebook also said it would release new analytics tools that are infused with anonymized demographic data, which will help game companies identify their core audiences.

Dan Morris was on hand to explain the significance of those announcements, as well as talk about the potential of the new app platform for Facebook’s Messenger mobile communication tool.

We caught up with Morris at last week’s F8. He’ll also be speaking at our invitation-only GamesBeat Summit on May 5-6 at the Cavallo Point resort in Sausalito, Calif. GamesBeat: Can you give us an idea of what game developers will be interested in here at the show?

Dan Morris: Messenger opening up the platform, obviously, and Talking Tom being included in that. It’s the very first toe in the water of what games on top of the platform should be. It’s the only game in the first 40.

GamesBeat: What can you do with that?

Morris: It’s a user-generated content (UGC) share on Messenger. One great thing about Talking Tom, part of what has to do with its big success, is that it has a delightful user customization element. You make Tom say things. What you do is share a Talking Tom UGC moment in Messenger. You take some time to make a creative expression there, and then you share it. It’s a really cool thing to receive.

It runs the gamut in games, as you know, this user-shared content. There’s high-quality stuff and not-so-high-quality stuff. Talking Tom has generally been pretty fun. It’s a cool experience. Our hope is that every other developer can look at that integration and start to think about where the logical fit is for them. There probably won’t be one for everybody, but for most I think there will be a chance to find a creative, fun, user to user to group sharing experience on top of the platform.

GamesBeat: So it’s user to user and then user to group on Messenger?

Morris: Correct. It can go one to many as well.

GamesBeat: Is it more like video, or does somebody have the app and it plays within the app?

Morris: In the case of Talking Tom it’s not a video per se. But both people don’t have to have the app. The video or screenshot or whatever is being shared, you get a notification — you got something from Dan Morris in Talking Tom — and if it’s a video you’ll see the video, or if it’s a screen grab you’ll see a screen grab. There will be an attribution to the app, that it was sent from Talking Tom, and you’ll be able to go to the app store on your phone and pull it down if you want to. But you don’t need Talking Tom. This is actually a way to discover Talking Tom, in your case. 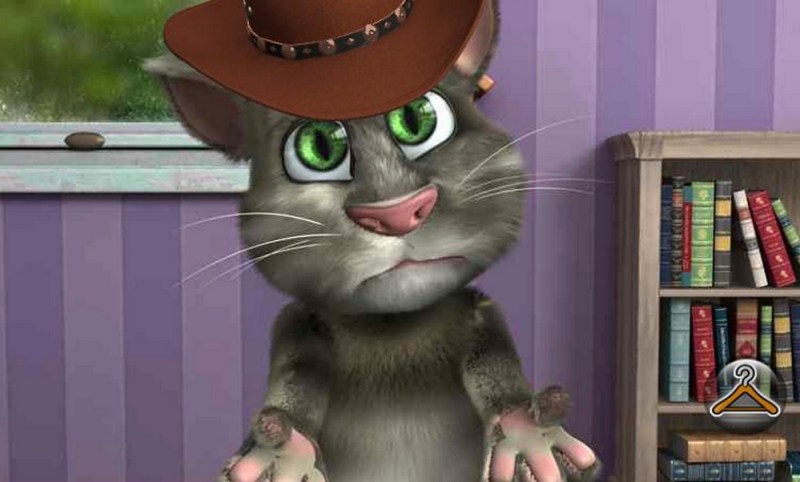 GamesBeat: The parallel everyone draws to what you can do with Messenger in games is the comparison to what the Asians do with WeChat and Kakao and Line. They have very viral platforms for spreading games there. In Korea all the top games are Kakao games. In Japan it’s all Line games. For you guys, I wonder how you can get there, but also be mindful of the issue of spam. Facebook has been more careful about that than other platforms.

Morris: We’ll continue to be careful. The thing we’re not looking at right now is a brute-force game distribution channel. We’re not interested in that. We’re not sure that Messenger users are interested in that. That’s a road we’re not going down. What we want is for any individual person who’s having a great experience inside a game to be able to share that through Messenger.

Insofar as awareness and distribution and re-engagement are earned rewards for a developer doing a great integration, well, great. We want that distribution to happen. What we’re not going to do is take some game and force-feed it to 600 million people.

GamesBeat: I’ve heard of some games in Asia where you can’t progress any more unless you share it with 100 people or something.

Morris: I obviously don’t want to speak for Kakao or Line or WeChat, but that’s been the great criticism of that distribution channel. It’s certainly effective. You look at the charts and you can see that it works. How terrific is it? That’s hotly debated. We just are not interested in that debate. It’s more about encouraging a great content share. As that gets rewarded by people reacting to it, developers could do themselves a lot of good. We have a great alignment with game developers. They’re getting rewarded for something that’s real and good.

GamesBeat: It sounds like UGC games are a good fit here.

Morris: For now, yes. I’d say in the early going, UGC and that kind of creative expression is what we want to optimize around. Over time it comes down to the quality of the share. What do I share with you that you’re going to enjoy? If it’s from an app, you’ll say, “Hey, I want to check that out now.”

That has obvious implications for game developers looking for distribution. That’s a boon if they can figure out how to make it delightful. But it will have to be really delightful or it won’t happen. 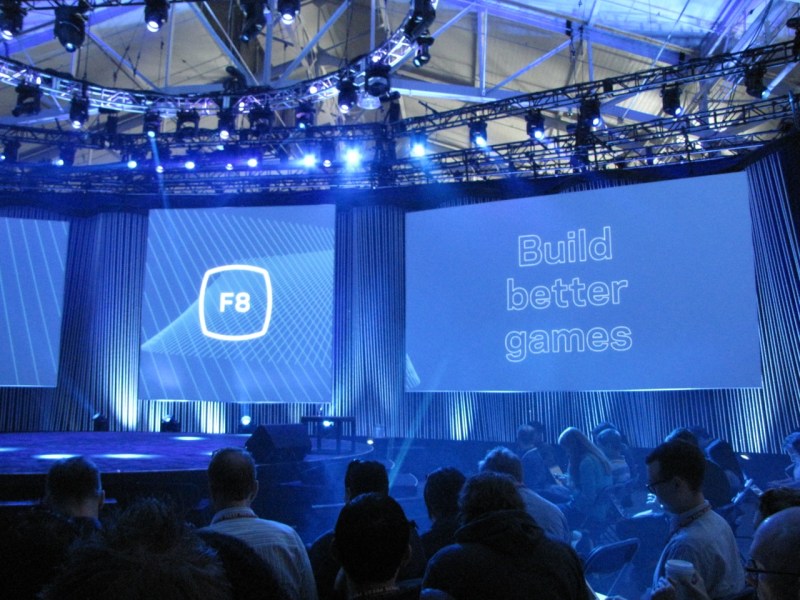 GamesBeat: App Links was something another developer said has been really cool for them. It looked like there was a speech here where, if you share any part of a game, you can direct people back to something nice in a store that has a special deal, or some kind of gift. You can more closely target things in an app or a game.

Morris: We haven’t gone over app events in any great detail with you. The highlight there is, we offer very simple API calls that we call app events. Developers can place them anywhere they want inside a game. For instance, when a tutorial is complete, when a certain enemy is defeated or not defeated, that can send a call back to return the player to that point in time through some kind of re-engagement ad.

It’s a great way to go back to an individual player who has either achieved something in a game that you want to reward, or they’ve failed to achieve something in the game and you want to encourage them to come back in, you can go back and retarget them. It’s a great system that we’re just starting to figure out.