But that blip turned into one of my more anticipated game projects when Gun Media announced it had scored the Friday the 13th franchise, and that the game’s design was going to focus on asymmetrical multiplayer. This means one person would play Jason, the series’ infamous hockey-masked killer, and every one else would take the role of camp counselors.

Like Creative Assembly’s take on Alien Isolation, which took the franchise away from doing yet another action first-person shooter and went with a more thoughtful stealth-horror game. Gun Media’s play premise for Friday the 13th sounds like an intelligent retelling of the themes from the film series through the interactive language of game design.

It’s definitely a much better premise than previous Friday the 13th game attempts.

Disclaimer: The author backed this project on Kickstarter

The team is currently running a Kickstarter campaign, which coincidentally ends on Friday the 13th. I got a chance to sit down and have a discussion with several members of the Friday the 13th team.

GamesBeat: I’m just going to hang out in these woods by myself here with my sleeping bag, my boom box playing some Van Halen, and some pot. Wait! What’s that? Who is making that creepy noise in the corner? Identify yourselves!

Wes Keltner: Hey! This is Wes Keltner, co-creator of Friday the 13th: The Game and founder of Gun Media. 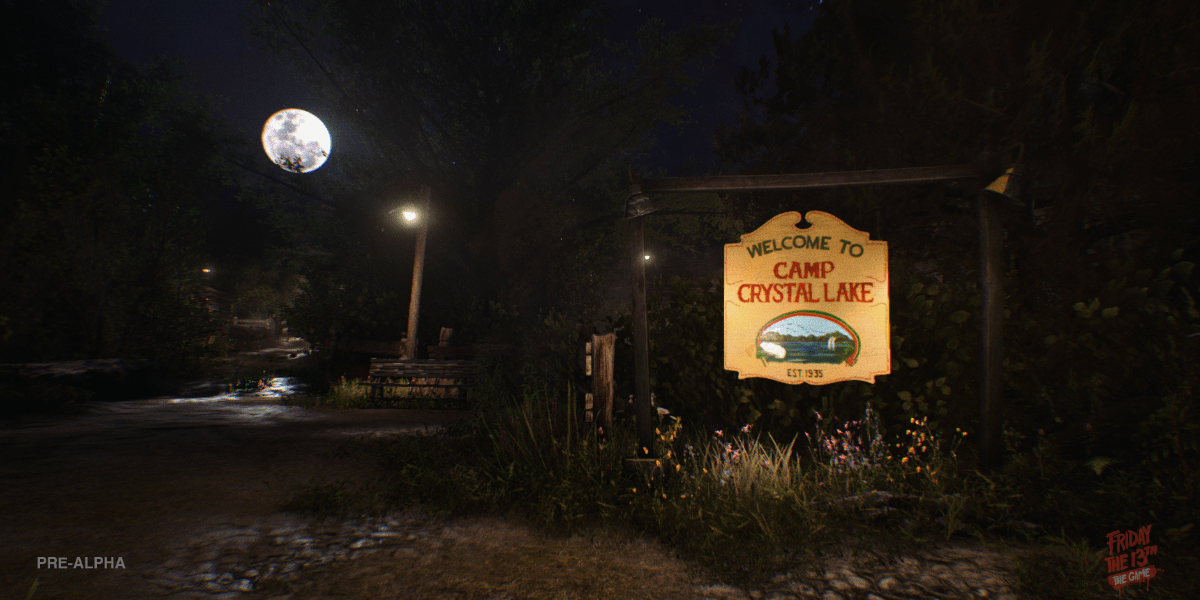 GamesBeat: So what’s the deal with Gun Media? What is it and where did it start? Also, tell us about IllFonic and any past projects.

Keltner: We’re a small, scrappy group of game designers, producers, and directors. So what that amounts to is that we don’t have boatloads of cash and we wear a lot of hats. [Laughs]

But there’s method to our madness.

We first decide what our next title will be and we begin working on a barebones design doc. We flesh out the basic idea, core gameplay, and what features the game should have. We kick around the name of the title and start doing mock-ups and storyboards. Next, we identify talented development studios that we like. We find teams that are passionate and fun to work with. Then we shower them with tens of dollars. Then the fun begins.

Brungardt: IllFonic is a 50 person team in Denver, Colorado. We are working on various projects, but right now we have about 15 people internally working on Friday the 13th: The Game, and another five or so external resources. That number will go up a little bit as we get deeper into development.

We’ve worked on many different project at IllFonic, starting with Nexuiz, an arena first person shooter on Xbox 360 and Steam PC.

After THQ shut down, we started doing work for hire putting our CryEngine knowledge to good use, and we worked on Star Citizen, Evolve, Armored Warfare, Sonic Boom … the Team Challenges … a tech demo with AMD, Crysis 3, and some other really cool unannounced projects.

Currently, besides Friday the 13th: The Game, we are working on Moving Hazard and Project Advena — a working title — with Psyop Games, along with relaunching Nexuiz real soon.

In addition, we are continuing working on our MMO Revival, which is build in stages and has a pretty cool update coming to Phase 1 real soon. 2016 has some great releases coming that we will be bringing to the world, and we are really excited about working on Friday the 13th: The Game, as it has been a dream of ours to make!

GamesBeat: So, what’s the history behind the Summer Camp Team? How did you guys-‘n’-gals get together?

Keltner: Well, Ronnie Hobbs — a co-creator — and I have always wanted to make a horror game together. At least for the last ten years. It wasn’t until about 18 months ago that we could actually put that into action. The more we discussed internally, the more we realized that we had a pretty solid idea.

Randy is a big horror fan of the ’80s, too. As soon as Ronnie and I started talking about our early design ideas, he was hooked. He jumped in and helped us hone the design more. They were just winding down from working on Evolve.

Our teams hit it off immediately. Kehdrin is a horror fan and metal head. I knew the moment I met him in person, that the game was in good hands. He’s a strong creative director, and can shift into a producer role as well. The more we hung out with them and talked shop, the more we all started to think we were on to something with Summer Camp.

Gonzalez: Chuck told me that someone was wanting to talk to us about making a multiplayer horror game and I threw my coffee on the ground.

This is the kind of thing we’ve been wanting to do for a long time, the fact it is now Friday the 13th makes it 10 billion times better. I’ve been working with excellent people at IllFonic for eight years now and this is a perfect fit for our studio and our vibe. Gun Media mixes with IllFonic too.

At first I thought they’d be super hard to work with — always a fear of dealing with a new partner — but when I heard them talking crap about each other during our prototype playtests, I knew they were real gamers and not just suits trying to make a quick buck.

GamesBeat: Can you give a little bit of history behind the Summer Camp project itself? Before it became Friday the 13th?

Keltner: Sure! Summer Camp began as a conversation in the office at Gun Media, roughly two years ago. Just one of those discussions you have during down time. A wouldn’t it be cool kind of thing. Ronnie was just smart enough to start jotting these ideas down.

The topic kept coming up at the office. Someone would go home at night and think of more ideas, and bring them up the next day. The discussions kept growing, until we were at a point where we either needed to act, or shelf it and move on.

But we were already smitten with the idea. We had to move forward!

GamesBeat: Was the original Summer Camp premise, and I’m talking about the idea to do Summer Camp first sparked in your synapses and you jotted the idea down on paper, originally an asymmetrical multiplayer game?

Keltner: Yes, from the very start it was an asymmetrical multiplayer game. This was because we knew we wanted to pay tribute to a sub-genre of horror that was near and dear to our hearts; ’80s slashers.

The films of the era were light on narrative, heavy on gore. Most singleplayer experiences rely on a good story to guide the player through to a … hopefully … fulfilling climax. That didn’t make sense for this. It didn’t match the subject matter.