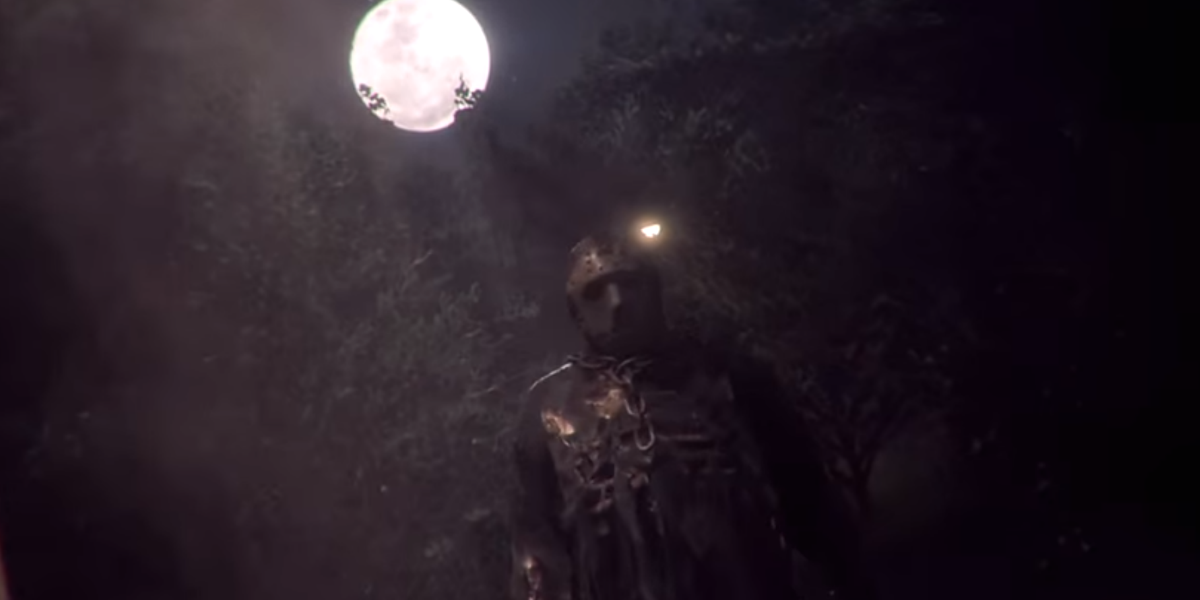 GamesBeat: Just a little development shop talk, but why the Unreal Engine?

Brungardt: We’ve worked with many different engines over the course of IllFonic’s eight years. Major commercial engines to publisher internal ones. We started out using Unreal Engine, which was always great to us, but when Unreal Engine 4 hit we just really loved what the engine could do for us.

Often when making games, you end up spending more time working on non-gameplay items just to make it do what you need, and to be able to ship the actual product.

We looked at Unreal Engine 4 early on and decided, as a studio, to start trusting it for all our games moving forward. We are able to work way more efficiently and we’ve set up our own internal IllFonic framework that handles a lot of the more common aspects of game development that can be shared across projects. This allows us to create games at a more affordable cost, but still hit the triple A quality bar e want to hit for all our projects.

In addition, it helps iteration as something can be out in the world on one project, and we can keep refining it for the future of another.

Also, just look at the community of developers Epic has built. It’s crazy, because our veteran developers are often blown away by what some new kid in or right out of school can do. It constantly pushes the team here to refine their technique, but it also gives the new guy an opportunity to make a huge impact on us as well.

As a company, we know it’s important to keep learning no matter what stage we are in our career, and when this stops, our products won’t be innovative anymore.

To be honest, we were pretty burnt out on every project before, facing the same challenges over and over again. Epic realized this was an issue and set up their code structure and engine to make it really easy for developer like ourselves to continue iterating on our own code base, and reuse as much as we can.

GamesBeat: Look. I know you guys are doing Kickstarter, but I think those in the know about how game development works, who are familiar with what a game like this costs in the long run … especially with this project having another two years of development left to go … know that these projects cost a lot more than 700K to produce. Unless everyone is working for almost nothing or back-end payments. I’m not trying to be all, Ah hah! I caught you bringing this up.

Greenback: You’re 100 percent correct. It definitely does cost a lot more to make a game at this level, but there are some special circumstances at play here.

I’m very glad you’re calling this out, though. We think it’s important for fans and backers to know why we’re here on Kickstarter. Maybe we’ve done a poor job of explaining this? I’m sure we can do better. It’s questions like these that are helping us get the word out and increasing everyone’s understanding of our situation. We definitely all appreciate this opportunity to make it more clear to your readers.

Brungardt: As I stated with the question about Unreal Engine, it has made the development process a lot more affordable, since not only is it now easier to develop games with Unreal Engine 4, but it’s just more streamlined since we can build on our own already existing framework.

With triple A development, and this current generation of games, costs are rising in certain areas but are reducing in others. As visuals are pushed, art and animation asset costs tend to rise, but since we have a solid framework to work off of, engineering and iteration costs tend to lower.

It’s a lot easier for us to get gameplay in a ballpark of where it needs to be early on, through heavy prototyping.As Randy [Greenback] stated, though, it does cost more than the $700K mark to build this game.

Keltner: Exactly. We did have a small budget for Summer Camp, which helps give us a leg up towards building Friday the 13th: The Game … but to get the experience that everyone wants, including the fans, we need some help. That’s why we came to Kickstarter. 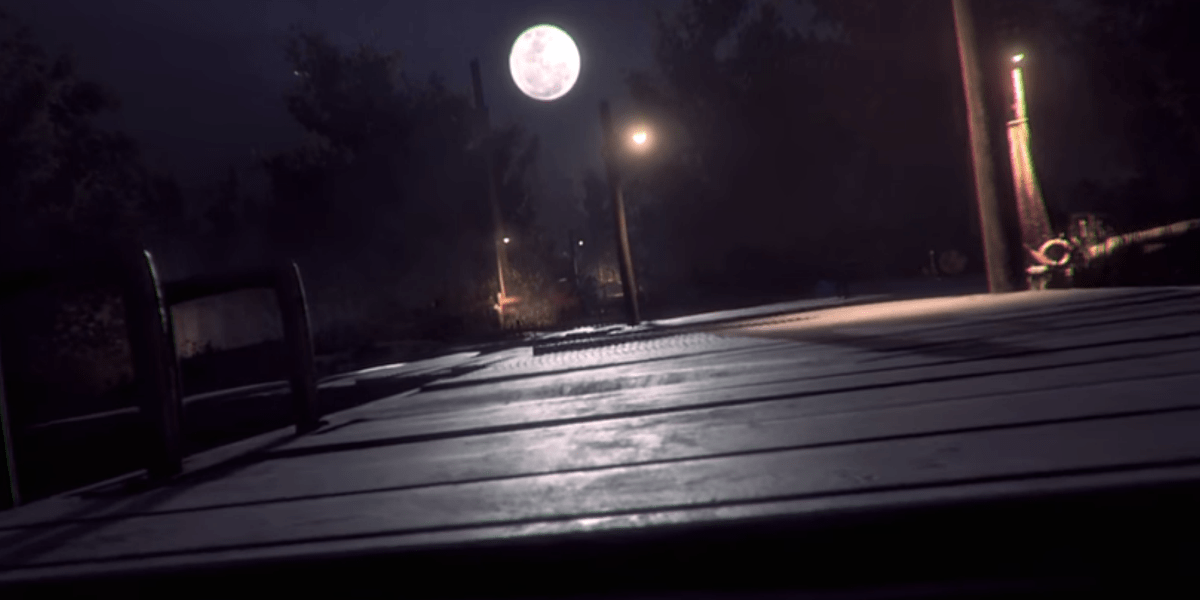 GamesBeat: Just to be clear, nor am I saying that it is malicious or bad to use crowdfunding as a preorder and marketing platform. But there has to be other money tied into a project this size. Who else is funding … outside of fans … or possibly publishing, Friday the 13th: The Game?

Honestly, we had raised some initial funding for the game when it was Slasher Vol 1: Summer Camp, and then raised even more. There is no outside publisher involved, we’ve been quite up front about that on Kickstarter. We’ve even talked about meeting with several large publishers early on, before the name change.

Right now, it’s truly just the fans who are helping us grow the game to ensure it is as true to the classic horror film franchise, that we all know and love, as it can be.

The whole reason we’re going to Kickstarter is to help cover the costs of the increased expectations from fans. Now that we’re Friday the 13th: The Game [as opposed to just Summer Camp], we know we have to deliver on additional content and various must-have features that we weren’t planning on implementing in Summer Camp. We have multiple Jason’s that fans are looking to take control of and play with. In addition to more classic kills from the films that will be sorely missed if we don’t get them in.

There are lots of things we didn’t have to do when we were Summer Camp, we could have gotten away with less. We’re fans of the Friday the 13th series too, though. Big fans, that have also been wanting for a new game that let’s us play as the ultimate predator, Jason himself.

That’s the driving reason we’re asking fans for support, we want to make them happier than Jason Voorhees in a machete store, that just happens to be right in the middle of a counselor parade route.

To do that, though, we need to raise more money.

GamesBeat: How is the Kickstarter campaign going so far?

Greenback: Everything is going very well, we just passed 600K and are steamrolling towards our goal. We have over 9000 backers now, and that is a number that means a lot to us.

Our community is lively and helpful, so we really couldn’t ask for much more with over a week left to go. It’s amazing to have that many people out there, all over the world, ready to step up and get behind us. And we’re focused on making the backer number rise in our final push.

GamesBeat: And how is the project progressing so far? Are you guys on track to hit your release date?

Gonzalez: We’re heavily in pre-production right now. The entire team is making sure everything we did in the prototype can be implemented properly and effectively. We know our mechanic work, now we just need to make sure it doesn’t make us insane developing them!

This is a normal phase in development. There are some big things we’re doing, so right now is the phase where everything is carefully planned and managed.

GamesBeat: Anything else fans should know about?

Brungardt: It’s been extremely fun working with everyone on this project. The amount of excitement from the guys that brought us the films has been amazing, and you can tell they are really excited to work on this with us. We look forward to getting this in the backers’ hands and are looking forward to playing with everyone.

Greenback: This has all been a dream come true from start to finish.

From the start of Summer Camp, getting to tackle asymmetrical multiplayer designs, working with our experience horror icons, landing IllFonic as our development team, being gifted the official Friday the 13th license by Sean Cunningham, and now doing the Kickstarter … it’s all been pretty damn surreal!

The whole experience of planning and running the Kickstarter campaign had been completely incredible too. It’s my first foray into crowdfunding, and I’ve never felt as connected to the fans and community on any other project before.

It’s like we have a giant team all pushing to make this game everything it needs to be!

Gonzalez: There are high expectations and a lot of unknowns from the fans when it comes to what to expect from us in the final delivery. The most important thing to know is that, in our prototype, the game is already insanely fun.

To have a game that fun in the prototype stages is extremely rare, so we’re really excited about that. That really just means we need to implement and polish throughout development, without too many hurdles of “Will this work?”

We already know it will work, and I’m extremely happy knowing fans will love it.