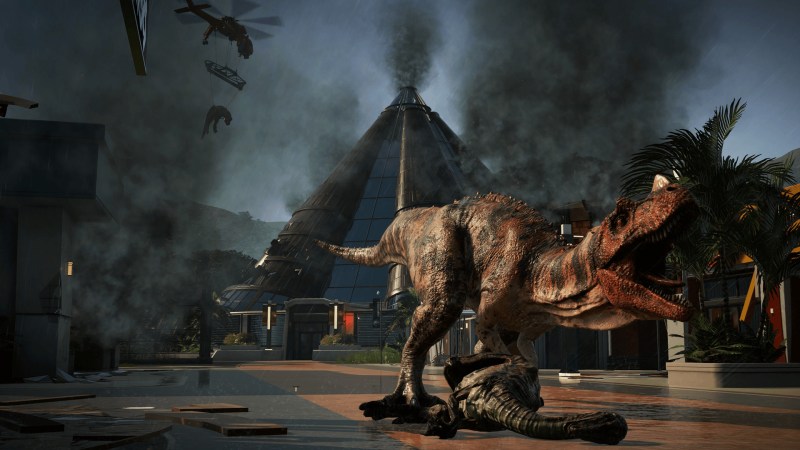 Above: The happiest place on Earth.

GamesBeat: The approval you have to go through in order to sign a deal like this, has that gone well for you? Does it add a layer of complexity?

Braben: It does add a layer of complexity. It always does. But we’ve done it before. To give an example, we did two games with Aardman Animation, a lovely company. They make things like Wallace and Gromit. They were doing a big Hollywood film. Not only were they happy for us to self-approve, but they were sending us things for approval, because Nick Park didn’t have time to approve on their behalf. We had so embraced what mattered to Nick and what mattered to the team that we were being more fussy than they would. I hope that’s what we’re doing here as well.

The approvals at Universal have been good. Obviously the primary videos and all these other things had to be approved, but with a lot of these things, it’s about building a relationship. You can draw further and further apart, in which case approvals get more difficult, or you can get closer together. When we were working with Disney and Pixar and Microsoft, those approvals got easier and easier, not harder. We build a confidence.

Being at a distance, in different time zones, is a challenge, but in practice it’s understanding what they really care about and what they’re not too worried about. In the early days with Disney – we were doing Disneyland Theme Park — I remember them saying that one of the fences was the wrong color. I said, “Is this really an issue? Here’s a photograph of Disneyland taken six weeks ago. This is the color here. We matched it as close we could.” “Oh, did you not know? Two weeks ago we painted the fences.” “No! You should have told us! We could easily change the color.” “Oh, I see.”

Then we decided that we weren’t making Disneyland now, because it’s just too dangerous. We were making Disneyland on the first of June. We actually set a date, which is when we took all the photographs. We shared all the photographs with them and said, “If there’s anything you’d like to change, please do, but that’s what we’re making.” It was amazing, that once you get down to that level of detail—that was a really good icebreaker. Then they saw that it really is quite difficult. “Oh, and by the way, did you know we’ll be demolishing this thing here next week? We’d rather you use the new one.”

It’s also, internally, about building relationships within the team, making sure people are happy and content with what they’re doing. I think it’s managing any business. I don’t know if you know, but I’m one of the founders of the Raspberry Pi Foundation. We have all sorts of challenges there working with people, but we try to work around them and grow with them. There are other organizations with very similar goals, and we’ve tried to either work with them, or in some cases actually merge with them in very sensible and productive ways.

In our industry–I’m really pleased with how friendly an industry we have. We share things. We talk about things. Not necessarily—I think Activision and EA don’t do that so much. But most of the other companies do. I know pretty well what they’re working on and they know what we’re working on. We’ll help find ways around problems. That sort of thing is great. You look at the film industry, they all seem to hate each other! It’s a completely different mindset. Actors don’t, I mean, but the companies are in very strong rivalries. 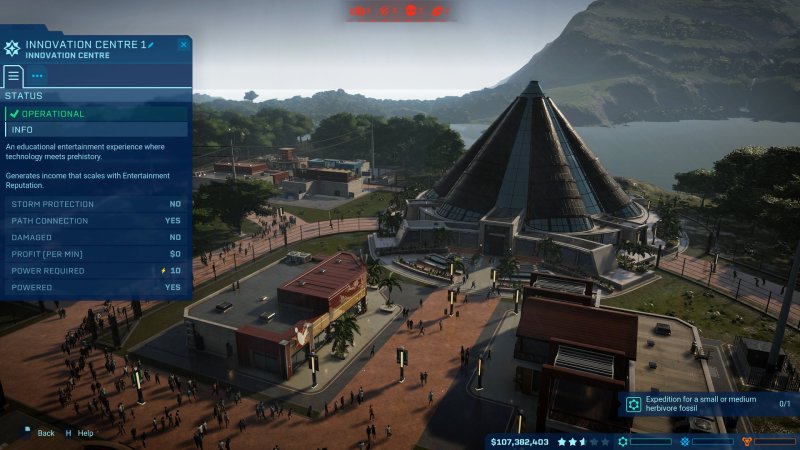 GamesBeat: Did you have a core group of people with dinosaur expertise on this game?

Braben: We did our first Frontier Con last year. It was very successful. We sold out very quickly. It was only 2,000 people, so it wasn’t huge. But we got speakers. One of the guys we had for Jurassic was Jack Horner, who is the advisor for the three Jurassic Park films, and has also worked with Universal a lot. He’s a character. You know Sam Neill, the original Jurassic Park? That was based on him.

Right now his job is making real dinosaurs. They’ve actually managed to isolate blood from a T-Rex, but they’ve found the DNA is denatured, which is very sad. They’ve found dinosaur DNA in chickens, though. They’ve managed to make the head, the claws. It’s all very sinister. The legs. But they can’t find the tail at the moment. It’s very scary. The real velociraptors are a lot smaller, though. They’re more like dog-sized or chicken-sized.

But yes, we’ve talked to people about it, the science of it. I had a science background anyway from university. I know a lot of people to talk to. There’s a lot of discussion about how dinosaurs might have had feathers. There’s a balance there. But what we’ve decided is we’re making the fiction of Jurassic Park and Jurassic World, which has gone down a certain image of dinosaurs. It’s as accurate within that mindset as we can make it.

GamesBeat: I always liked single-player games over multiplayer, because the story of something like Call of Duty would motivate me to play multiplayer. It’s interesting that maybe here, in this case, the movie could have the compelling story that pushes you into the game.

Braben: One thing that I think has been very successful that we did with Planet Coaster was the Workshop, the Steam Workshop. We have 20,000 items in there. But they’re so lovingly crafted by players. They’re so often downloaded. Really beautiful, intricate creations, with millions of components altogether. People must have spent months doing that. That’s wonderful. That’s also continued to drive sales, because it drives awareness and drives interest. I think the longevity of all these games is good for the wider industry. We’re building hobbies for people as well as games. We’re building communities around them. People like to be part of those communities.

GamesBeat: It’s good to see movie games getting better, or making a comeback.