Games lead the way when it comes to exploiting new technologies, and that’s why we had a panel about games and artificial intelligence at our MobileBeat 2017 conference in San Francisco this week.

Game creators have used A.I. for decades to control non-player characters, who have evolved from incredibly stupid (bumping into walls) to the moderately stupid (unable to utter more than a few responses). And game marketers are using A.I. to target the right users with more sophisticated ads that have a greater chance of getting a proper reaction from players in mobile games.

We recruited a panel of both gamemakers and marketers to help us predict the future of A.I. in games and how both game design and game marketing are coming together to provide a better overall experience, improved retention, and higher monetization in games. I moderated the session, and our panelists included Margaret Wallace, the CEO of Playmatics; Brandon Wirtz, the CEO of Recognant; Kabir Mathur, the head of business development at Kiip; and Adam Fletcher, the CEO of Gyroscope. 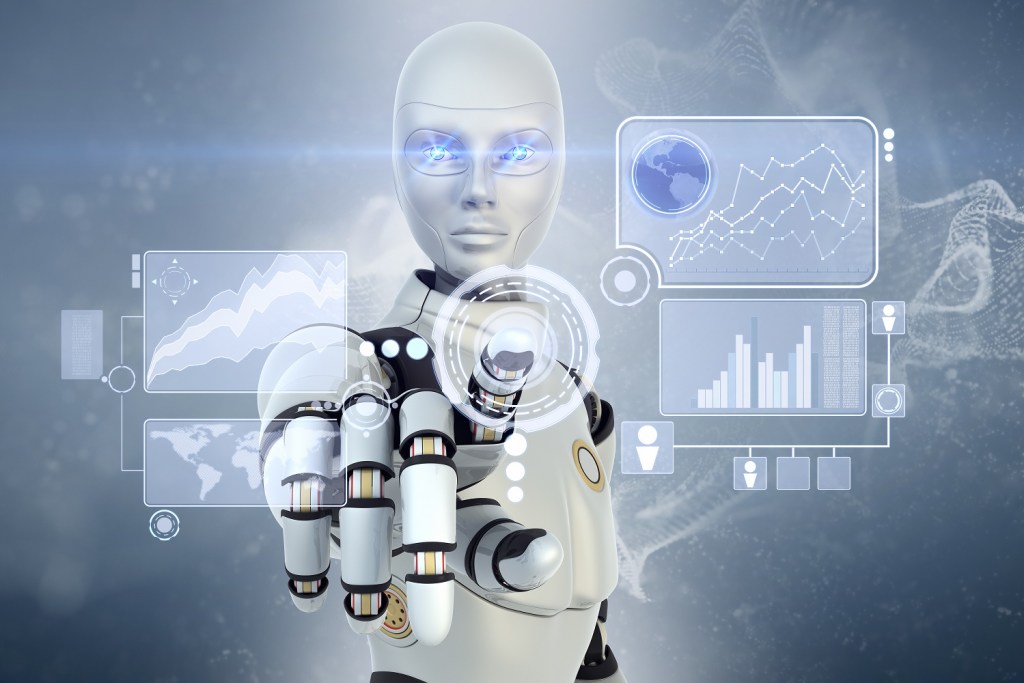 Above: Am I a robot?

GamesBeat: We have a very broad topic here. I’ve split it into two different categories. On the one hand, A.I. has been used in games for a very long time to simulate human behavior and provide computer opponents. That’s where gaming’s expertise in A.I. has come from. Recent advances in A.I. are going to impact the way people play games in a very big way in the future.

Respecting the fact that we’re at MobileBeat, though, there’s another part of the conversation here, about how A.I. can take the dumb and blunt marketing we have today and turn it into smart, more targeted marketing in games and other apps. The marketing-speak of the last few years has suggested that our mobile marketing companies are delivering smart targeting, analytics, and responsive marketing, but we’ve barely scratched the surface as far as using A.I. to improve the monetization of users. We’re going to talk about both of these sides, from the point of view of game designers and game marketers.

Margaret Wallace: I’m the co-founder and CEO of a company called Playmatics. I’ve been in the game industry since 1996, which in cat years is just ridiculous. I’ve found that even in terms of artificial intelligence and things like machine learning and customization, games have always been at the forefront of exploring this territory. We’ve led the way, but we’re often the odd people out at some of these larger conferences. I’m excited to chat with you about the work we’ve done.

Brandon Wirtz: I’ve been a consultant to video game companies going on almost 30 years, and I’m not yet 40. This is primarily in the A.I. space. I was very early into chess engines. I built one of the first bots for playing multiplayer against a computer, those kinds of things. Today I’m the CEO of a company called Recognant. It’s one of the first multipurpose A.I. companies, doing both numeric A.I. and heuristic A.I.

Kabir Mathur: I’m the head of business development at Kiip. I’ve been in the mobile gaming space for about a decade now. Kiip is a differentiated form of advertising for mobile. Instead of just showing you an ad for something, we meet you during moments of achievement, like leveling up in a game or finishing a workout in a fitness app. We work with Fortune 500 companies to reward you with something tangible, or of virtual value, within those specific moments.

Adam Fletcher: I’m the CEO and co-founder of Gyroscope Software. We offer personalization services via machine learning for mobile apps and games via a Unity plug-in. I’ve built games on my own for a long time, but my background is more in systems programming and approaching A.I. as a sustained effort. 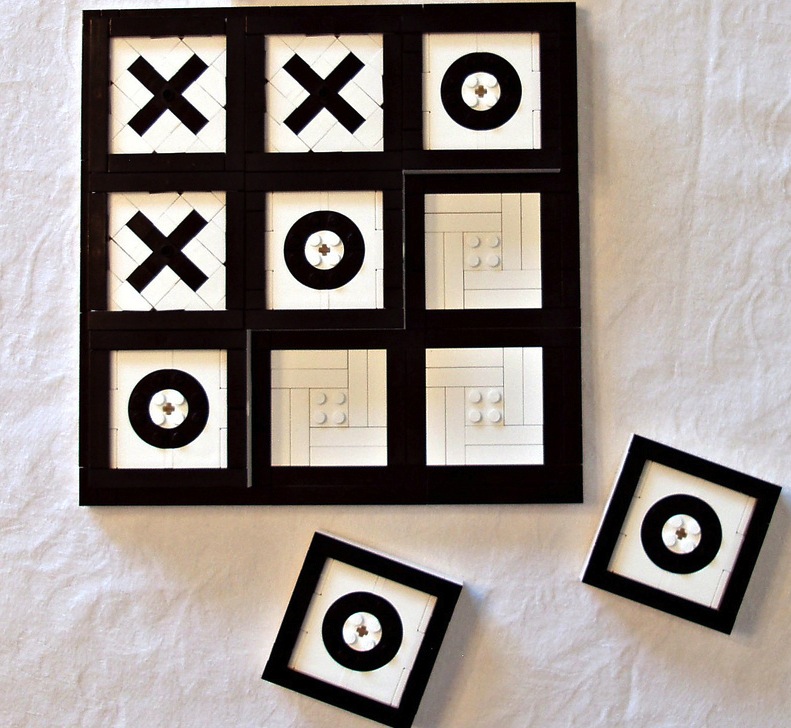 GamesBeat: We can delve a bit into history here, talking about A.I. in games a bit. We all remember games where the A.I. was so dumb that non-player characters kept running into walls. Margaret, can you take us back a bit?

Wallace: I was fortunate, at the start of my career in the game industry, to be presented with the world of how A.I. is used within games pretty early on, using two very striking examples. One was a product called Petz. They were dogs and cats, some of the first ever virtual pets. I worked with a bunch of A.I. programmers and behavioralists to create that engine. Then, when I was working for a game publisher, I had a chance to interact with another A.I.-driven pet experience called Creatures.

The difference between the two, besides the names, was that Petz took the approach of using A.I. in a sort of Disney-like fashion. It was about building a character and an experience. Creatures tried to use the science of A.I. to create creatures based around evolution. They tried to mimic real, non-cartoon-style cryptids with artificial intelligence. I learned a lot about things around the use of, at first, scripted A.I. and how that can be used in game design, but also adaptive A.I., which is where we’re heading a lot more now.

Fast forward to the present day. I said earlier that games are sort of the odd man out, but we’ve seen games infiltrate just about every industry sector as far as applying the things we’ve learned around A.I. and machine learning to areas like banking, ecosystems, scientific research. It’s been interesting to see that evolution, seeing things we’ve learned in games applied in multiple industry sectors.

Wirtz: There’s a lot of different types of A.I.s in games, in terms of just the methodology. Who here has played tic-tac-toe? Who here could beat a four-year-old at tic-tac-toe? Okay. These days, programmers in high school are learning how to build a tic-tac-toe engine, because there are only so many possible moves. There’s a kind of A.I. that simply calculates all the possible moves in advance and wins because it has more computing power than the human brain. Or it can memorize more things than the human brain.

Then you have chess engines that can go through and say, “This person is playing with this style. Let’s change up, because we know that if we see this opening move, they’re playing aggressively and we should switch to a defensive strategy to counter.” And you have first-person shooter A.I.s that ride along a little rail, and if its vision vectors see something, they turn and shoot at it. These are all different types of A.I.s. 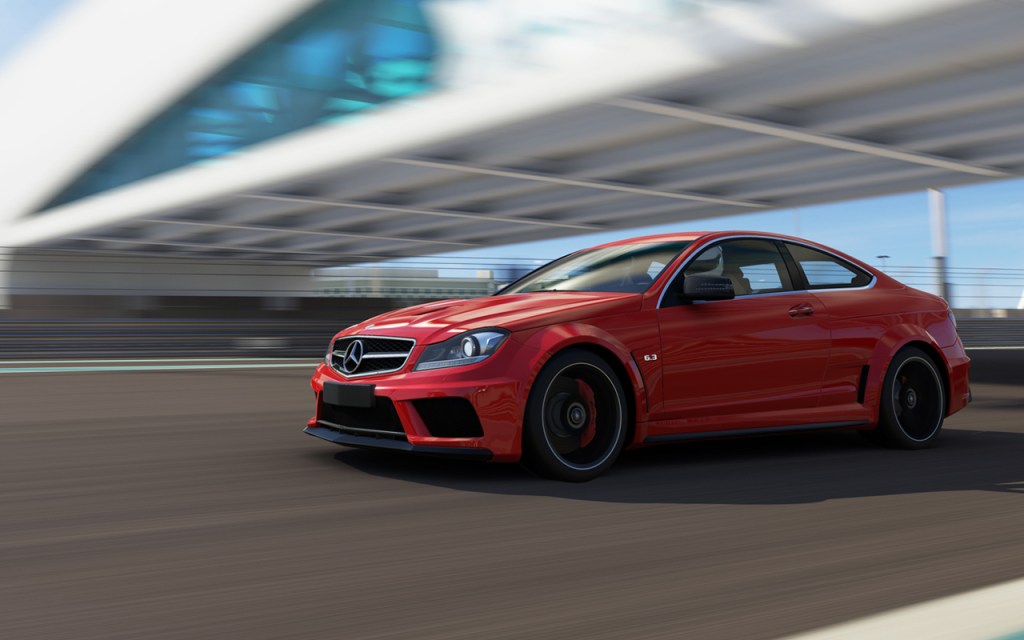 Above: Forza 5’s damage engine is entertaining to witness, but clean driving will benefit your Drivatar best.

What’s interesting now is we’re starting to see some A.I.s that are driven by language and things like that. You have A.I.s that can play a game like Mass Effect and go through the storyline. They can’t actually map out every choice you’re ever going to make, but they say, “You were flirting with this character. Maybe this character should be your love interest,” as opposed to just doing the choose-your-own-adventure thing from the ‘80s where all of the routes were pre-calculated. We’re starting to hit the cusp of seeing real interactions with A.I.

The last type of A.I. is this weird pseudo-A.I. we see in things like Microsoft’s Drivatars. It’ll watch how you do a thing and think, “Okay, I’ll do that thing the same wrong way you did. This person always steers off the center of the racing line, so I’ll do that. He always turns toward a car as he goes by, so I’ll do that.” You pick a couple of nuances and create this immersive fake experience.

These are not A.I.s that will learn to take over the world. There was a story about a guy who left his Quake III bot on for four years and they discerned that you shouldn’t shoot each other and peace was the way to win. Of course it turned out to be fake, but we’re not getting there because most A.I. in games is not neural network or true learning.

GamesBeat: Something about the Drivatars, too, from the Forza Motorsport games — that came out in 2013, along with the Xbox One console. The model of computing they used was to offload that A.I. computing to the cloud so as to add the Drivatar enhancements to the game. That balance between console processing and the cloud was interesting. Now it’s 2017, and seems like we can start thinking about doing some of this on the device, using just that processing power. Is there an advantage to going in that direction?

Wirtz: We all use Siri or the equivalent of Siri. Apple spends more on hosting the backend of Siri than they paid to acquire Siri from Adam Cheyer a number of years ago. Hosting is so expensive, and you need that uptime for the life of the game. If you want the game to run for seven years or however long, you have to maintain those A.I. servers for however long. It’s no fun if you can’t pop in your old games and play because the online component’s no longer there.

GamesBeat: This seems like a good segue into what you’re doing at Recognant.

Wirtz: Recognant is focused on a couple of things, but primarily moving the ability to do natural language processing and real virtual experiences where you’re communicating verbally onto the cell phone or the mobile console, so you don’t have to have this always-on connection. But you can also do things like have a non-player character where you walk up and say, “Hey, bartender, where’s the nearest weapon shop? What do you know about the troll over there?” You can ask those kinds of questions, and if it’s not in her sphere of information, she can say things like, “I’m a bartender, I don’t know anything about weapons.” But if you go to the bar owner he’ll say something like, “Sure, I buy all my weapons at this place,” and give a different answer based on those sorts of things. You can have real dialogue that isn’t scripted.