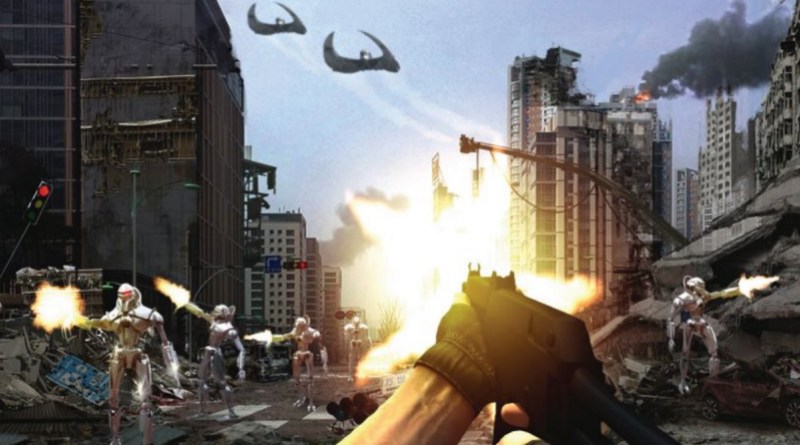 Gale: The legendary screenwriter William Goldman said, “Nobody knows anything.” Truer words were never spoken. Nobody knows. That’s what’s so exciting about being in the entertainment business. There isn’t a template.

One of the life lessons I learned — you start off and you go to grade school. You need to get good grades and go to junior high. Get good grades and go to high school. Get good grades, pass your SATs, and get into a good college. Get into college, do everything they tell you, and you get out, but nobody prepares you for what happens after that, because nobody knows. If you go to law school, yeah, okay, there will be some folks from law firms recruiting, or in some other fields. But if you’re trying to be in the entertainment business, whether it’s gaming or movies or any kind of storytelling, they’re not waiting for you. You have to figure it out. You have to make your own path.

Just because everyone says, “This is what’s popular right now,” that doesn’t mean it’s going to be popular next week, or next month, or next year. And so you have to amalgamate everything that’s going on. Being creative, trying to figure that out, is really hard. You have to remind yourself that there’s no right answer. You can make a clone, make another Candy Crush, but who needs to do that? Anybody can do that. You need to do something else.

What that is, nobody will be completely sure. Nobody knew they needed an iPhone until Steve Jobs gave it to them. What makes a successful piece of entertainment, it could be anything. I would say that the one thing you ought to keep in mind is that, whatever medium you’re working in, try to think about what are the goals in that particular medium.

I don’t mean, “Just make a big hit.” I’m talking about the difference between — say you’re designing an arcade game. What’s the goal of Mortal Kombat? The goal is to get the player to put a quarter in. If you’re writing a network TV show, the object is to get someone to sit through a commercial and see what happens. If it’s a Netflix show and there’s 15 episodes to stream, you have to make the first episode good enough that they want to watch the second one. If it’s a movie, you have to get people to tell their friends, “You gotta go see this movie!” If it’s a video game, a freemium game, you want people to like it so much that they’ll spend a dollar to buy something stupid to keep playing the game. [laughs] If it’s a console game, you need to come up with a world that’s so cool that they’ll spend $50 to have it.

Those are the kinds of goals I’m talking about, that will help you figure out something to keep in mind. Keep in mind the goal of what you’re doing. How do you do that? What’s going to get people to do that thing? 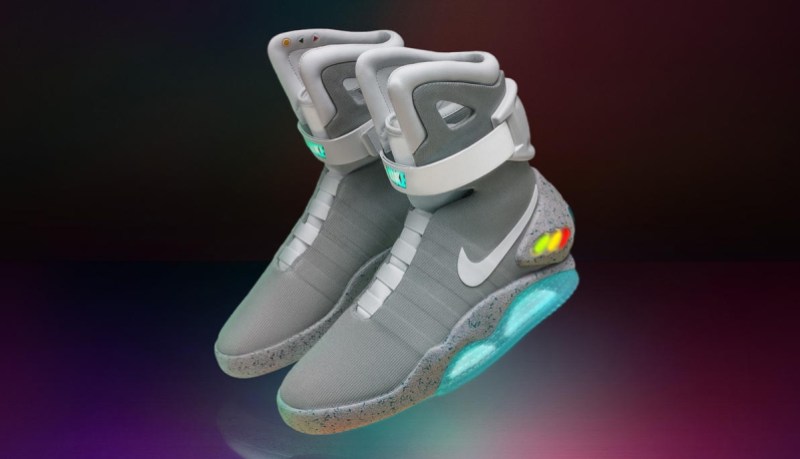 Above: Nike’s Mag shoes are based on the self-lacing pair in Back to the Future II.

Edwards: Along with that, in a complementary way, you have to think about your own metric for success as a professional doing this kind of work. For some people it’s the monetary side, or for a lot of people. We want to make a living off this. We want to survive and pay our bills and have all the good things in life. But for a lot of people that’s not the priority. People have full-time jobs already and make games on the side, and they’re perfectly happy with that. Games become a creative outlet in addition to something else they love, and that’s perfectly fun. Others go full-time into games because that’s where their passion lies and that’s fine too.

Between both of those, it’s only about what you personally, introspectively — what are you trying to get out of this? Is it a creative outlet for you? Are you trying to make money? Last week I was in Teheran at the Teheran Game Convention, which was fascinating. One of the developers there, his personal metric for success was just, “I want someone outside of Iran to see my game.” Because it’s very difficult to make that happen right now. That’s it. That’s all he wants. He doesn’t care if it makes money. He just wants his creative vision to be shared outside of that bubble universe they’re in right now.

For you — I’ve met game developers who just want someone to recognize their passion. They feel that, if they can influence at least one person with their creative vision, they’ve made a difference for somebody. For others, they want to talk to a million people, at least. I’d encourage you all to think introspectively about that. We all have to deal with the reality of paying our bills and satisfying publishers and all that stuff that’s part of the business side of games. But because this is a creative art form, it’s extremely personal for everyone. We have to reflect on what success looks like for each of us.

Gale: Let me jump in with something that reminds me of. One thing we learned in the movie business is you want your movie to at least be good enough for you to get another job. Somebody sees your game; maybe it’s not a financial success. Maybe it’s a total disaster. But if you come up with something cool in it, knock on wood, somebody’s going to notice that and say, “I want that person to work on this project. They came up with something really cool.”

Like I say, if you want to make God laugh, tell him your plans. You don’t know where life is going to take you. But if you’re following your passion, you have a much better chance.

Montgomery: It is about following your passion. There’s not really a checklist of what you need to make something a success. There’s definitely a checklist of what’s hot now, but ultimately you need to be proud of the project you’re working on. You need to be invested in it. You need to want to play it yourself. That’s always something that — my teams and I have always followed that when we make the shows we make. We’re also fans of the shows we make. Being a fan of your own work, loving what you’re doing, hopefully that will show in your work, and other people will feed off that.

Takahashi: My advice is to zoom in and zoom out. The zooming in part, there’s an example in the makers of Cuphead. Their game and the controls — it’s very difficult, very hard to play. They always wanted to make the kind of game they grew up playing. From moment to moment, when you’re playing Cuphead, if you screw up you’re dead. They paid this laser-like attention to what’s going on with your fingers and the controller. That turned out to be a brilliant idea.

Zooming out is something we try to do at our GamesBeat conferences every year. It reminds me of what Will Wright used to talk about. The thing that inspired him to make Spore was this video called “Powers of 10,” where you zoom in on something small like a blade of grass, and then eventually you zoom out far enough to see the whole Milky Way galaxy.

By zooming out, I mean think of the game industry as a whole and what’s around it. I come from Silicon Valley. Our conference focuses on things like science fiction, technology, and games, and the intersections between all of them. If you look at someone like Philip Rosedale and Linden Labs, who created Second Life, he was inspired by science fiction, by Snow Crash and other stories like that, to go and create virtual worlds. The idea of creating a virtual world of virtual worlds, a Metaverse, is what he and a lot of other people want to accomplish.

He could have just focused on making a game there, but he’s had to think about a lot of things outside of games that go with it, like blockchain technology as an example. He has a new company called High Fidelity that wants to make virtual worlds interoperable, and blockchain may be the thing that makes that possible, so that you can have a character from one world go to another world and so on. He has this vision only because he’s zoomed way out.

If you zoom in or you zoom out, it may not be exactly relevant to what you’re doing day to day. But if you stop and do this every once in a while, you can get big ideas out of that.

Disclosure: The organizers of the contest paid my way to Los Angeles. Our coverage remains objective.