Game marketing has changed drastically since the days when it amounted to coming up with edgy ads for male players waiting for the next big console blockbuster.

Now, the game industry has spread to new platforms like mobile and shifted from retail to digital. Gamers are coming from all walks of life. And the focus isn’t just on getting a player to buy a $60 title on a particular day when it debuts. The focus is on getting that gamer to come back over and over again and stay engaged with a connected experience and community.

I attended the Promax Games summit last week in San Francisco, where Activision won the award for having the marketing team of the year. The event’s speakers ranged from cosplayers and YouTubers to the community enablers at Hashtag Our Stories. At the event, I interviewed Steve Kazanjian, CEO of PromaxBDA, the nonprofit group that represents marketers and ad creators in the media and entertainment industries. 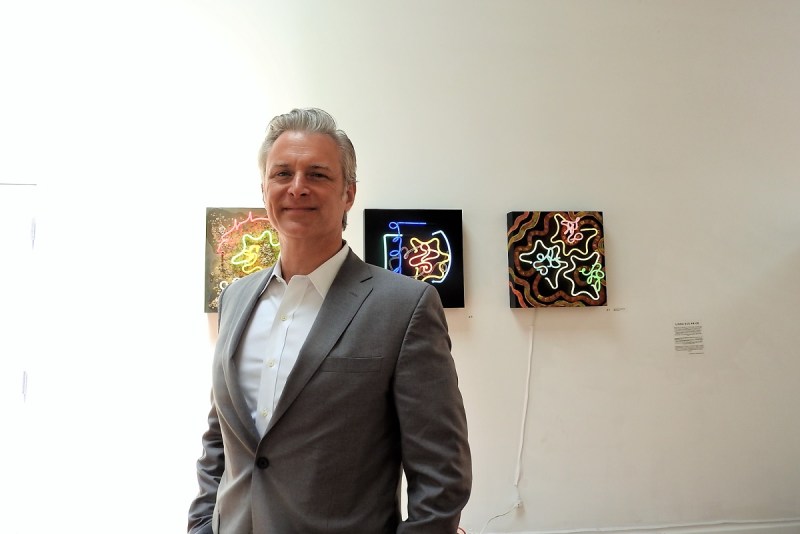 Above: Steve Kazanjian is CEO of nonprofit PromaxBDA.

GamesBeat: Is this a sort of rebooted experience for you guys?

Steven Kazanjian: I took over the leadership role of Promax about three and a half years ago. I’d been a member for my entire career and been on the board of directors for a number of years. For me, what was interesting is that I came up through the transition from post house to desktop. The first agency I had was one of the first agencies in the states that was producing broadcast-quality profit out of desktop.

I feel like this industry has always been in a state of transitions and fluxes. These watershed moments. Whether it was the original transition from broadcast to cable or from post house to desktop or from linear to digital — games is such an extraordinary part that I feel, for a number of years, they were all mutually exclusive worlds. But now, the role of brand is so significant that I don’t believe, outside of circumstances, that you can have a successful brand launch or successful consumer engagement if you don’t have a gaming component.

As I took over Promax, it was important to make sure we included that into the overall mix. This is the second year we’ve done it. We’ve dabbled with it in the past, but it’s never been — the membership bases were too mutually exclusive. Now, we’re seeing this crossover, especially over the last two years, both from the agency side but also from a publisher or a network side, an overall brand side as well. Whether it’s Warner and what they’re doing with DC properties, across theatrical, consumer products, games, on-air, and so on — it’s fascinating how these worlds coexist.

GamesBeat: I think back many years to the Game Marketing Conference. Do you feel like it’s an extension of that?

Kazanjian: While there were a lot of similar attendees, that was a completely different event. It wasn’t run by us. As a non-profit, member-based association, we run on very razor-thin margins. Everything we do pours back into the association. When I took over, my background was all for-profit business ownership. You’re in this place where you’re so focused on driving revenue. It took a board member to say, “[Your] job is not to drive revenue. Your job is to drive member value.” How do you define member value, and how do you push that forward?

The way we approach the game marketing industry has really been about, how do we holistically look at the market, understand how it connects with the other tentacles of entertainment marketing, and how do we see it as part of a collective, a larger whole? To me, it’s not an isolated industry at all. It needs to be part of something bigger.

GamesBeat: Everything seems to be changing so much. It used to be that you’d push your marketing to a particular audience. Now, it’s more complicated.

Kazanjian: There’s two things that are interesting: what game marketers can learn from traditional entertainment marketers and vice versa. I believe that this world has such an unbelievable handle on fandom, on driving community, driving engagement. When you think about theatrical, theatrical has 36 hours to make a profit. [Avengers: Infinity War] is huge, so maybe it’s got 72 hours. But it has a very tight window. On-air is the same thing. You run through that season, and then, you have to bring it back, like [The Handmaid’s Tale]. We have to get that flywheel going.

With gaming, though, even after it launches, you still have to fuel that fan base. The life of the property is so much longer. What traditional entertainment marketers can learn from that is extraordinary. If you’re keeping an audience captive and engaged with this property without any new content for this long a period of time, that’s amazing.

As we continue to see this fragmentation of the overall brand and market space and this bifurcation where the old guard traditional media are circling the wagons and moving closer and closer together, some of the speakers from this morning are really representing the other side of the equation. Not just user-generated content but user-generated marketing. You’re giving the press the [electronic press kit] with the digital assets. You should be giving your fans the exact same thing. It’s not just about the reach or the frequency. It’s about the depth of engagement, about the alignment of personal brands, of individuals, to each other. That’s extraordinary.

I believe in on-air situations, in traditional media, they’re very good as far as understanding the zeitgeist. [The Handmaid’s Tale], again, is a good example. How that hit the political and social landscape when it first came out and how the users remember those women marching on Capitol Hill with the habits and everything — if you think back 10 years ago, these worlds were talking about completely different things. Now, we see the democratization of content and curation and distribution in our industry.

GamesBeat: I wonder about games and the spread of games into mass culture and the parallel attempt to pull them back into a subculture. You have this class of toxic gamers who want to draw a circle around the industry and say, “No one else is allowed in. This is ours. Make games for us. We don’t want the masses. We don’t want mobile gamers. They’re not gamers. We’re real gamers.” But the way gaming reaches billions of people is through more inclusive, more accessible, different kinds of content. 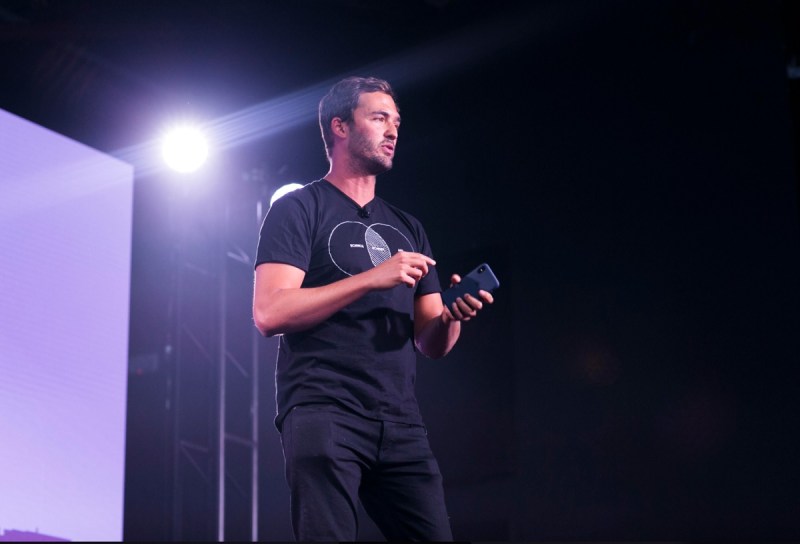 Kazanjian: Wouldn’t you just call that levels of engagement? When I was probably 13, my friends and I, every Friday night, would play D&D. We went super deep into D&D — like a level that you don’t really want to talk about. And now, you look at, because of Stranger Things and other stuff, you have this resurgence. My 10-year-old daughter, who thankfully is turning into a card-carrying geek like me, she plays D&D at lunch with her friends.

To me, the level of involvement is this — in any culture, there’s a tension between ownership, the fan ownership of it, what I know versus what you know. But for anything to really be culturally significant, you have to….

GamesBeat: Is there an implication that you have this sort of transmedia property, and there are different touch points? 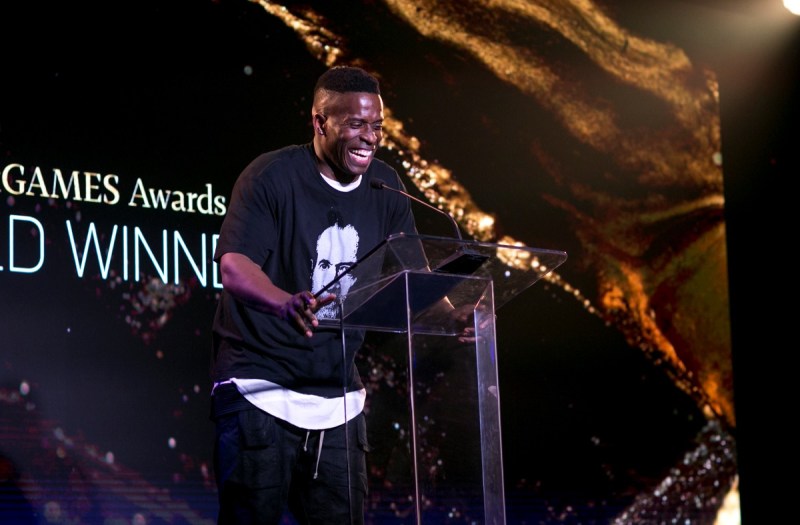 Above: Comedian Godfrey was host of the PromaxGames Awards.

Kazanjian: A great point would be — in my teens, I was also really into comic book culture. Much more of a Marvel guy than DC but I fell in love with The Dark Knight Returns, the Frank Miller concept. My Batman was very different from the Adam West Batman. But it’s great that you can have that world. With any culture, these ranks and levels of achievement drive affinity. You can keep it at a surface level, but if it connects to you emotionally and viscerally, you can go into it and explore it. For it to drive any success, it has to be that way.

As marketers, that’s our job and our responsibility. How do we authentically, credibly, and personally connect with our viewers, our fans, our consumers with these brands? The recall power of a brand is extraordinary. You can go to someone and say, “Superman,” and it has different recall to me than to you. But it owns equity in your mind. It’s an amazing ability. The stanchions between gaming, streaming, traditional television, consumer products, they’re all tied together to grow. Look at the most successful brands that have come out of nowhere in the last 20 years. Harry Potter is a fantastic example.

If you think back to the turn of the 20th century, the 1890s to 1910 were the birth of modern graphic design. The belle époque era in Paris at the time. What we think of now as vintage posters, that was really the birth of four-color lithographic printing and that was because these fine artists moved into commercial art because they couldn’t get jobs. Desktop publishing is the same thing in the 1980s. The first Macintosh with Quark back in the day. I had Lode Runner on the Mac too, one of the first games where you could make levels. Creativity and technology were all merging together.