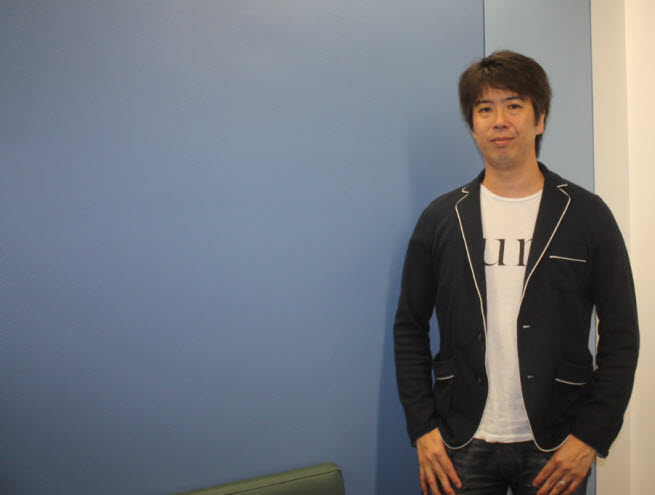 GungHo Online Entertainment has moved from obscurity to becoming one of the major players in mobile games this year thanks to the enormous success of its free-to-play Puzzle & Dragons game, which has dominated the top-grossing app store charts on a worldwide basis for months. It’s generating $2.5 million in revenue a day, with downloads above 11 million. It combines casual Bejeweled-like gameplay with a hardcore role-playing game.

Five months ago, GungHo’s stock was worth $280 million. Now its value is $4.5 billion, or more than Zynga ($2.8 billion). The company is about to become a majority-owned subsidiary of Japan’s telecommunications giant SoftBank, headed by Masayoshi Son, whose brother, Taizo, is chairman of GungHo. To players, that success isn’t a surprise. One woman, who shall remain nameless, told me she had spent more than $300 on the game.

Puzzle & Dragons launched in the spring of last year, and it hit No. 1 on the Apple iTunes App Store in Japan on the top-grossing chart within a few days. It has been there ever since. It has also dominated the charts on Android, though the number of actual downloads has been small. A well-timed television commercial helped push it into the stratosphere in Japan. It’s not an overnight success story, as the company has been in business for more than a decade and it has created hits such as the Ragnarok Online game. The company operates multiple studios, and it now has more than 40 working on updates for Puzzle & Dragons.

In the U.S., however, Puzzle & Dragons isn’t as popular. Launched in November, the U.S. version is ranked at No. 53 on the Apple iTunes App Store in terms of top-grossing apps, and it is No. 874 in terms of downloads, according to App Annie. Morishita said the company hasn’t spent any money on marketing in the U.S., and it will wait to do so until it has higher average ratings for the game.

Meanwhile, GungHo acquired Grasshopper Manufacture, the maker of Lollipop Chainsaw. That company was founded by legendary game designer Goichi Suda, also known as Suda51. He made acclaimed games such as No More Heroes and Killer7. Such investments could improve the odds that GungHo will be more than a one-hit wonder.

We looked up Kazuki Morishita, the chief executive of GungHo, at the Game Developers Conference in San Francisco last week. Here’s our edited transcript of our interview with Morishita, who spoke through a translator. 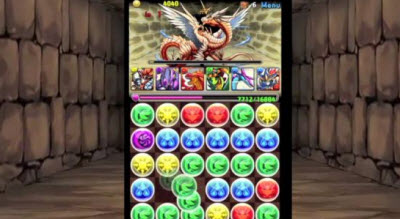 GamesBeat: I had never heard of you guys until I started looking at some of the worldwide results of the top-grossing games. How did your success happen? How did your games become so popular?

Kazuki Morishita: GungHo was established back in 2002. It’s been more than 10 years. We specialized in PC and console games, so mobile was a later step. We only started there two years ago, and we’ve gone from there to lead the mobile space.

GamesBeat: How many mobile games had you done before Puzzle & Dragons?

Morishita: We’ve published a total of 10 mobile games so far. Five of those were in the past year.

GamesBeat: Why did this one become so popular?

Morishita: Good luck. [Laughs] I established the company when I was in my mid-20s, and back then I had a very hands-on approach. The company was smaller, so I could oversee all of the creative direction and production and development. We had a very big title in Ragnarok Online, a massively multiplayer online role-playing game, and as the company grew from there, I focused more on the business aspect.

A couple of years into that, the quality of our games started slowly declining. They weren’t as well received by the public. Three years ago, I decided to change our business style and go back to taking charge of the creative direction. I’m president and CEO of GungHo, but at the same time I’m also executive producer of all games. I’m very hands-on with all these releases. If I have to push back certain games because they’re not up to standards, I can do that. That helped with Puzzle & Dragons when it came to controlling the level of quality.

GamesBeat: What was it like to begin that project and see it through to completion? How much time and how many people did it take? Was there a time when you knew you had a hit?

Morishita: The concept stage for Puzzle & Dragons started in August 2011 or September 2011. At the time, card battle games were really popular in Japan, so I thought we could come up with a new type of game in that genre. I personally thought most of the games there were crap. I couldn’t understand why they were such a big deal. I thought we could turn the genre upside-down and come up with something very innovative. A month after the concept stage got going, I knew we had something pretty special. It was a lot of fun.

Altogether it took a little less than half a year to make. The first month after release, the team was only six or seven people, not counting the illustrators. Right now we’re up to about 40.

Originally, the game was designed so that you could play the puzzle sideways. You held the screen horizontally. Then, two or three weeks later, I had the idea of moving it this way and making this part the puzzle, so we could focus more on the dungeon-RPG elements. By doing that, we were able to merge more genres together. That was a turning point, where we realized this was going somewhere. It was almost by chance, but that’s what I mean about good luck.

To be honest, I wasn’t anticipating the sales to be so high. Even though I knew we had something fun to play, that doesn’t necessarily mean it’s a moneymaker. But I’m confident now that Puzzle & Dragons is the most addictive and fun game in the world right now. 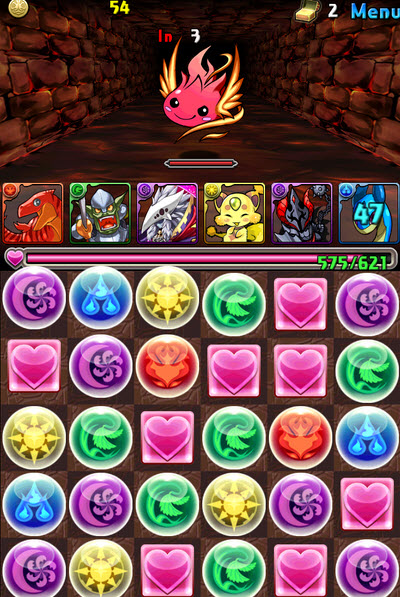 GamesBeat: What day did it launch in Japan? How quickly did it take off from there?

Morishita: The iOS version launched on February 20, 2012, and it was only two or three days before it became a top-grossing game in Japan. Seven months later we released the Android version. Originally, we wanted to do a simultaneous launch for all platforms, but at the time we were a little short-staffed and our people were more used to developing for iOS. We developed on the native platform first, and when we had more people who were comfortable working in Unity, that’s when we started on the Android version. Android took about a week and a half to reach No. 1.

When we launched the Android version, since the game was now available on both platforms, we did a new marketing push. We aired a TV spot in Japan, which isn’t very common for mobile games, but we were confident that we had something very strong. Up until that point, it was all word of mouth spreading the game.

GamesBeat: Is your team all working on continuous updates for the game now?

Morishita: Right now, about half of those people – around 20 – are working on updates and ongoing operations.

GamesBeat: Most games that hit No. 1 only stay there for a few weeks. This one has been there for how long? What are some of the other records you’ve set?

Morishita: From day two until now, we’ve stayed at number one on iOS. We’ve never dropped out. It’s the same with Android.

GamesBeat: When did the bigger companies start paying attention, like SoftBank? When did bigger things start to happen?

Morishita: SoftBank was actually one of the first investors in GungHo. They had 33 percent of stock in the company in 2002. When they bought an added 7 percent that just brought their share up. As far as the operation of GungHo, nothing has really changed. Some people just sold their shares and Softbank picked them up.

GamesBeat: Are you surprised at how successful you’ve become?

Morishita: I’m not shocked or surprised, and some people find that kind of strange. [Laughs] We’re just so focused on creating and developing the next new fun game. I’m very calm about all this media interest. It’s not going to change our philosophy about making games.

GamesBeat: Puzzle & Dragons hasn’t done quite as well here in the United States. Are there any reasons you think might explain that difference? Do you think there’s something you can do to make it more successful here?

Morishita: In Japan, the game came out in February. In the U.S., it didn’t come out until November. There’s that lead time that Japan had. Since we reached the top of the charts there in a matter of days, it was very easy to get started on marketing quickly. If we’re going to do any major marketing push, first the user reviews and ratings have to be high. Otherwise people aren’t going to be interested when they go to see the product. Our thinking is that we’ll wait a while – however long it may take – for the reviews to be very positive. The game is already up to a 4.5 average on the App Store, and we’re at 4.1 or 4.2 on Google Play, so we’ll be ready to start soon.

Geography is another factor in play. The size of the country is so different. Something spreads through the media much quicker in a country like Japan. There’s a lot more lag from the time difference and the size difference over here.

Another important thing that we focus on before we spend a lot of money on marketing is to make sure that the operation is very smooth. When users review the game, I want the fun aspects of the game to be part of what they talk about, but also the online support and customer service. For mobile games that are constantly updating and doing events, we have to make sure the operations are perfect. It’s not like a console game that’s a one-time purchase.

At GungHo, we had 10 years of providing that kind of online customer service and operations on the PC side in our online games. We’re very familiar with what customers appreciate, and I think that’s part of why we were able to do so well in that regard with Puzzle & Dragons.