Harmonix Music Systems has always been about experimentation — with a lot of weird, trippy, musical games. So it’s no surprise that the company is announcing its Harmonix Music VR app as an exclusive for the Sony PlayStation VR virtual reality headset this October.

The game is a four-part app that takes the player on a psychedelic trip. You can watch a 3D music visualizers with beautiful art and pulse-pounding music. You can enjoy a visit to a beach on an alien planet. And you can go to a wacky dance party with cute dancing creatures.

The game works with any song in your PlayStation 4 library or a USB stick with your own music. It has four unique worlds that let you relax or go crazy with your dance moves. The company is one of the first traditional console game makers to dive into the console VR space, and we talked with Jon Carter, game designer at Harmonix, about why it made this game. 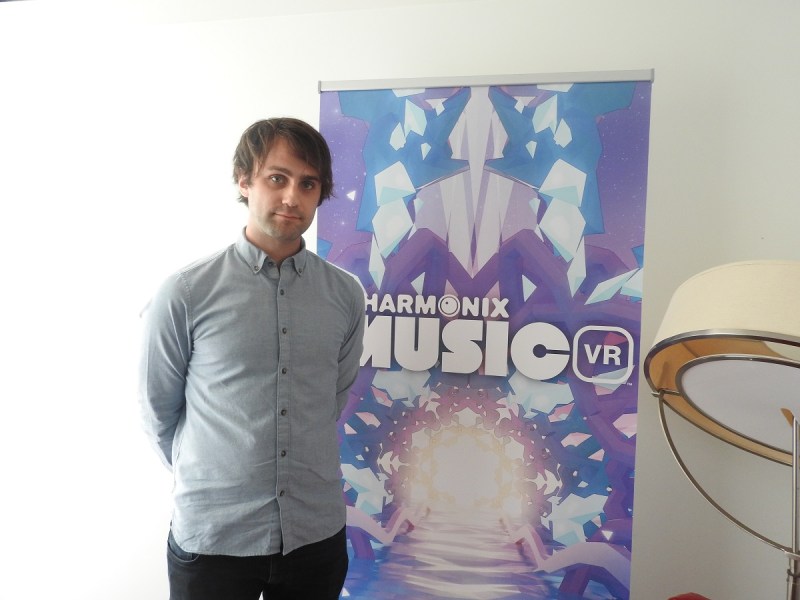 GamesBeat: What sort of experience is this? How big is it going to become?

Carter: It’s a collection of four unique worlds that all let you use virtual reality to facilitate musical immersion and appreciation. Or it’s a VR music visualizer, if you want a simpler way to think about it.

GamesBeat: In the last one, it seems like you could do that on an infinite loop there.

Carter: Yeah, ideally. A couple of the worlds — the last one you tried, the Trip, it’s really just to make you feel like you’re inside the music. You’re zoning out and focusing in on the music. It’s a passive experience, which is sometimes what people want with their music. But the other worlds are much more interactive and involved. They creatively engage you, which often helps with musical appreciation.

GamesBeat: Where did you guys get started doing this?

Carter: We’re super interested in VR tech in general. We heard about the Rift and all that, all the VR coming to market, and we were excited about trying lots of different things. Our first thought was that it might be a great way to help people listen to music. As a studio we’re always interested in new ways to use technology to help people appreciate music.

We started exploring different interactions and thinking about what sorts of interactions or visuals would let people appreciate music. It’s been an exploratory process, the studio getting its feet wet in VR. We feel like we’ve arrived at a solid set of four experiences that all take a different approach to answering the question of what’s cool and musical in VR. 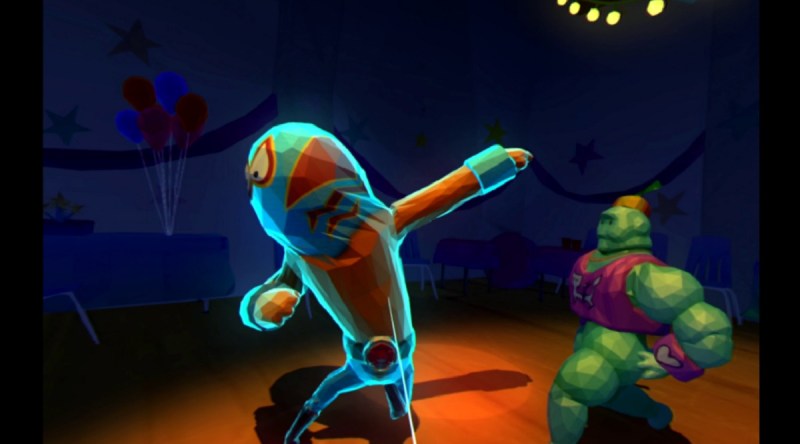 GamesBeat: It seems like a short experience. Is it less than what you’d normally do for a full-sized console game?

Carter: Yeah. It’s an experience. It’s not a game. The idea is that the replayability comes from the different ways that the worlds react to different music. It works with every song in the world. We encourage people to experiment with different types of songs in the different worlds.

GamesBeat: Does that seem to be the right thing to do for VR right now?

GamesBeat: How long did you guys work on this?

Carter: We’ve been working on it off and on for more than a year. Most of what you just saw has been in development for the past seven or eight months.

GamesBeat: You could do lots of different things. You could try a more soothing kind of music.

Carter: Absolutely. That’s one thing we were going for with the Beach. It’s a great place for chill music. It’s almost a therapeutic place to go, a meditation tool. That was important for us to provide. The other end of the spectrum would be the Trip, which is very pleasant with chill music and relaxing music, but the more intense the music you give it, the more intense the visuals will be.

GamesBeat: Where do you get the music for this?

Carter: We’re shipping this with an entire original album by MQ, who works at Harmonix. These are composed specifically for each of the worlds. We also have a handful of tracks from Amplitude and City Sleeps, both of which are past games of ours. But we encourage people to load music into the experience. We have our own internally developed music analysis engine that analyzes the song, breaks it into sections, assigns energy values to the different sections, and gives us a whole wide variety of data to work with? As long as the PlayStation media player recognizes it, it’ll work in Music VR. It’s as simple as loading it on a USB key.

GamesBeat: Is there going to be a store for people to get music for this?

Carter: Not for Music VR, no.

GamesBeat: But you just need audio, not any accompanying video.

Carter: Any song you happen to own, be it MP3 or WAV or a variety of other formats. 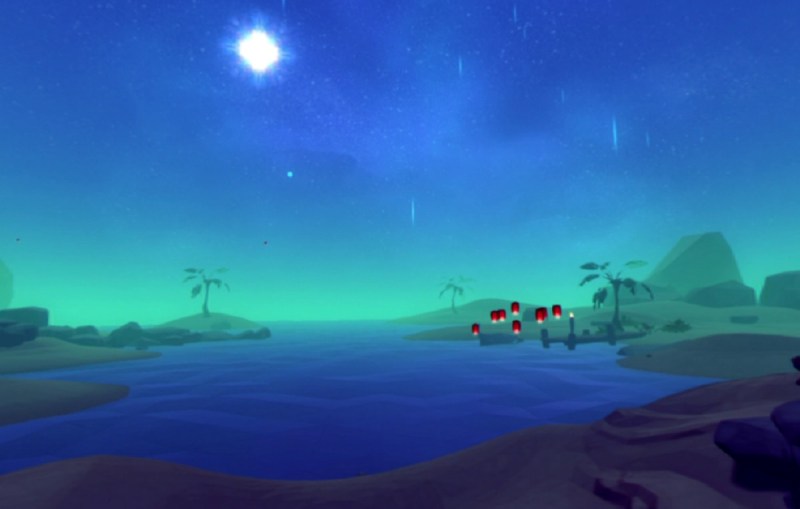 GamesBeat: Have you guys ever done any other VR experiments before, or is this the first one?

Carter: This is the very first one. We’re super excited about the tech as a studio. We’re exploring a bunch of different things. You’ve probably heard about a Rock Band VR in the works. But this is our first foray.

GamesBeat: What do you think you’ve learned so far?

Carter: It’s so new. Just the fact that all the worlds are so different is a testament to how new it is and what a wide variety of experiences is possible. We’re still very much learning best practices that, as an industry, we’re all feeling out.

On the Beach, it’s a completely stationary experience. That might seem kind of unexciting from a game design perspective, but in VR it’s important for people who are new to the medium to feel like they have complete control over what they’re looking at, what the character is doing, that kind of thing. Every day we feel like we’re breaking new ground and learning new lessons.

Carter: Exactly, which is something we’re excited about. There’s an angle where a lot of visual artists will listen to music while they work. There’s something about getting that creative frame of mind that makes you more receptive to music. It’s interesting for us to give you something to do creatively that also refers back to the music itself. Ideally we create this zoned-out feedback loop of engagement. 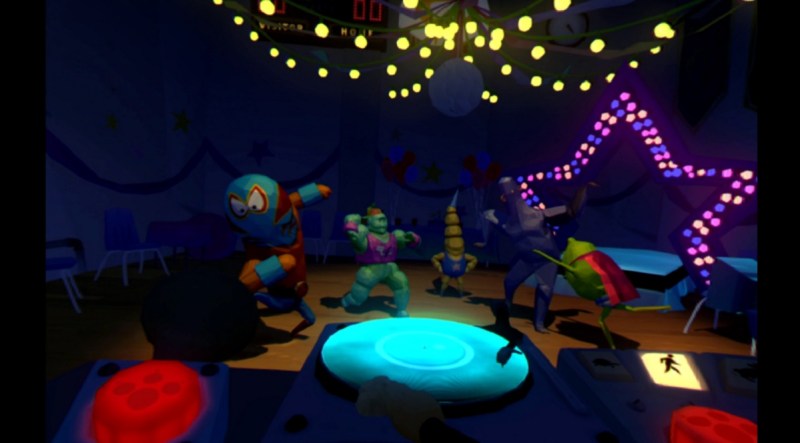