Jam City has grown dramatically over the years to become one of the industry’s largest mobile game companies. But its mission isn’t all about growth. I talked with Jam City CEO Chris DeWolfe about balancing growth in the pandemic, taking care of employees, and doing the right thing for gamers.

DeWolfe’s company has published games like Harry Potter: Hogwarts Mystery, Panda Pop, Disney: Frozen Adventures, and Cookie Jam. It has been active growing its staff and acquiring games such as Bingo Pop and Disney Emoji Blitz. All told, the company has had more than a billion downloads and more than 30 million players. I talked with DeWolfe about the balancing act at our GamesBeat Summit 2021.

Mobile games should grow 25% to $120 billion in revenues in 2021, according to mobile data and analytics firm App Annie. More people started playing games in the pandemic as other forms of entertainment were cut off. Generally speaking, it takes 66 days for people to pick up new habits, and during the pandemic, people have had much more time than that, according to App Annie. That means those new players are likely to stick with playing games even after the pandemic is done.

And App Annie also found that people played mobile games at home, even though they weren’t commuting and they had the option to play PC and console games. While Hollywood film, music, and other entertainment production has stalled, games can still be made, and they’re being played more than ever. 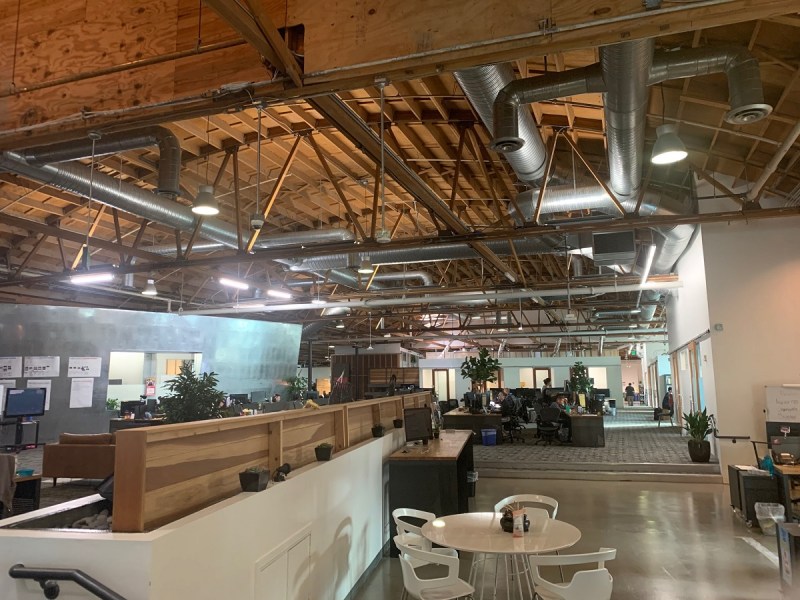 But DeWolfe said that the pandemic has been truly difficult for everyone, including Jam City’s employees, and the company has to balance growth with mental health awareness.

“One of the big things that we learned as a company was our true mission,” DeWolfe said. “Our true mission can be to make fun games or create great entertainment. But when we actually reached out to a lot of our players, they would often tell us that playing five levels of Cookie Jam after my 12-hour shift today helped me to de-stress and get my head on straight.”

He added, “Or it allowed me to spend my special social time that I do once a week with my aunt and my sister. So there was, I think, a sense of a bigger mission out there than we normally may have had that became very special rallying cry to all the employees in the company. Your players are one set of stakeholders. And then the challenges with the employees were a different one.”

DeWolfe admitted that the company didn’t do a perfect job of achieving balance because the pandemic was so unprecedented.

“We did the best that we could,” he said. “At the very beginning of the pandemic, we were quite worried, because creating a game is something that you do in harmony with people from different folks, from product management, to game design, to engineering. They all work together to create this perfect entertainment experience. And we were just quite worried that wasn’t going to be able to happen in a work from home environment. It wasn’t something that we had tried before.”

At first, the company doubled the amount of normal meetings it had so teams could over-communicate. That work at the outset and the company was productive. But then came the burnout.

“We had to make conscious decisions then to cut back on meetings,” he said. “We instituted different training sessions. We had a stipend that we gave to everyone. During the summer, we had half-day Fridays, so people could take long weekends. We encourage people not to set up meetings during lunch. We encouraged people to get out and exercise.”

Then came the unrest around Black Lives Matter and the presidential election.

“We made a special effort to have conversations around all of those topics, to make sure that all of our employees felt included,” he said.

The company turned its headquarters in Culver City, California, into an early-voting location and worked for voter registration. 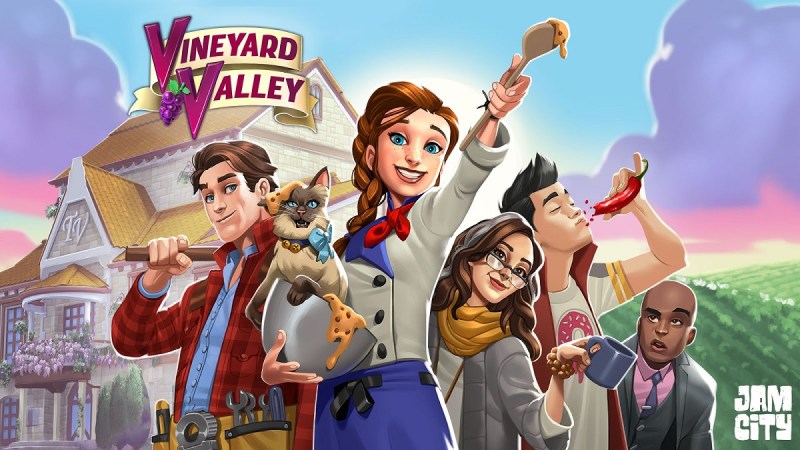 Above: Vineyard Valley is a new mobile game from Jam City.

I also asked DeWolfe, a veteran entrepreneur who cofounded the early social network MySpace, what he thought about the industry’s crazy growth and its acquisitions frenzy.

“That’s a very loaded question. I think, from a mobile gaming perspective, it’s been very underweighted, in terms of the amount of attention that it’s gotten,” he said. “There were only two game companies in the United States, Zynga and Glu, that were public mobile game companies. When they became public, they didn’t necessarily perform as well as a lot of the mobile public companies.”

So it took time for analysts and journalist to catch on to the growth in previous years, DeWolfe said.

“From that perspective, I really think that the increased spotlight that the mobile gaming industry has gotten is very warranted,” he said. “It will continue to grow as the real numbers have been growing. With engagement and revenue, and all those kinds of things.”

He noted that some hyped trends like nonfungible tokens could create interesting new collecting mechanics for games that could make players feel really good about owning something unique.

As for revenue growth, DeWolfe believes that it will continue as the growth really started to pick up before the pandemic as companies invested in live operations, or new ways to get players to come back and engage with games. Those live operations generate continuous revenues and help make mobile game results more predictable. 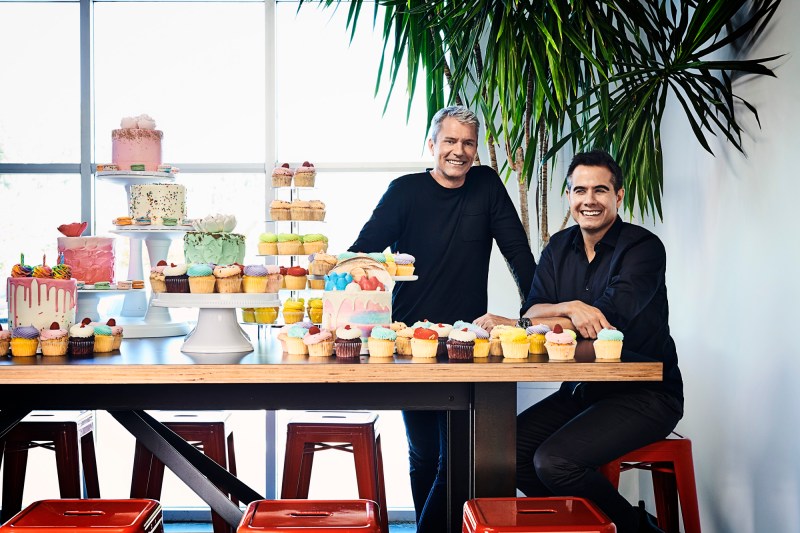 As uncertainty rose, the cost of advertising went down, and so many mobile companies spent more money acquiring more users during the second quarter and the first part of the third quarter, which brought a lot more players into their ecosystems, he said.

“And if you’re operating your game in the right way, those revenues that are going to be generated from the players that you brought into your ecosystems are going to last for many years to come,” DeWolfe said. “But again, our strategy as a company is we keep players for the long term and monetize them over a very long period of time.”

DeWolfe said the data shows that players are playing top games about 40 minutes a day, which is more than they’re using social networks. And while there is a huge amount of activity in terms of big acquisitions, DeWolfe said much of the innovation in the industry is coming from small companies. There are still plenty of companies to acquire on that front.

“At the end of the day, as an entrepreneur, myself, and I’ve been on the other side of it, my main goal is always to have as many people using the product that I’ve developed as possible, whether that goes back to the MySpace days, or it means creating any of our new games,” he said. “And that’s really what gets me excited. That’s what gets most entrepreneurs and innovators excited. And we can help with that, and allow them to keep innovating and creating. And that’s what we’ve done. And the word has gotten out that’s what we do. So I think that trumps any kind of price inflation.”

Raising the bar for creativity 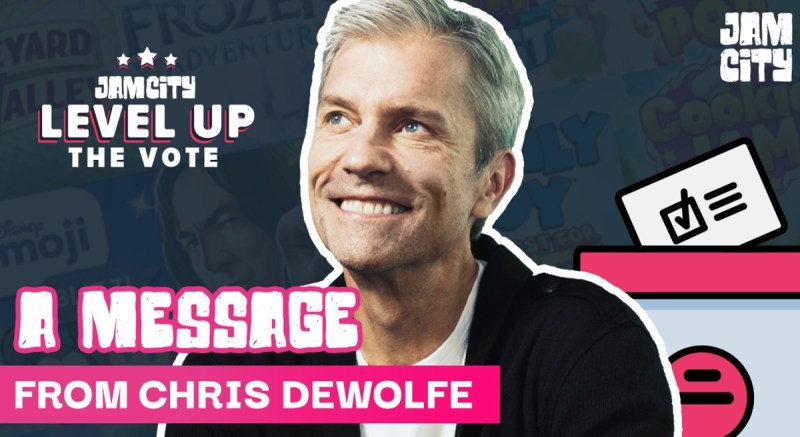 Above: Jam City CEO Chris DeWolfe wants you to vote.

As for the creativity bar, DeWolfe said that has been rising over time. Companies have to invest in technology infrastructure as well as the teams needed to produce big hits. Jam City invests in centralized publishing technology, but the studios make the creative decisions.

“We have a creative council within our company. That’s always testing new ideas and looking for vision holders of those new games,” he said. “And we have quite an extensive greenlight process to make sure that we’re keeping the creative process moving forward in the right direction. And we’re always looking for those smaller developers that want to work with us.”

He believes gaming is growing in importance relative to other entertainment.

“Hollywood is going through this transition,” he said. “We’re seeing some winners and potential losers out there,” he said. “I think the game industry has been a leader in so many different ways. We’ve had this direct relationship with our customers in mobile for a very long time. So we understand what they want. We can build these relationships, we can talk to them directly. We can build the types of features that they want, we can understand early if there’s a problem in the game and fix it. We can understand if the game is too easy.”

That makes it easier to adjust and change on the fly to fit consumer demands. That’s much harder for Hollywood.

DeWolfe said the company has several games in the pipeline that lean heavily on social, and he thinks that’s going to pay big dividends. The company will balance its options between Jam City originals, it’s own franchises, and third-party IP. So far, he isn’t investing in hypercasual as he doesn’t see those games paying off in the long haul.

“Every time we think we’re getting it right, or we think we’re the best at what we do, whether it’s game development, or the greenlight process, user acquisition — three or four months later, we’re not the best any more,” he said. “It’s this constant wanting to get better and a constant learning curve. That’s really exciting as everything is changing every day.”