Matt Nava was the art director on the award-winning games Flower and Journey from thatgamecompany. But he broke off and formed his own studio, Giant Squid, in Santa Monica, Calif. And his first game as creative director at his new shop is an interesting underwater-exploration title dubbed Abzu.

It’s a big switch to go from animating the desert sands of Journey to creating a beautiful 3D underwater world in Abzu. The environment comes to life with inspiring music from Austin Wintory, who also did the music for Journey. Abzu is one of the titles being shown at the Electronic Entertainment Expo (E3) trade show in Los Angeles that we can’t wait to see.

I caught up with Nava at a preview event to talk about how he made the transition from Journey to Abzu. Here’s an edited transcript of our interview. 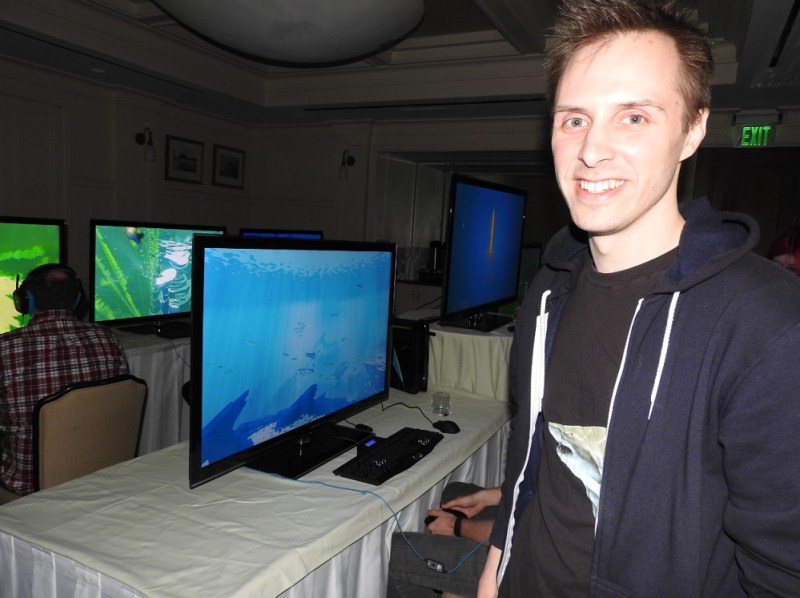 GamesBeat: I wrote a lot about Journey at the time. Were you the guy that was working on how to do sand?

Matt Nava: Yeah. I worked with our lead engineer at the time at thatgamecompany, John Edwards, and we developed the shaders. The whole team worked on making that sand look good. It was a thing we worked on throughout the entire project. But I was the art director. I designed the look and feel of it.

GamesBeat: I don’t know if that’s useful in this game, knowing how to do sand perfectly.

Nava: One thing that’s interesting is that Journey was a desert game, just void of life. After that, I was thinking, “I want to make something green. I want to make something full of life and movement. Everything you touch should be animating.” That was part of the reason I chose the underwater environments for this game. They’re so vibrant. It gives us options to create these lush kelp forests and everything else.

GamesBeat: These guys are saying that there’s been a lot of different motion-simulation games. But that’s not what you had in mind here?

Nava: Right. A lot of games that do underwater scenes focus on the scuba simulation aspect. You have a diver with a scuba tank, and you can upgrade your air gauge and things like that. What Brian [Balamut, lead engineer at Giant Squid] and I discovered when we went scuba diving is that once you get into the water, all the equipment and instruments and everything just disappear. You’re just lost in the world. All of it is there only so you can be there. It’s not the point of the exercise. 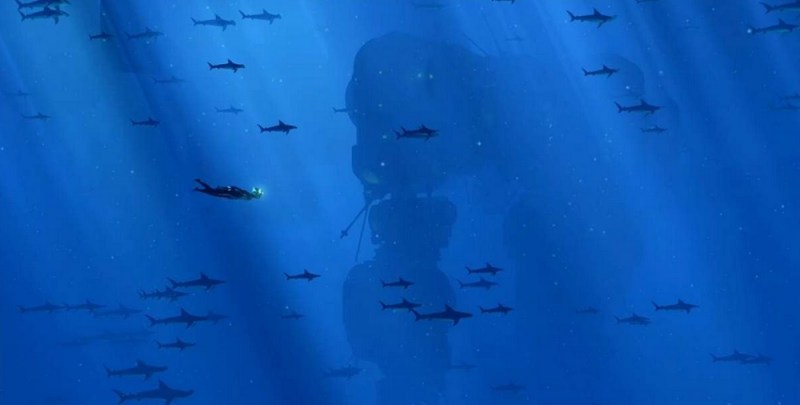 Above: Abzu has beautiful underwater landscapes.

We wanted to get at that, get at the magic you feel when you’re diving and exploring a new environment. As you can see, the diver doesn’t have an air tank or anything like that. There’s no danger to swimming there. You can swim in it as long as you want. That lets the player lose themself in the world.

GamesBeat: There’s a lot of color to it, a lot of light. It’s not just blue ocean.

Nava: Absolutely. One thing I’m excited about doing with this game, the environment is going to have so many colors. Light illuminates the water in such a way. It’s this very viscous medium. It takes on the color of any light in it. We can have blue environments, red environments, depending on what kind of light sources we create. The lighting and the fog and everything you see is going to be very useful for creating this emotional mood for the player.

GamesBeat: How large a world is it? Are you thinking of something similar to Journey as far as the experience goes?

Nava: Right now, the scope of the game is looking to be slightly bigger than that. We want to be able to dive deeper in. But it’s in development, obviously, and subject to change. We’re going to ship on [PlayStation 4] and PC. As far as a release date, we’re shooting for the early half of 2016.

GamesBeat: Was there any particular reason you split off from thatgamecompany? It seems like a game they could do or would do. Was there a reason you wanted to do a new startup for this game?

Nava: After Journey shipped, thatgamecompany dispersed. Everyone went their separate ways and started their own separate things. I did the Art of Journey, a book about the art of the game, and after that, I was thinking about what I wanted to do next. I wanted to do a game that took what I learned on Journey further, so I wanted to start a new studio and form a development team that was specifically going to be focused on doing that.

GamesBeat: Where are you located?

Nava: We’re based right here in Santa Monica. Right now, we have 10 people. We’re going to keep it small. Our culture is very tight. We’ve been working almost two years now. Nobody on the team is from thatgamecompany, except for Austin Wintory, sort of. He’s not part of thatgamecompany, but he’s the composer who did the music for Journey. He’s doing the music for Abzu as well.

GamesBeat: How did you get together with 505 Games?

Nava: They’re one of the publishers that understood the game the most, out of all the people we talked to. Some publishers said things like, “Hey, this is great, but where’s the harpoon gun?”

GamesBeat: Where are the sharks?

Nava: Exactly. Of course, that’s not the point of the game. But 505 got it immediately. It made a lot of sense for us to go with them as our publisher.

GamesBeat: Is it similar to the thinking behind Journey? Are you trying to create a kind of emotional experience?

Nava: Right. The goal is to create an experience that’s lasting and meaningful for players. We want to give them a world they can explore and keep coming back to and enjoy. That’s something I learned when I was working at thatgamecompany. Games can do something like that, and that’s what I want to keep doing with games.

GamesBeat: Did you get any advice from your former colleagues, like thatgamecompany’s Jenova Chen?

Nava: Jenova hasn’t played it yet. A bunch of guys who worked at thatgamecompany are good friends of ours, though, and they’ve come over and given us good feedback. 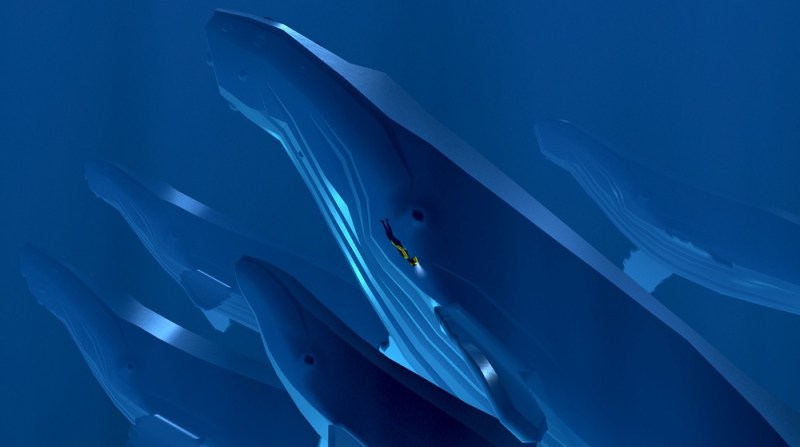 Above: You can ride on whales in Abzu.