Sunni Pavlovic is studio manager for Thatgamecompany, the Santa Monica, Calif.-based creator of hit games such as Flower and Journey. In that role, she is in charge of hiring and evaluating job candidates who want to work alongside studio visionary Jenova Chen.

The company has grown slowly in the past few years, and it now has 15 employees. And one reason for that slow growth is that the company is very careful about who it hires. Pavlovic and her team devise tests for programmers and think about not only what a person can do, but how they will fit with the rest of the team. Thatgamecompany can be choosy because it has such a reputation for making unusual, groundbreaking games that developers would love to make.

Pavlovic gave a talk at the Game Developers Conference in San Francisco last week on hiring practices for game studios. We caught up with her afterward for an interview. Here’s an edited transcript of our conversation. 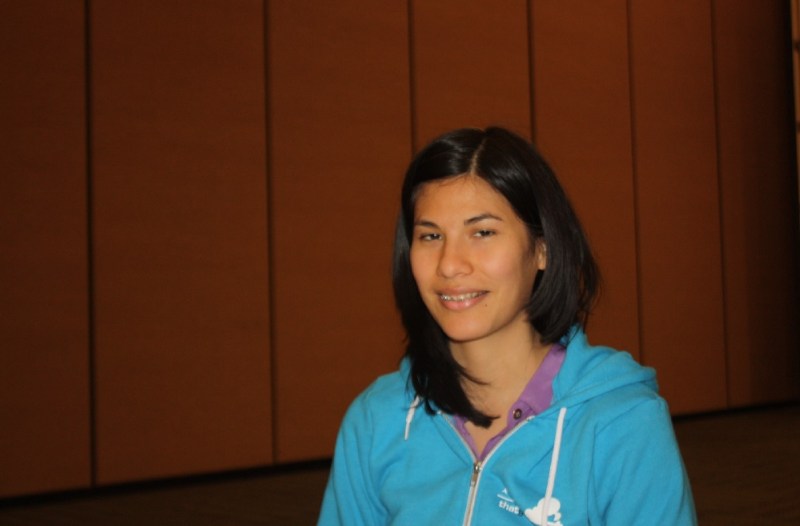 GamesBeat: You were talking about tips for hiring people and building a studio?

Sunni Pavlovic: Broadly speaking, it’s kind of advice about hiring, but really it’s about what we at Thatgamecompany did and why it worked for us. We’re coming from a very specific direction and goals. But outside those specifics, hopefully there are still approaches and thoughts about — my goal was to get people thinking that hiring is important. It’s crucial to building a studio and making games.

The people you hire will make your game. It sounds obvious, but even here at GDC where we’re here to talk and share information about how to do things better, we don’t talk about things like hiring. I’m very involved in hiring. That’s part of my contribution to the studio and to game development. Maybe we should shine a light on, hey, if we do hiring well, it helps our games and it helps our studio.

GamesBeat: Do you feel like your way of doing things is different from the way a lot of bigger game companies hire people?

Pavlovic: I can’t speak to that specifically, not having been on either side of things at bigger companies. But as much time and attention as we apply to developing games, I apply that to the hiring process as well.

One key thing I mentioned is, taking the time to get to know an individual and let them get to know you. Not for every single applicant, maybe, but when you’ve selected a handful of promising people, then making sure you put the time in to say, “This is what you can expect. This is the role. This is what we’re looking for. This is why it might be exciting for you, but also why it might not be a good fit.” Treating them as a human. Even if you have to reject someone, there are always benefits in doing it well. Word gets around.

When I was here on Tuesday, a conference associate was at the door for the speakers’ lounge. We’ve never met in person, but I saw her badge and knew that she’d applied to us. I was able to say, “Hey, I know you, you did that project,” and so on. We never got far toward hiring her, but I got to know her because I’d taken the time. 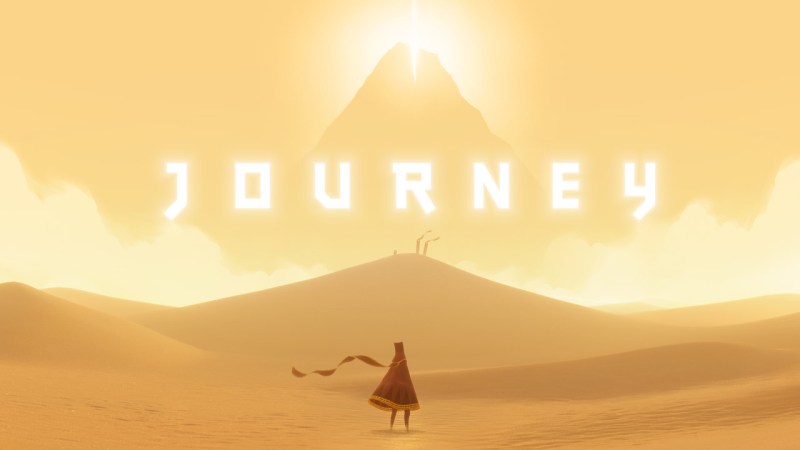 GamesBeat: Do you have a strategy for what happens if you make a bad hire?

Pavlovic: That has happened. I’ve been at thatgamecompany, and three people have departed the studio in that time. Historically, we’ve not been very good at letting people go. We’re not good at identifying problems and addressing them immediately. But we are good at giving it time to digest, so it’s clear enough.

One of the points I made was, if someone has to leave, it’s important to make it safe for them to leave. Make sure that you’re not going to give them a bad reference, that you’re not going to badmouth them. It shouldn’t be like, “We never want to talk to you again. Don’t come back.” Usually we all think an individual would be better off at another studio and would be happy and fulfilled. We want to support them.

Finding people to do great things here isn’t about being competitive. It’s about the greater industry. If you’re going to make contributions, you should be able to do that where you’re the most empowered and satisfied. We’ll tell them, “If you need help finding another job, if you need us to vouch for you, we’ll do it. If you’re afraid of making that step to leave, we’ll give you a cushion.”

The way that worked out with Asher Vollmer, he went on to make Threes. We hired him to work at Thatgamecompany because he’s obviously super talented. He had a lot to contribute. But he didn’t feel like he was reaching his peak at Thatgamecompany. That’s proven out. He had this idea for a game that was Threes. He approached us about it and we said, “Hey, if this is your passion, you need to do it. If you’re suppressing it to work on our project, you’re not going to be giving your all to it anyway.” He was really nervous, because he’d just come out of school and been at the studio for a year. He was relatively young. But it bears itself out. He made a great game and people loved it. 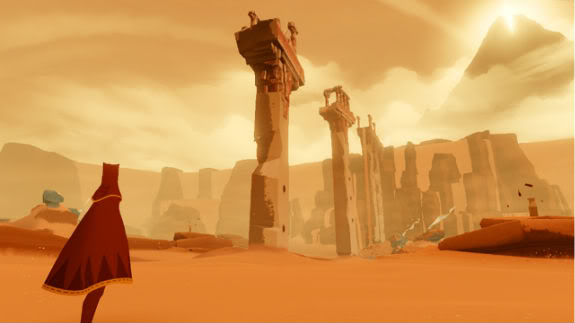 GamesBeat: How do you remain thoughtful about hiring without being too slow?

Pavlovic: I try to be very mindful of that. I know what it’s like to look for a job somewhere. It’s very stressful. There’s a lot of uncertainty. There’s a few things I try to approach with. When someone has gotten a little way into the process – we’ve had an initial phone call, a second phone call, the candidate is going somewhere – then we’ll say, “Hey, we like you. We have a process.” I outline each of the steps of what they can expect, so they’re not completely in the dark and wondering when they’ll hear back.

Communication is important. I want them to have the information they need to feel like they can take on this challenge. I also explain the reason why we have this very thorough process. We’re a different kind of studio and our requirements are different. We want to make sure people fit and we can keep them for the long term. Usually they get it and it works.

Being transparent about your process is one thing, being aware of limitations. I talk about how we give tasks and how that’s sometimes controversial in the interview process. I’ve heard some applicants say that studios have given them a lot of work that’s totally unreasonable compared to what the job requires. That’s not what it’s about. The reason why we have these tasks is because I need to verify that their skill set transfers over. Everyone has to wear multiple hats with us. I need to know that you can come in and hit the ground running, so I need to see a demonstration.

I try to outline things like, “I estimate this will take a day of actual work to put this test together.” We have some time for brainstorming and some time for polishing. I’m setting up that expectation so a candidate doesn’t go overboard, but also to get an assessment of what someone can do quick. We do quick prototypes at the studio. But as much as possible, if I can avoid giving a test — if someone has some code samples I can review, if you’re a full-time working professional, I don’t have the same expectations as I would have for a student.

As much time as a candidate’s putting in to perform a task, on our side we’re tailoring a task very specifically to the role. It really hones in on the skills we think someone will be using on a daily basis. It’s not wasted. We’re also creating something fun. It’s not a cookie-cutter task. We personalize it for an individual and for a role. If they think it’s fun and exciting, that’s the stuff they’ll be doing every day.

We’ll put little bits of humor in. I remember one of the tasks John wrote was for a systems engineering role. He was trying to test performance. He said, “Let’s say we’re making a mobile game in 2000, a fl0w MMO on a super old phone, and the device has only so much RAM. How do you get all these operations to happen?” 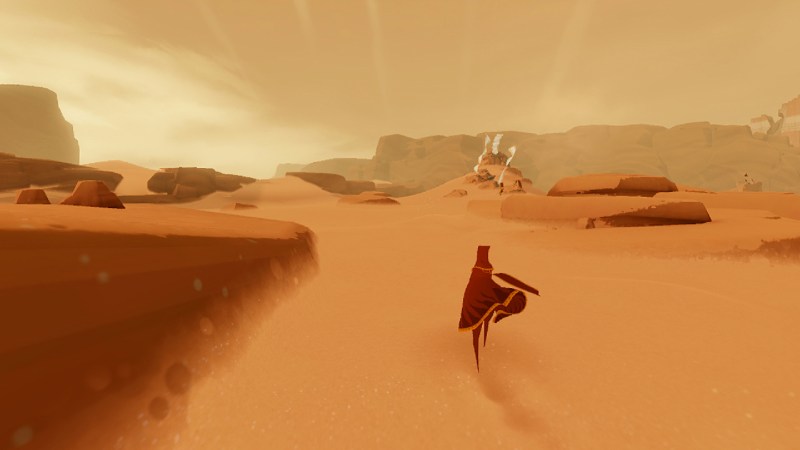 GamesBeat: Is hiring the right person the most important thing a studio needs to think about? What’s the impact of a hire that doesn’t work out?

Pavlovic: I wouldn’t go to the extreme of saying it’s the most important thing, but it’s certainly a very important decision. If you find someone who doesn’t fit and they’re not happy — this is pretty well-documented. If you have a toxic employee, if they’re disgruntled for any reason — if they don’t think they’re getting the amount of responsibility that they expected, or any number of other things — other people pick up on it. I’d say that the people we hire are pretty emotional, artistic people. They pick up quickly on bad vibes. It creates this downer environment in the studio that we don’t want. We have to hire people who are going to be excited and happy with the kind of crazy stuff we do.