Landfall was working on Totally Accurate Battle Simulator, a physics-based tactics sim, when the studio answered the call of April Fools. It wasn’t the first time, and in this case, the concept was a goofy parody of PlayerUnknown’s Battlegrounds, a three-week diversion from their main game project.

The jokes are taking over. “They’re becoming more and more ambitious,” says Henriksson. “It’s a problem. I don’t know how we’re going to deal with it next year.” It started last year with Totally Accurate Battle Zombielator.

“In 2017 we did a nine-day project with TABZ, which was a DayZ clone for funsies,” Henriksson explains. It was temporarily available on Steam for free. “This year, we were like, ‘Let’s get some proper multiplayer in there, because it was very buggy last year, and let’s spend a month on it.’ We ended up doing it in three weeks because everyone flew out to GDC.”

It functioned, but it was also broken. Landfall decided not to release it, instead opting to iron out some of the worst bugs and add a bit more polish. Every few days the studio came close to launching Totally Accurate Battlegrounds, but the team kept finding more things to fix. “We did that for about two months,” Henriksson recalls. “It was horrible.”

Since the venture was started as a joke, purely for fun, Landfall released the game for free in the beginning, but there was a new problem: server costs. It was the first time the studio had needed to worry about servers, previously employing peer-to-peer, and the costs were huge. The novelty and lack of a price tag meant that within days, the servers were dealing with millions of players. 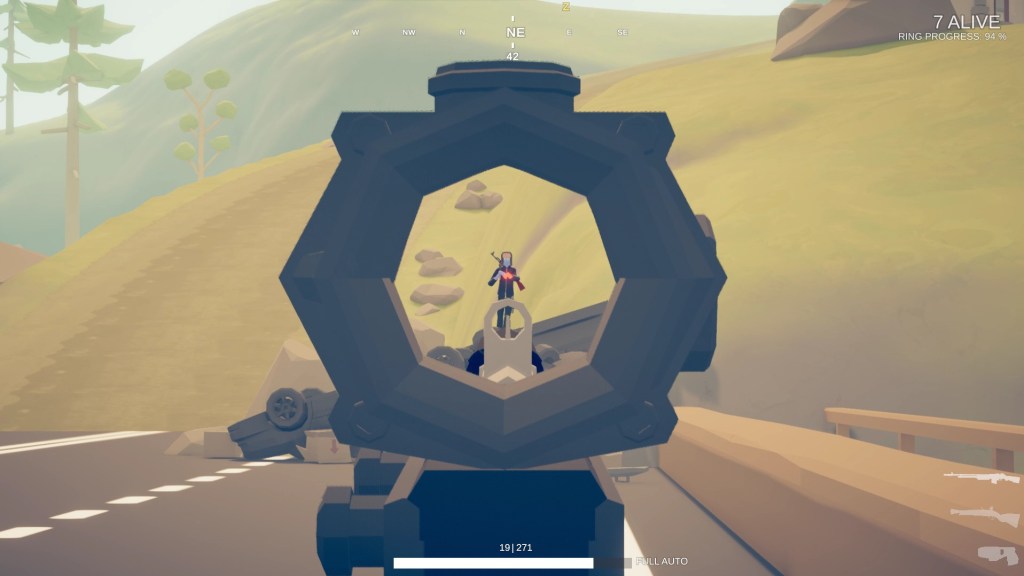 “The first weekend was something like $50,000 in server fees, and we still hadn’t made a dime out of it,” Henriksson says. Now it costs $4.99 to cover the expense of servers. Over the course of a month, Landfall also released 9 patches and several hotfixes. It’s become more than a one-off joke.

Henriksson credits the studio’s ability to jump between projects and make parody games to its size. “We’re still a pretty small studio, and we’re probably going to keep it like that because it allows us to make these really quick turns. I don’t think it would be possible for a big studio to pause their project for a month to make an April Fools joke.”

While TABG is a result of the studio’s agility, that’s also the reason that it’s ready to move onto other things. “We just want to make new things really quickly and make new projects happen,” says Henriksson. “We’re not really excited about entertaining one product for a long time. We want to be able to move away from TABG, eventually, and move back onto TABS. But we don’t want to be the TABS studio, either. We want to make new things.”

Right now, Landfall’s fighting hackers, trying to get them out of the game. It’s also considering getting help from other developers, getting them to support TABG, and to continue fixing bugs. The plan is to work on it until players can get into the game without any problems and not get killed because of hacks. Otherwise, TABS has become the focus again.

From cubes to catapults

Totally Accurate Battle Simulator started life as a physics experiment during the development of Clustertruck, the ‘physics-based truckformer’. Lots of Cubes pit little cubes against each other in small battlefields. The blocky warriors charged at each other, rolling across the map and smashing into their foes. “We really loved the game, but it didn’t look like anyone else did,” Henriksson says.

It wasn’t until a game jam in a castle in Sweden that Lots of Cubes would become TABS. “Because it was a castle, we decided to do armies fighting,” remembers Henriksson. “So we removed the cubes and did physics-based humans. We quickly got to some scenarios that were just absolutely bonkers hilarious, and it looked amazing. We posted a video of it online when we got back from the game jam, and it blew up.” 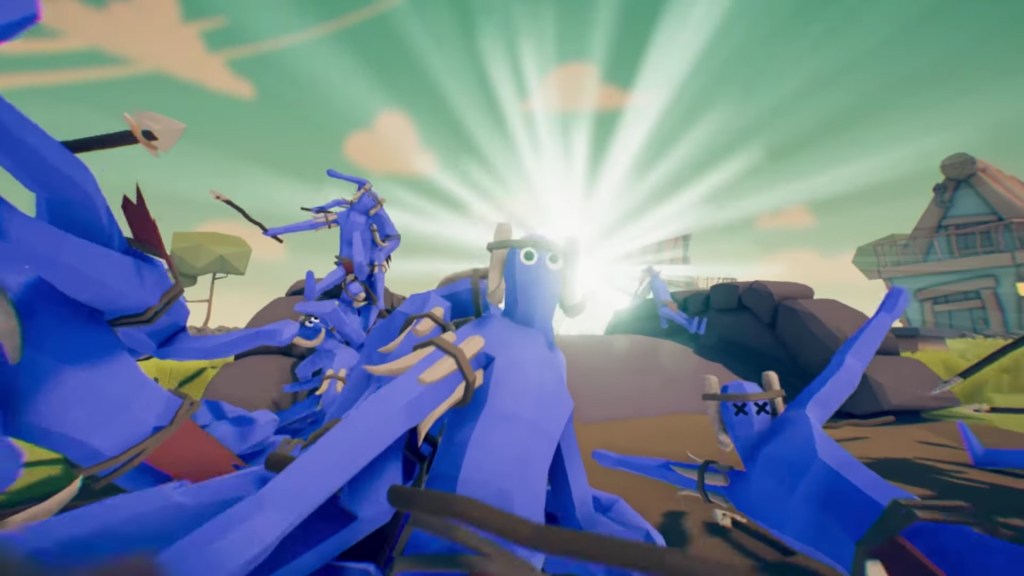 Lots of Cubes might have gone ignored, but TABS quickly gained traction. “At one point, Totally Accurate Battle Simulator was more Googled than Battlefield 1,” says Henriksson. “Just for one day.”

Though it’s become more complex since its Lots of Cubes days, TABS remains accessible and simple. Landfall wants it to be a tactical game that anyone can pick up quickly. It’s all about the big picture, with armies – made up of warriors and siege engines from different eras – automatically colliding, while physics and chance determine the outcome of the simulation. In the main mode, players can only influence that outcome in the preparation phase.

“You’re the general,” Henriksson explains. “You decide what units you have, how they will be set up, and then what direction they will move; then you press play and they follow what you’ve told them to do. Like in a real battle, you won’t be able to run around and say ‘Hey guys, you should have gone over there.’ You have to trust that your initial plan was good and that it will work out.”

The physics skews towards wackiness, with soldiers flailing and flinging themselves at enemies with wild abandon. A lot of scenarios play out in ways that even the developers didn’t anticipate, and the line between bugs and welcome surprises is blurry. Even when something isn’t functioning as designed – technically broken – it can conjure up entertaining battles.

Ultimately, that’s the metric Landfall uses to decide if a bug or quirk is worth keeping around, in some capacity, Henriksson says. It’s the same reason the studio keeps releasing free April Fools games. “We have to look at it and ask: ‘Is this fun? Will people enjoy this interaction that’s happening right now?’

And it’s not about looking correct, it’s about an enjoyable game mechanic. Our decisions are all based around that.”