Since Peter Levin joined movie studio Lionsgate last year as head of interactive ventures and games, he has been a heavy dealmaker.

Levin has commissioned movie-themed games, created a multi-company deal to fashion a virtual reality game from Keanu Reeves’ John Wick film, and he even invested on his own in an esports professional gaming team.

Levin spoke with Ian Sherr, executive editor of Cnet, at our GamesBeat 2015 conference last week. Here’s an edited transcript of our conversation. 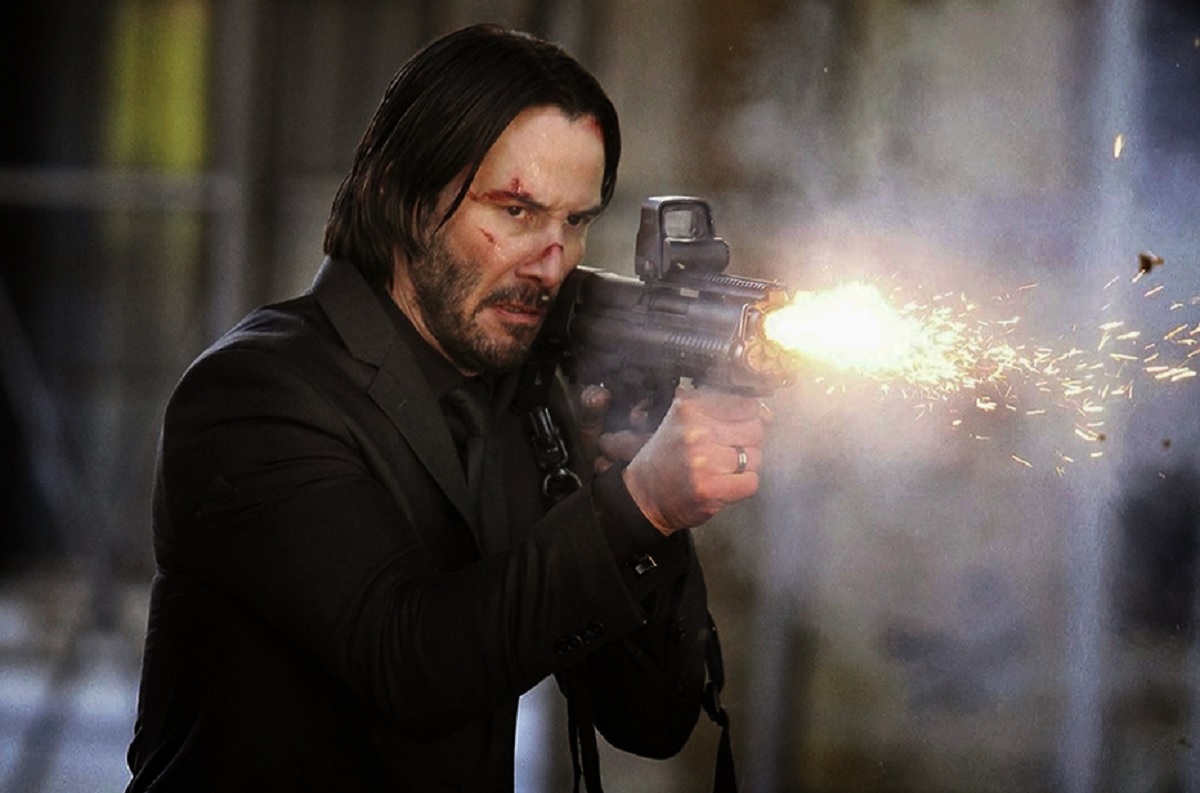 Above: Keanu Reeves as John Wick.

GamesBeat: What’s interesting to me is that the movie industry has this weird sinusoidal pattern. It invests heavily in games, then stops investing, and then invests again. It’ll do licensed games or do its own. Where we are in that pattern? Can this be done well? Can a movie company make good video games?

Peter Levin: A resounding yes to that question. Let’s reverse engineer your query.

It’s a unique moment in time. The media companies en masse are looking at the games part of their business through a different lens. You see companies like Warner Bros., for example, over the last seven-eight years, taking breathtaking strides in bringing product to life, whether it’s Arkham or Mordor. What they’ve been able to do with the Lego property, coupled to their own intellectual properties, it’s definitely a left-of-center direction versus where big media was a decade ago.

The fundamental driver is that the economics can no longer be ignored. The interactive business at Warner Bros. drove something like $1.5 billion in revenue in the last year. That’s nothing to sneeze at. But the other dynamics that are happening—With the state of the games business, you have a type of engagement you haven’t seen before. Whether that’s free-to-play, mobile, social, tablet, DLC, or—I don’t want to call it licensed properties, but partnering between intellectual property and game mechanics that are creating sustainable long-term products that live on multiple platforms in multiple environments. That didn’t exist before.

The model that used to exist was very short shelf-life, six to eight weeks, shrink-wrapped, trucked, pitched through a holiday cycle, and if you’re moving units you can sustain its life. If not, on to the next one. Now you have titles that are living for years. They’re not only driving revenue, but they’re creating a unique conduit of engagement with the audiences of those intellectual properties. We’ve not seen that before.

Across the board, you’re seeing a healthy appetite and some different approaches from different media companies to how they’re treating this business. But they’re now looking at it very much as a business, not just an extension of their licensing and merchandising exercise. 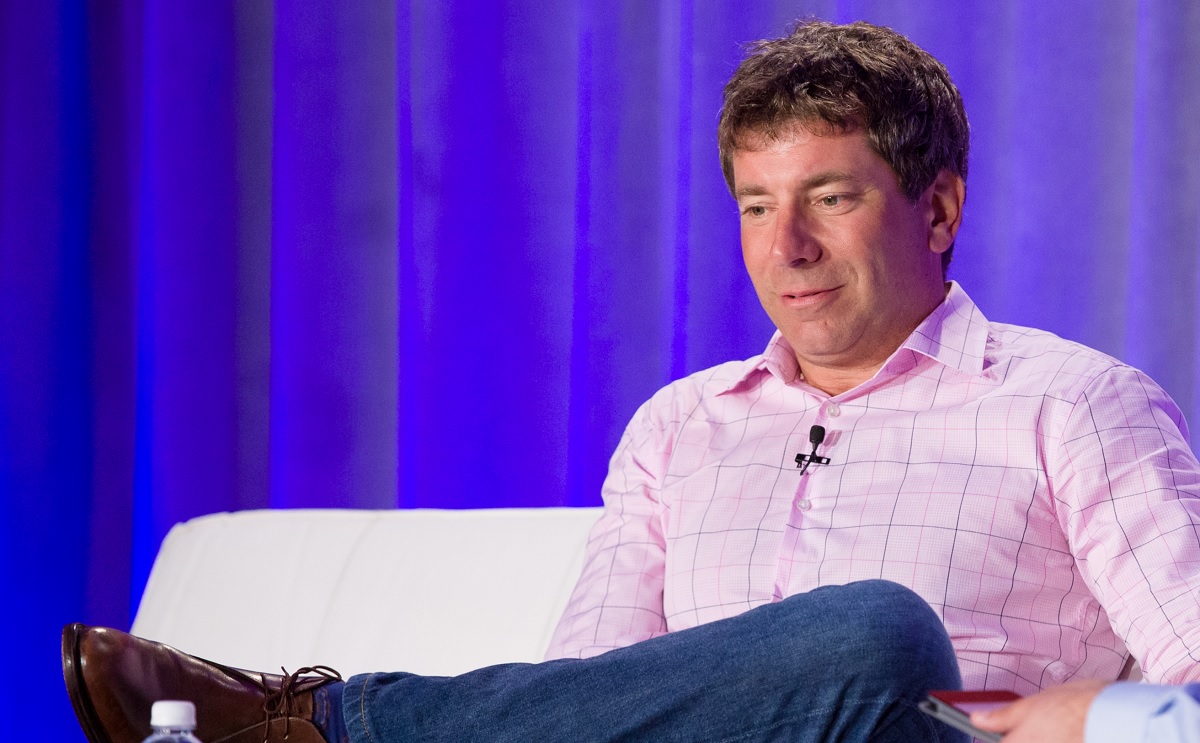 Above: Peter Levin wants to make VR games based on movies.

GamesBeat: How do you avoid the boom-and-bust that tends to happen for a company that’s working outside its core competency? We see companies that have real success with something, and then they’ll maybe not have as much success, and then pull back.

Levin: I wouldn’t say it’s not in their core competency. It’s telling stories in another medium. That is their core competency. We’re a hit-driven industry at our core. Lionsgate has as much if not more than most—we’re a content company, full stop. That’s both exciting and at times daunting. You’re adapting intellectual property in different mediums.

What we’re looking for, in terms of the adaptation of our intellectual property in the realm of gaming, is the same passion, dedication, and vision that we look for when we look for a showrunner in television, the same way we look for writers, directors, and producers in our theatrical product. We’re now considering it as contemplatively, even if it’s a nascent part of our business. I don’t think there’s any less discipline applied to finding those partners and how we deploy against it.

GamesBeat: How does VR change the dynamic here? Right now most of the noise that’s made in VR is around games. I’m sure some people in the audience might say, “No! There’s still video and movies!” But maybe you can talk a bit about how you’re looking at this and thinking it through.

Levin: In several different ways. Like every new media environment, marketing and promotion is driving a lot of the early traction. That’s very OK. How better to raise awareness for an emerging platform than to couple that experience to ginormous intellectual properties? Who wouldn’t want a Hunger Games VR experience, the likes of which our marketing department just executed against in New York in partnership with Samsung? It creates that lift, that rising tide.

Some of the very discrete games products we’re developing – we have a John Wick FPS coming out the first or second quarter of next year in partnership with Grab Games, Starbreeze, and Weaver—The interesting thing, and at its core you’ll understand this when the hardware ships, is it’s both an experience and a game. Understanding that mechanic is very much predicated on the consumption of that experience. 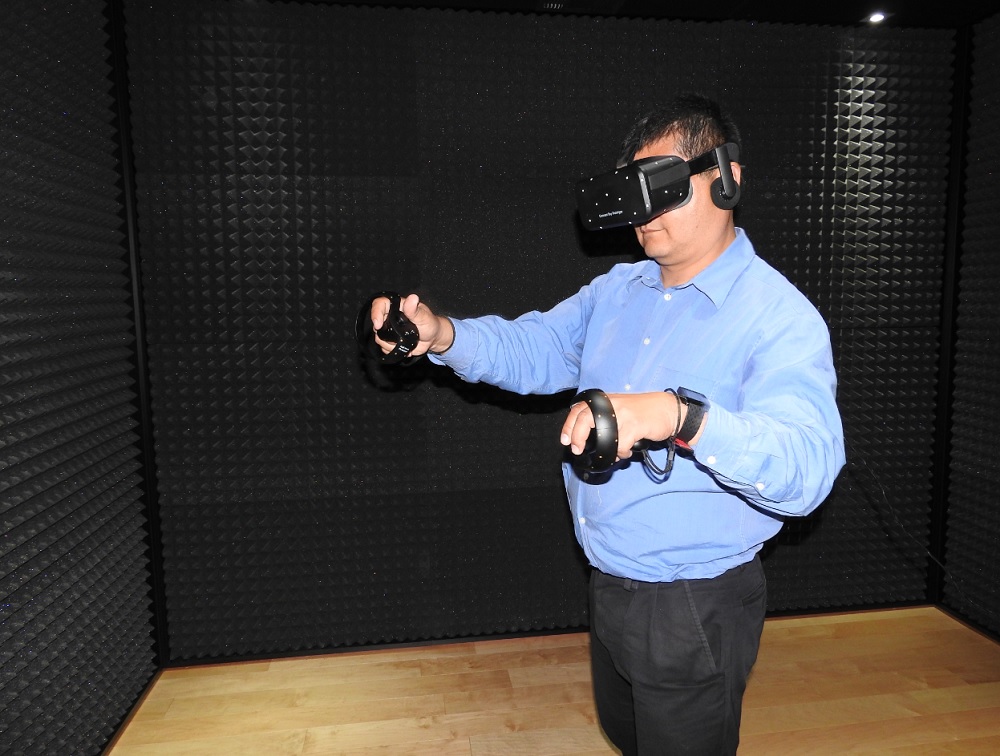 VR is giving us this wonderful hybrid opportunity, this palette to play with. The boundaries are ill-defined right now. Some of the stuff we’re seeing out of Valve right now is nothing short of brilliant. You have to rip that headset off your head. There are gaming mechanics to it and an underlying gaming narrative, but I’d argue that the experience itself is both commercial—there’s going to be episodic content that’s derivative of existing IP as well as original IP adapted within the environment.

Some of the early excitement is from the games audience. Much of that is because Valve and Steam, with 125-million-plus gamers, there’s a lot of context for gaming. Morpheus and PS4, there’s a lot of context for gaming. With those platforms you know you have the computation power to drive a qualitative VR experience. Perhaps less so with some of the other hardware. But we’re figuring it all out.

It’s one of those unique moments where it’s so much more about the steak and not the sizzle. Everyone who’s played with it is just overwhelmed. Some of it has a way to go, but everyone I know that’s put it on is wowed. I give the hardware folks a lot of credit for not shipping prematurely. Let’s wait until we get it right. This is worth waiting for.

GamesBeat: Although the first hardware is launching in November.

Levin: This is true. But some of these deadlines have been pushed. Interestingly, you don’t get a lot of negative blowback. People are feeling like this is a real thing, not smoke and mirrors, not a marketing exercise.

GamesBeat: That’s what’s interesting to me right now. At least the way Hollywood is approaching VR, a lot of it is around marketing. Finding ways to take your IP and apply it to VR is something that’s still very experimental at this stage. The best thing to do is just create experiences.