Bethesda drew huge applause last week when it unveiled Wolftenstein II: The New Colossus at the Electronic Entertainment Expo (E3). The sequel to 2014’s Wolfenstein: The New Order is coming out on October 27.

It’s going to be bloody. And like the original Wolfenstein, it will be disturbing to see how history might have turned out in an alternative world.

I caught up with Jens Matthies, creative director at Machine Games, at E3 during an interview where we walked through the vast Los Angeles Convention Center. We talked about designing a world where the Nazis won World War II and corrupted American society with Nazi culture. The Nazis believe the war is over, but B.J. Blazkowicz is back once again to gun them down.

I played the opening scene, where Blazkowicz is recovering from his wounds at the end of the first game. Even from a wheelchair, he is able to take out hordes of Nazis. 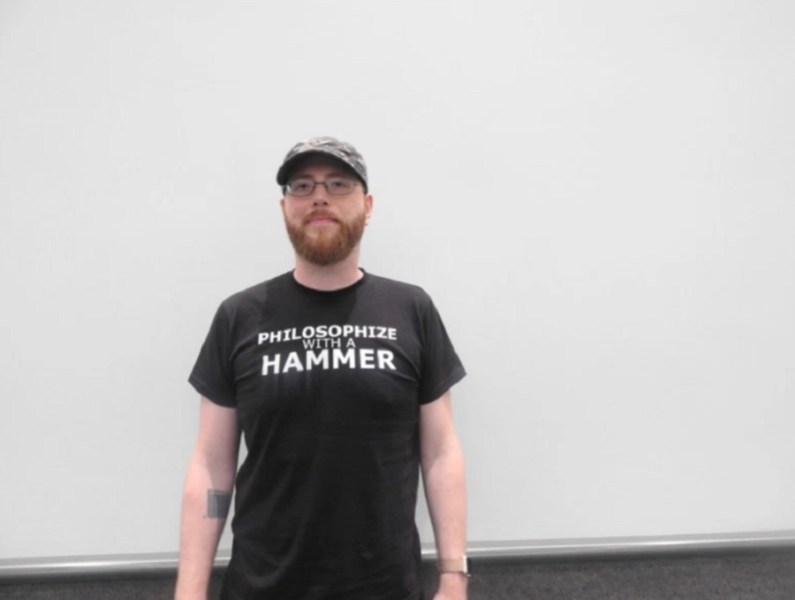 Above: Jens Matthies, creative director of Wolfenstein 2: The New Colossus.

GamesBeat: I played the demo here. I think that’s the only shooter I played in a wheelchair. Why did you want to show that?

Jens Matthies: It made a lot of sense for the plot because B.J. of course is horrifically injured at the end of the first game. We wanted to acknowledge that as this game starts. But it’s also a testament to B.J.’s willpower. Regardless of his injuries, he’ll find a way to shoot Nazis. The big question was whether we could make the gameplay fun because no one has ever really done wheelchair combat in a first-person game before. But the gameplay people were super enthusiastic, and it came out great.

GamesBeat: This idea of setting it in America seems to resonate with a lot of different kinds of entertainment today.

Matthies: In many ways this story, for Colossus, is a lot more personal for B.J. Part of that is going back to the homeland, his homeland, and seeing what the Nazis have done to it. That’s a powerful thing. It’s also super interesting because the game takes place in the early 1960s, so all that ’50s and ‘60s Americana — you see how the Nazis make that a part of their propaganda machine.

GamesBeat: It reminded me of The Man in the High Castle. There’s this whole sub-genre of literature about this kind of alternative history.

Matthies: I’ve never read the book, and I haven’t seen the show, but the core idea is the same, of course, that the Nazis won the war. I’m in a place now where I try to stay away from that kind of thing because I want our thing to be our thing. I don’t want those specific influences.

GamesBeat: What does the setting allow you to do?

Matthies: It’s not only B.J.’s homeland, but — without spoiling anything — it gets very personal for him.

GamesBeat: As far as bringing back characters — it was interesting to see Frau Engel return. I guess we knew she wasn’t dead, right?

Matthies: No, she’s alive and kicking at the end of the first game. But of course, she has a special hatred for B.J., considering the events of that game. It’s amazing to bring back that whole cast of characters and the actors who play them. This is very much an ensemble piece. We have more than 100 actors all told.

GamesBeat: Her daughter was very interesting as well. What can you tell us about her?

Matthies: I don’t want to say too much. But the character’s name is Sigrun. She’s played by a wonderful actor named Lisa Preston. It’s hard to single out specific characters as major roles, aside from B.J. and Anya. They’re all important to me.

GamesBeat: Playing the game, it seemed as hard as the original. What’s changed on the gameplay front?

Matthies: We rebuilt the game from the ground up on a new engine. We’re on id Tech 6 now. It’s a little custom-tweaked for our needs. But that’s a whole new art pipeline. As far as the first-person experience, we now have a full body model. You can dual-wield weapons independently. In the first one, you could only dual-wield two of the same weapons. It’s all been rebuilt, basically. We’re happy with how it felt in the first one, though — the movement, the controls. We very much tried to maintain that feel, even though it’s all new tech and new animation.

GamesBeat: What else would you say is important for maintaining that Wolfenstein feel?

Matthies: We wanted to make it as immersive as possible. We’re big believers in making you feel like you’re there, that you are B.J. Blazkowicz. Everything we do in terms of narrative and gameplay is an effort to support that emotion — being in this world and doing these things.

GamesBeat: Is your team bigger now?

Matthies: Yeah, we’ve grown a bit. The exact number is a company secret. We like to keep the team as small as possible, though. We’re big on having a family feeling within the studio. Everybody knows each other. Everybody hangs out. We’re in Uppsala now, which is about 100 kilometers north of Stockholm. 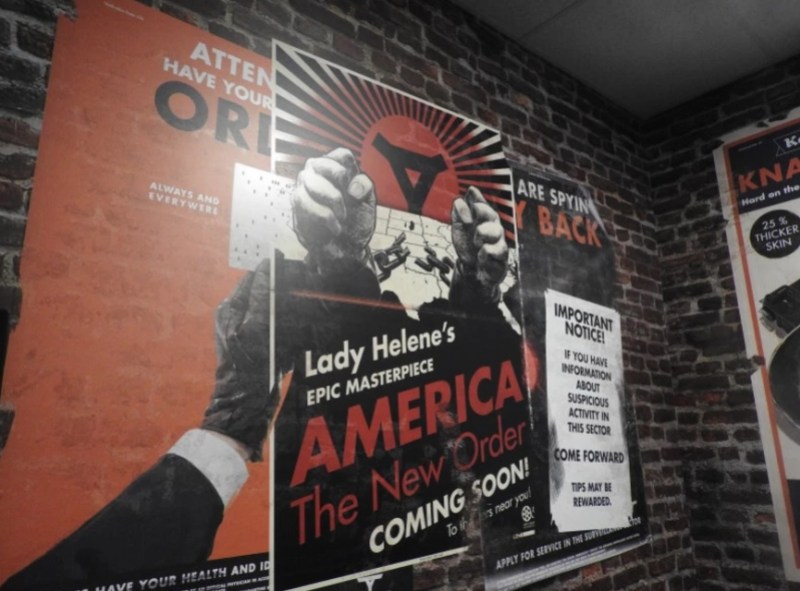 Above: Wolfenstein II: The New Colossus posters at E3 2017.

GamesBeat: Are you doing a lot of the same investment in creating the culture of the world? Last time, you had a lot of interesting music and other details like that?

Matthies: Oh, yes. We’re exploring all of those things. There’s so much about the Americana of that period that’s iconic and interesting. It’s fun to see how the Nazis would subvert that.

GamesBeat: It was cool that you could keep this game so secret ahead of the release date. October 27 isn’t far ahead.

Matthies: Well, there were a few leaks. But it’s wonderful to finally be able to reveal it. The reception has been overwhelming.