SEATTLE — When Microsoft announced a few years ago it would reboot the Killer Instinct fighting game, fans were ecstatic. The original game came out in 1994, but now it would come out as a free-to-play game on the Xbox One video game console.

But Shannon Loftis, the general manager of Microsoft Global Games Publishing, said in a talk at the IGDA Leadership Summit that at least one of the characters from the series didn’t age well. The development team wanted to bring back Chief Thunder from the first Killer Instinct. But as they designed the modern character, they realized that the it made sense to make a culturally sensitive version of the Native American warrior. To do that, they enlisted support from a Nez Perce tribal member in Washington state.

Welcome to modern game design, where companies have to be aware that their characters and games should be more inclusive so that they don’t offend a larger part of an audience. That’s even true for fighting games, which in years past have been full of cultural stereotypes.

Loftis pointed out that women 18 and older are now the largest demographic in gaming, according to the Entertainment Software Association. African-American youths play 30 minutes a day or more than white youths, according to the Kaiser Family Foundation. Hispanic youths play 10 minutes more per day, on average. 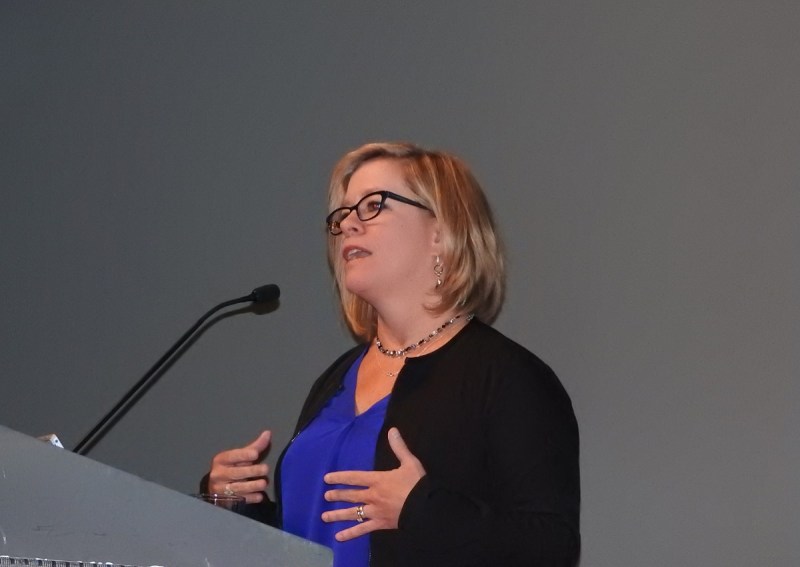 Above: Shannon Loftis, head of global games publishing at Microsoft, speaking at the IGDA Leadership Summit.

But there are some obvious problems with the approach of game designers to their characters. Fewer than 3 percent of video game characters are recognizably Hispanic, and almost none are playable. African-Americans are 10.74 percent of characters. Women are more prevalent, but many fit into old tropes.

“What are we leaving on the table by not having more inclusive content in our games?” Loftis said.

Loftis said Microsoft has gone through its own process of figuring out the balance between creative freedom and encouraging diversity.

Rather than place a ban on what game developers can create, Microsoft provides more education and states its goals of “holding ourselves accountable to a broader demographic,” Loftis said. The message from gamers: Make content more inclusive and people will play more games.

“The world is changing, and it intensified last year,” Loftis said, in a reference to the controversy around Gamergate and the issues of race and sexism in games that it spotlighted. Bonnie Ross, who oversees the Halo franchise and 343 Industries, led the effort to come up with guidelines. Loftis said that Ross understood that “the second you tell a game creator ‘thou shalt not,’ that’s what they want to do. Censorship is the opposite of creative freedom.”

So Microsoft set goals rather than bans. The team wanted to create inclusive content, and it did an audit. Loftis said she can’t share the details. But she said, “Are we perfect? No. Are we really bad? No.” One game happened to have a character based on an Asian stereotype. The team, advised by IGDA executive director Kate Edwards, figured that out and changed it.

“We’ve had missteps,” Loftis said. “It’s easy to look back at Microsoft games that had characters that should not have been released. We have a general intention to do the right thing.”

But Microsoft set up an aspirational set of beliefs to motivate and inspire people to create respectful content that they can be proud of. Respect for gamers was at the top of the list of the beliefs. She said that another one of the beliefs is that Microsoft should have respect for the medium of games as an opportunity to tell beautiful stories in an interactive way. The core belief statements aren’t quite done yet.

“We realize that everything we do as individuals, as gamers and as Microsoft sends a message to the world about what gaming stands for,” she said. “We are not just representing the Xbox team, but representing teams that sell operating systems. We really want to live our values.” 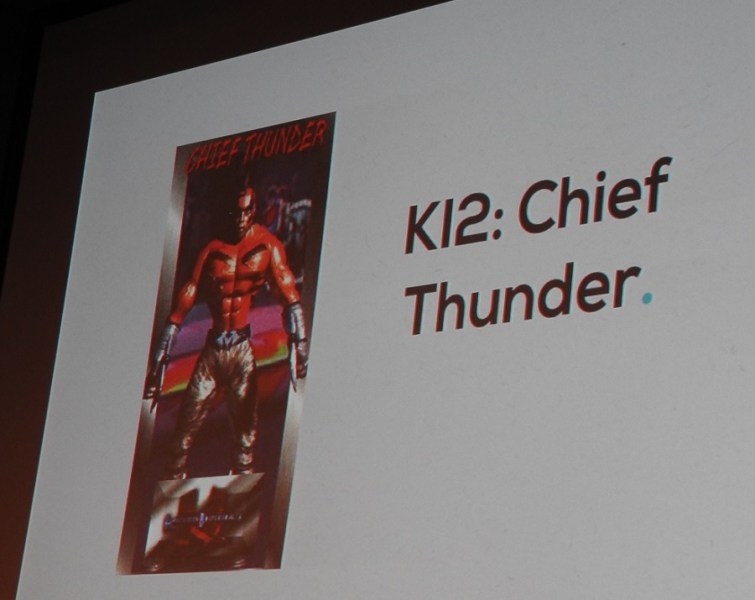 With Killer Instinct, “many of the characters don’t hold up well under today’s standards,” she said.

Chief Thunder from Killer Instinct was “well-intentioned” attempt at creating a Native American hero. He was one of the most popular characters, and series creator Rare wanted to add him to the new game, but in a respectful way. The original team had no Native Americans. The new game was created by Double Helix Games, Iron Galaxy Studios, Rare, and Microsoft Studios under the supervision of Ken Lobb.

Microsoft contacted Josiah “Black Eagle” Pinkum, an ethnographer and member of the Nez Perce tribe of Native Americans. They invited him in to visit developer Double Helix and review the old character. He spent a day with the team, which explained to him that they wanted to “take risks” and create an “extreme character” based on real cultural values. They talked about how would a Nez Perce celebrate on defeating an enemy. He advised them to create someone who was “culturally heroic.” The character at the top of this story was the result.

“Thunder has been a big hit, and hopefully we created new gamers along the way,” Loftis.

Now, as for the design of the Cortana character in Halo 4, well, as Loftis said, Microsoft isn’t perfect. 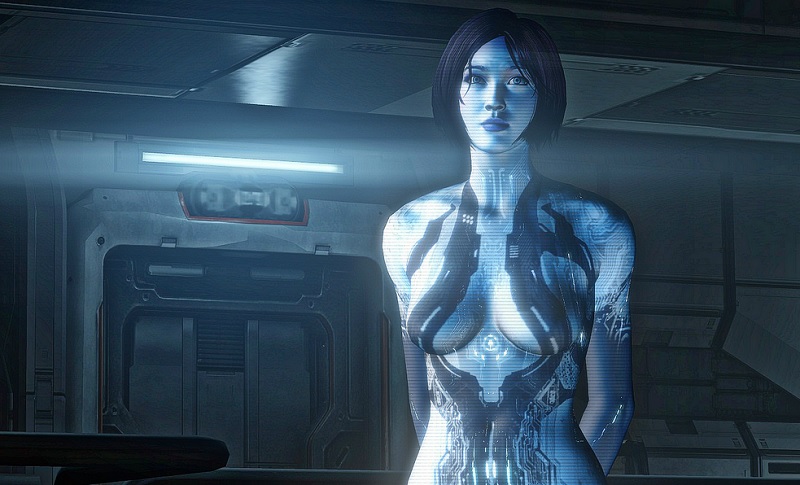 Above: Cortana, the AI character, was much more sexualized in Halo 4 than in previous games.

Updated on September 7 to clarify Chief Thunder’s first appearance in the 1994 Killer Instinct as well as Rare’s involvement in the 2013 version.