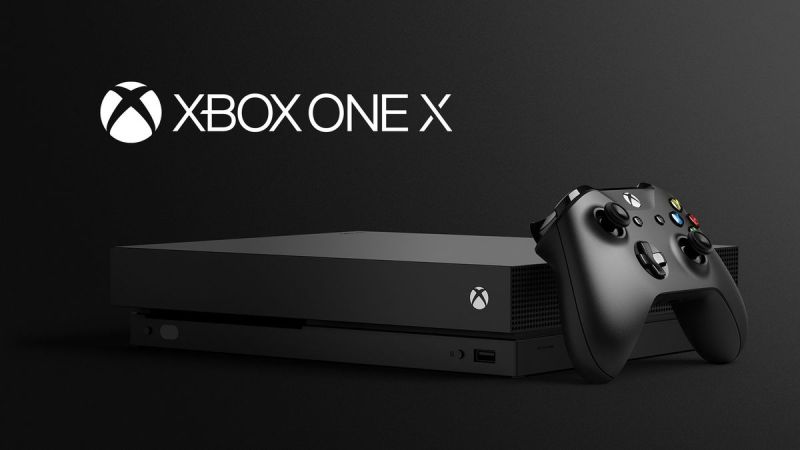 Above: The new Xbox One X.

GamesBeat: For Phil, how do you handle the sensitivity of promoting a peer to be the chief, and making sure that all the other people who might have wanted that same job are happy?

Spencer: In any function, in any industry, it’s something you need to think about. The first thing, which starts with me, is the team of our studio heads and how cohesive that organization is. This will sound kind of cheesy, but it’s a team of teamwork. The teams are all pulling together. They don’t view each other as competitors. It’s about how they can help each other. That’s a great starting point.

In discussions with the other leaders—I did actually have discussions with each of them about the structural decision to put a head of studios in place. They were all supportive of that, and frankly looking forward to creating a studio culture where, especially as we’ve been investing more in Xbox games that isn’t as visible yet—they’ve seen the investment happening. They know that culture around content creators coming together to learn from each other and build on each other’s innovations is critical.

So it started by having the discussions, before making a decision about Matt, on the org itself. Matt came back through my discussions with my leaders, like Bonnie and Rod and other people, as the person they wanted. That team voted for Matt even before I voted for Matt formally and made the decision. It doesn’t always happen that way. When it doesn’t, it becomes a challenge. This has probably been the easiest promotion from that level that I’ve had, because all of the leaders have been so supportive of Matt.

You bring up something, though, that — as a manager and leader in the organization I want to stay close to and make sure I’m supporting all of our studio heads. Luckily, Shannon and Rod and Craig, they’re not shy about giving me feedback on how things are going. Communication will be key. But this was really supported by them, even before we made the final decision.

GamesBeat: Matt, what kind of decisions will float up to you and stop with you? The kind that you’ll need to make, as opposed to decisions Phil might make or a studio head might make.

Booty: I anticipate that they’ll fall into two categories. The first is, there’s a lot of operations material that happens as part of being part of a big company like Microsoft. Everything from budgeting to tracking all the folks that we have working in the studios. Even things that are just very day-to-day, like where do we all sit, and how can we form a culture by being closer to each other?

There have certainly been times over the last three years where the studio heads, working individually, we have these jump balls that have to be taken to Phil to referee, or we all look at each other and wait for someone to blink. This will be an opportunity to get in front of that and be more proactive, so we can solve things as a group. I don’t think that’s because of any lack of skill or desire to do that. It’s just that we haven’t had the luxury of having someone in that role, where that’s their day-to-day job.

Much more important, though, I think there’s a real opportunity well above the reality of running a large business, which is the opportunity for the studios to build some bridges between each other. As Phil pointed out, the studio heads really do get along with each other, spend quite a bit of time meeting together and thinking about how we can support each other, but getting studios together for things like—let’s get all our art directors together. Let’s have some opportunities for studios to visit each other and see what they’re doing in terms of technology.

Those things take time and coordination. They need a dedicated team to make that happen. I’m most excited to think about the opportunity of bringing the studio cultures together, so they can learn from each other, and really being of service to the studio heads so they can go after some things around culture, around operations, and around getting ourselves best positioned behind the overall strategy. It just takes time in the day. We all feel fortunate that the company has a commitment to first-party content, to the extent that we’re willing to dedicate a leader focused on helping studios and moving our first-party content forward. 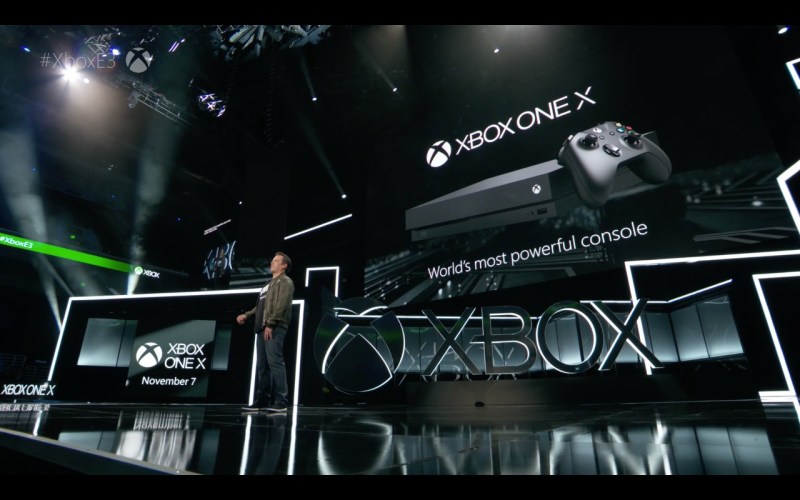 GamesBeat: Do you foresee doing things like managing some centralized services for all the studios?

Booty: We have some things that are centralized, testing and things like that. But to be clear, our studios have unique cultures. The Halo teams inside 343 do things in a unique way that’s best for that game. That’s very different than what happens on the Sea of Thieves team, which is different from what happens on the Minecraft team.

Having followed the industry, I’m sure we could all come up with stories where there have been pushes to get people on common tech, or just to homogenize the culture across studios. That’s not a goal of mine, not something I’ll be focused on from the outside. More to the point, it’s going to be helping expose the studios to what’s unique and innovative in each of our studios. Maybe we can get some cross-pollination and shared learning there. But there’s no push to centralize or get everyone working on the same game engine. I’m a strong believer that with big franchises like this, the studios will optimize for what’s best for their franchise. It makes sense to do what’s best for the individual game.

I can’t stress enough what a privilege it is to walk into a situation with world-class leaders running these studios. I had a chance to look after Turn 10 for a while and work closely with Alan Hartman for a couple of years before moving on to Minecraft. Exposure to that studio and Alan’s leadership team—I just have tremendous respect for what they’ve done with the Forza franchise, how they’ve built and expanded it, how that studio is run. If anything, it’s going to be amplifying and focusing the teamwork we’ve had across the studio heads to date.

GamesBeat: If I were to summarize some of what floats up to you —  I guess it’s things like budgets, number of developers, deadlines, that sort of thing, having a centralized view of all of that?

Booty: I believe that as part of studios, my job will be to look after all the schedules, look after the deadlines, look after the overall group, the plans and tactics of how we execute on content. Phil’s role will be to outline and spell out the strategy for us. I’ll take that as the next step to figure out how studios execute on that. That does include responsibility, top to bottom, for all of the budgets, the headcount, where we’re spending our money, where we’re focusing which developers we’re working with, and how we expand and grow our content lineup growing forward. 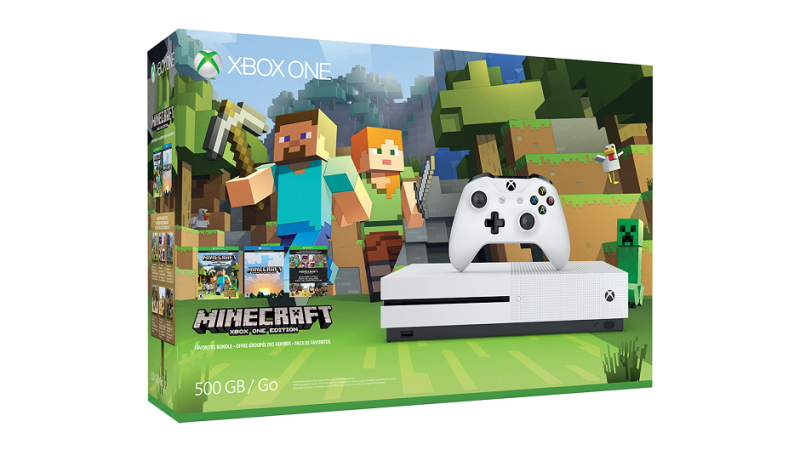 Above: Xbox One S Minecraft bundle.

Spencer: I’m not deaf to the meme out there regarding our content and our need to invest more. Definitely, we are at a point where we’re investing more and we’ll continue to do that. When I look at Matt and his responsibility with his team, it’s about charting our future in first-party content. I feel like with each one of the leaders we have, there’s an existing plan, and I feel good about that plan, but we know that the plan all-up for studios is expanding. Having Matt’s leadership there in navigating the expansion, what bets we make, the teams we bet on, the teams we create, is going to be critical.

Some of it is with the existing leaders we have there, and there are always opportunities to do more with the teams we have. But also, as we expand, having a leader in place so new investments can be driven and land in the strategy we have is going to be critical for me. That’s really where I look at Matt’s focus: both the existing franchises, and equally, if not a little more, thinking about our future content and how that growth happens in a thoughtful way, a way that delivers for our fans.

GamesBeat: Phil, could you reiterate what you’ll be focusing on, if Matt’s doing his job?

Spencer: The discussions with the senior leadership team at Microsoft, and Satya Nadella specifically, are really around the gaming opportunity globally for Microsoft, across all aspects of what we do. There are more than a billion gamers on the planet today. We reach a small portion of those with the work we’re doing. We love the work and the console experiences we’re delivering there. That’s the core to our brand and our value, what our customers love us for. But there’s also an opportunity for us to do more, to continue to expand where we reach customers.

In charting the all-up gaming strategy for the company — areas Microsoft has invested that can help us in our growth, new areas we need to go invest in that maybe don’t talk back to traditional Microsoft, but create new opportunity for us — that’s the area that Satya is really asking for us. We’re going to be talking more about this through the spring.

When you think about how we enable game developers everywhere to reach their customers in a deep and thoughtful way that’s beneficial for customers as well as the developer—thinking about different ways of delivering content to gamers wherever they are, the big opportunity that many companies see—gaming is a very important, growing business on a global scale. Some of the biggest companies in the world are investing in it — some of them more openly, some of them maybe without announcements yet. When you think about the Microsoft gaming ambition, it’s to be one of the leading companies in gaming. That’s my job: to build the strategy, build the team, invest in the right leaders, and navigate us to that opportunity.