The Oslo, Norway-based startup raised $20 million to create a game show, Lost in Time, where contestants are filmed performing game show challenges in front of a green screen. The Future Group then adds an animated world around the contestant, so to the viewer at home, the contestants appear to be completely immersed in a castle or an abandoned mine. On top of that, the audience can play the same challenges on a mobile app, where they can see how they would do in parallel to the contestants. 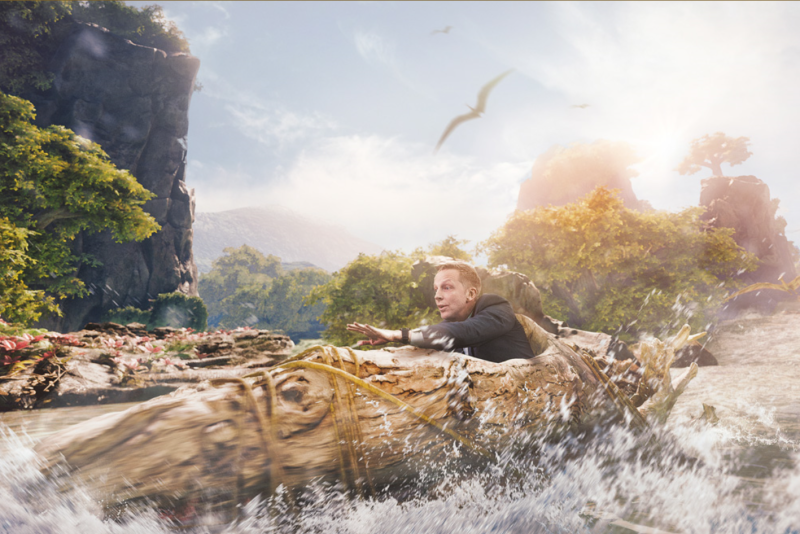 Above: Lost in Time.

“It’s almost like a window into another world for those contestants,” said David Jagneaux, gaming editor at UploadVR and moderator of the talk. “The people at home get to see an entire world surrounding the contestants, but it’s not just a passive viewing experience for them.”

All 24 tasks that the contestant is undertaking are available in an app for the home audience to play. The show features the Unreal game engine, and the point was to get young people who don’t watch game shows to come back.

“We see great enthusiasm among the viewers,” Lyse Einarsen said. “We have average session lengths of more than 18 minutes, which is unique for a mobile app.”

The end result is a lot more engaging than watching people compete on an obviously fake TV production stage. But it’s also a lot more complicated, as game developers have to make sure that they complete some tasks on time for the TV show to hit its production schedule, Lyse Einarsen said. But that’s what made the project fun.

“It really felt like a frontier,” Lyse Einarsen said.

The technology could extend outside of game shows. Lyse Einarsen mentioned that the Future Group has a product called Frontier that does live renders.