But was this always the case? In short, the answer is no. It started in 1997 with Nokia’s hugely successful game, Snake, which came as a feature on the phone itself. Users didn’t need to search or download a thing. Today, getting your hands on a mobile game requires searching, or browsing by categories, sometimes spending money, and then downloading it on your mobile device. 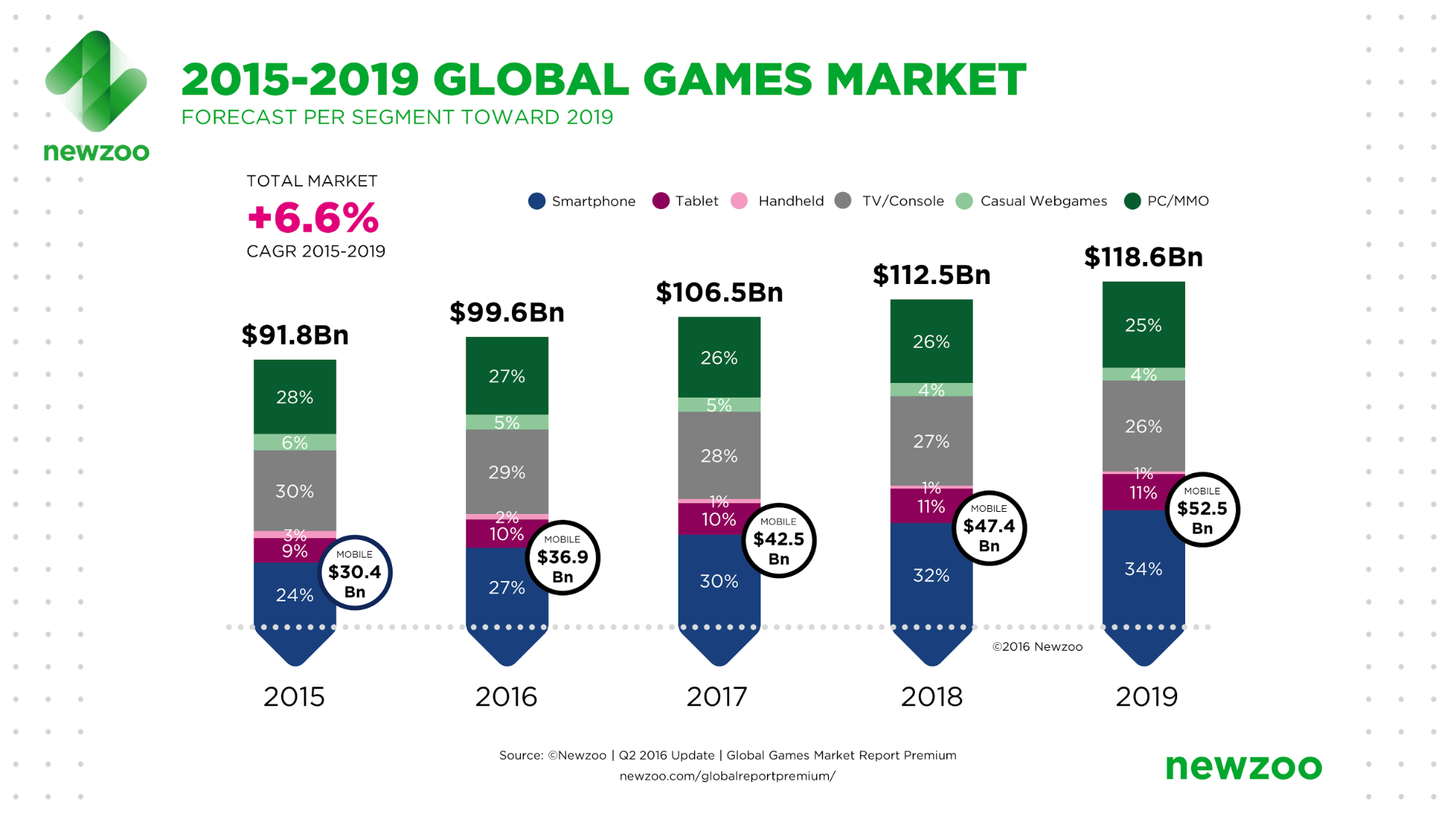 The dawn of mobile

Japan was the first country to commercialize mobile games in 1999 through NTT DoCoMo’s I-mode platform. This spread through to Asia, Europe, North America and eventually the rest of the world where smartphones were available. It was only in 2008 when Apple launched its app store that the concept of gaming changed dramatically. Screens had color, consumer behavior changed, and almost everyone with a smartphone began downloading games.

As phones got smarter, so did the games. One of the earliest examples of this evolution is Namco, the games developers who utilized the mobiles’ camera for its fighting game in 2003. Users created a character by using the camera and after assigning speed, and power, they could send the photo to friends’ mobiles and start a battle. Panasonic also released a game the same year utilizing the camera – a virtual pet that was fed by photos taken of food.

Mobile breaks out of phones

Although playing games on mobiles is easy and fun, it sometimes brings with it inconveniences. We’ve all experienced the pains of playing for too long; painful neck, sore eyes from staring at a small screen for too long, and the nuisance of needing to plug in when the mobile runs out of juice.

The last few years have brought with them changes to the mobile gaming industry in that we can now play games that were once restricted to mobile, on desktop. Android emulators such as Andy allow users to play almost any game on PC and Mac in exactly the same way as they would on mobile.

Whether it’s Candy Crush or Minecraft, having a larger screen to play on is transforming the mobile gaming world. We are no longer limited to mobile screens when playing mobile games. In fact, people have cracked the code and are even playing Pokémon Go on desktop.

Advertising: We pay with our eyes

The significant rise in mobile gaming has drawn advertisers, as it presents an opportunity to easily reach millions of users.

Because of the high demand for free mobile games today, in-app advertising platforms like Appnext have become a way for app developers to connect with each other in order to advertise their game within other games. The mobile gaming industry had to evolve and get creative with new forms of revenue: in-game ads like rewarded videos are quickly becoming the norm.

The frustration of not being able to move on in a game, for example, needing to wait for crops to regrow in a farming game, combined with the ease of watching a short video, provides advertisers with a recipe for success.

Women now make up a large portion of the mobile gaming market. But this wasn’t always the case. In the 1990s female gamers were regarded as a minority, but surveys show that female gamers in the United States increased by 40 percent in 2010 and 48 percent in 2014. The numbers have balanced out and now mirror the male to female ratio in our modern society.

For large games such as Candy Crush Saga, which is in the top 5 most downloaded games, the number of female gamers is staggering. 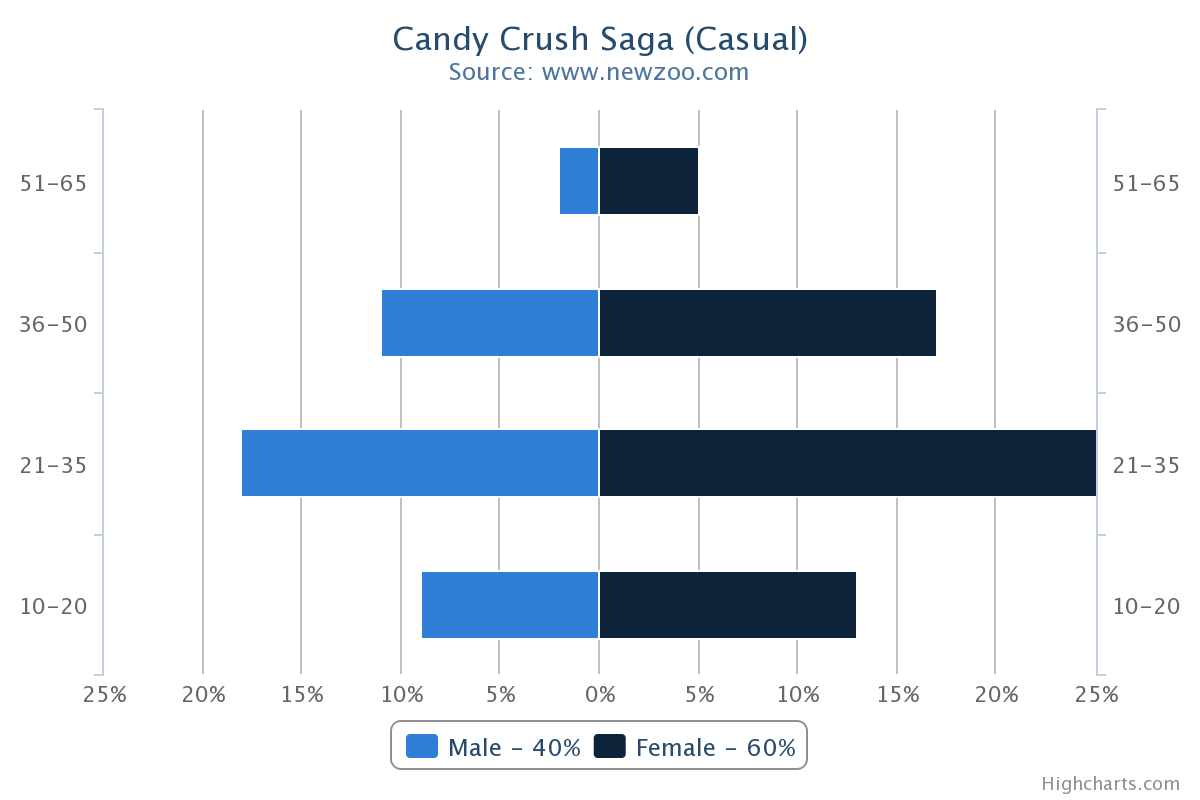 In more recent years, Kim Kardashian’s Hollywood game made the App Store top grossing charts, changing the landscape of the mobile gaming world which until now was aimed almost exclusively at teenage boys or men in their early twenties.

In fact, a recent study revealed that women make more in-app purchases than men. Thirty-one percent more to be precise, and they spend 35 percent more time in gaming apps compared to men. This indicates a shift in the mobile gaming industry, in that the audience is no longer mostly men.

Since 80 percent of internet users own a smartphone, it is no surprise that more mobile games now require connectivity. This serves the purpose of making in-app purchases (such as more lives in Candy Crush), to show ads in the middle of games, or simply to cater for the multiplayer option in games such as Minecraft, Words with Friends, or Pokemon Go!

This means that for some games, if you’re in airplane mode you can forget about being able to play. Before internet access was available on mobiles we could play any game at any time. This is no longer the case as some games are only playable with a connection to the internet.

Today, developers are utilizing connectivity to also keep gamers at their screen for longer by instilling a sense of competition. Leadership boards might be a thing of the past, but Plarium have recognised that users still have the need to discuss things that happened in-game, and are doing so on external forums as the infrastructure does not yet exist.

The mobile gaming world has transformed at lightning speed over the last 10 years, and there is no doubt that it’ll continue to grow and evolve in ways we cannot imagine. With augmented reality and virtual reality now at our fingertips, I’m excited to see what other developments are coming our way in the next 10 years. I’ll see you in 2026 for another round-up.

Noam Dvir is a London-raised tech writer living in Tel Aviv. Between playing fetch with her dog Batman and trying out the latest gadgets and games, she writes about trends in the tech world.